Children with ADHD often cause classroom disturbances or other behavioral problems. Here are ideas on how to control that.

Often when ADHD (Attention Deficit Hyperactivity Disorder) people are forced to think fast on their feet, make multiple decisions or are backed into a corner, they will try to self-medicate through confrontation. By causing a situation to escalate, they are boosting their adrenaline in an attempt to gain control. It is common for ADHD children to push buttons and create classroom disturbances in order to gain a sense of control and stability. This can get them into much trouble and can become a self-destructive coping technique. Soft, controlled responses and time-outs work well to de-escalate when they are becoming confrontational.

Athletic coaches and military drill sergeants have known for years that one of the best ways to get someone to be more receptive to training is to have them run a few laps or "drop and give them twenty".

Physical exertion is a very positive way to increase the adrenaline and therefore the dopamine levels in the brain. Many of our best athletes have ADHD. They have used activity to self-medicate. Not only does the ADHD athlete gain from the increased dopamine, but the fitness also aids in a more efficient use of the body's resources.

However, when an ADHD child is having difficulty in school or with behavior, one of the first ways both schools and parents try to deal with the problem is to take away athletics. I would suggest more physical activity as a method of helping the student, not less. However, I know that some sports can be so demanding on time and energy, that this may be the only reasonable solution. Be careful, because that sport might be the only way this child gets success and might be the only reason to keep trying in school.

I know a teacher who gets permission from parents to use physical exercises like push ups for disciplinary purposes. The students respond well to this method.

I had an ADHD student who had such a difficult time sitting still during an assembly that I had him and me run around the school twice before we went back in and sat down. This type of immediate approach also allows the student time away from the stimulus that caused the problem, thus reducing the need for the additional neurotransmitters.

In Modesto, California, a physical education teacher came to me during a break at an in-service I was giving at his school. He said that he has had problems with certain students who purposely confronted him, the other coaches and players. He had heard me say that the best thing to do when a student is becoming confrontational is to find ways to de-escalate by backing off, softening your voice, and providing space to calm down. He expressed concern that if he backed down from the student, that the student would use confrontation to manipulate every situation. I impressed on him that it would be wrong to back down, but letting the situation cool before administering discipline will help the student learn from the situation and learn that confrontation does not work. Eventually, confrontations should decrease because he is not achieving the goal of boosting the neurotransmitters and thus he does not gain control using this method.

Time-outs are definitely one of the best ways to achieve calm in a classroom. The best discipline for an ADHD child is one that is immediate, does not allow for increase of tension and allows the emotions of all involved to subside. However, time outs should not be long in duration. Five minutes is usually enough. The real correction occurs at the moment of being separated from the rest of the class.

One time, one of my students refused to go outside for time-out. I sent the rest of the students outside for a five-minute time-out. He did not like the isolation and tried to come out with the class. He never tried that again!

Another approach to de-escalating a situation involves providing specific options or choices. Since ADHD children, have a difficult time thinking and acting especially in stressful moments, providing limited choices helps them think while allowing them to keep a sense of control. For example, if a child is not doing his work properly, a teacher could give her the option to work right or take a time-out. The choices do not have to be equally good. In fact, it is best to make the right choice obvious and the wrong choice distasteful. However, be willing to let the child choose the wrong one. Otherwise, it would not be a choice at all.

By keeping in mind that ADHD people are seeking balance and control, we can learn to respond positively and provide options which can help them achieve balance without self-destructing. It is my greatest hope that no person give up on success.

I wanted to share this idea that was brought up in ADDtalk. I think it's great and I want To thank Carylin for giving me permission to share this:

On cleaning their rooms- what I mean by 'visual pics' is this: I cut out actual pictures from ads or magazines of a neatly made bed, dresser with closed drawers, books on shelves, shoes in a row etc. and stick them on index cards (so I can add or change them when needed).

When room cleaning time comes instead of a long list or one at a time verbal instructions that I continually have to repeat or check up on I just select the cards I need and stick them on the wall or a poster board for them to refer to. Then they can bring each card or all of them to me to check if they are done and how they compare to the picture.

This works for the bathroom too. They especially like the cards I've made with the big NOT sign on them- you know, the circle with the slash in it. Like the no smoking signs. Since on of mine is dyslexic and can't read he really grabs on to these. We have one with the cap off the toothpaste and the stuff all smooshed out &NOT. And even one with chewing gum on the bedpost & Not These actually make it fun-more like a detective game to figure out. (the last is really a reminder to wear his orthodontic headgear at night!)

We use this at the grocery store too. It beats list making to take coupons with and send them on a"special mission" to find and identify such and such a cereal. Although we don't always use the exact coupon item- it always helps us not to forget the spaghetti sauce or peanut butter!

About Rick Pierce: The Hyperactive Teacher

During his tenure as a sixth-grade teacher, he has searched for methods to be successful with ADD for both himself and the students that he so closely understood. He has also experienced the skepticism or lack of knowledge about ADD among teachers and parents alike and is now committed to help train teachers and parents to work together for the ultimate success of these students.

Rick has a California Teaching Credential and Bachelors Degree in Business Marketing. He has worked as a sixth-grade teacher, supervisor, salesman, retail store manager, marketing director, and is currently running his own business.

next: Medication Guidelines for Children with ADHD
~ adhd library articles
~ all add/adhd articles 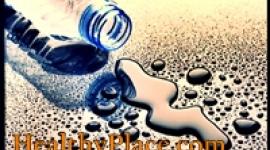 Employment Accommodations for Adults with ADHD

What Is a Positive Behavior Plan?

Men and Sexual Rejection from Women
women and sex

Because men are allowed to express themselves sexually from an early age, it gives them more confidence in the sexual arena. But the trugh is that they let their guard down here makes them…