2 Ways to Reduce Irritability for Your Mental Health 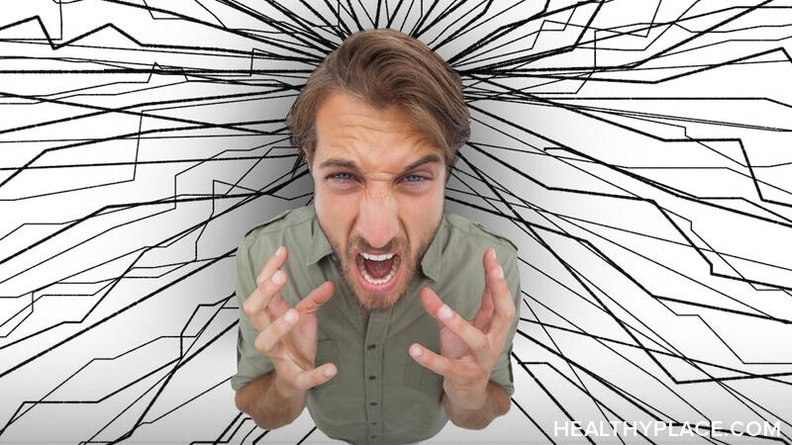 If we reduce irritability, our experience of life changes. Irritability can be a side effect of many mental illnesses ("Irritability and Mental Illness: Just Stop Already!"). However, your day doesn't need to be controlled by irritation.

Reduce Irritability by Focusing on What You Want

We need to reduce irritability because it can completely remove us from the present. Let’s take the example of going to a restaurant with a friend. If you’re focused on noises you’re hearing (like someone slurping soup behind you or an intermittent dinging in the kitchen), something that looks out of place (such as your friend’s wrinkly collar), or someone else's negative conversation (maybe the couple behind you having a fight or a parent disciplining a child in a way you don’t like), it’s impossible to fully hear the person you’re with. These other distractions keep your focus instead. That’s not only robbing you of the experience of being with your friend but also robbing your friend of your presence and your full listening ("How to Be a Good Communicator in a Relationship").

If you instead listen for not only your friend’s words but the world that person lives in, you’re captivated by that person and those other items bother you less. Practice being captivated by the actual situation, and you’ll likely also get the byproduct of being present.

I recently took a personal development program and found myself constantly irritated by the noises in the room. As I focused on those things, I noticed that took me out of the actual course and I missed chunks of what the leader was actually saying. I robbed myself of the full impact of that class by focusing on small, insignificant things.

Keep a Mental List of What Reduces Your Irritability

Some of us keep a list of things that irritate us, rather than what reduces that irritability. Personally, I’ve shared most of my irritations with my friends, to the point that I noticed people apologizing for ridiculous things (like accidentally dropping some batteries on a table) just because they don’t want to see me get irritated.

However, keeping (and sharing) a list of things that make you less irritable can shift your focus to seek those things instead of avoiding those that irritate you. Are you irritated by certain sounds? List sounds that bring you peace and joy. Are you irritated by smells? Write down smells you love or that have great memories associated with them.

I’ve found that both of these methods have helped me reduce irritability in my life. They certainly take practice, but the end result is a much happier and more present life.

Reduce Clutter for Better Mental Health
The Benefits of Meditation: Getting Blissed Out
Dr Musli Ferati
November, 12 2018 at 9:11 am

Your smart suggestion to reduce irritability give us opportunity to put in order daily life. In addition, when it is known that we as emotion subtle creature are taking the risk of my psycho-social stress experiences. However, each person must avoid provocative circumstances in order to save self-control, as crucial step to optimal global life functioning. The ability to practice positive and kind events and activity indicate also efficient way to reduce irritability. In real life these two precursors are difficult demand to realize in any time and at every place,as well. So, we should seek others recreation and relax undertakings that would reduce daily problems. It is our genuine intuition and knowledge to find out any appropriate way to free oneself from psycho-social provocative moments.

Thanks Dr. Musli - if only it were easy to remove psycho-social stress moments! And for sure - making the time to relax and do self-care is extremely important in reducing irritability.

This is such a smart quick reference read, and so helpful! Irritability is one of those things we often don't think about on its own, or kind of skip over but it can be hugely triggering and cause other problems to be significantly increased. From sitting in traffic, to dealing with difficult co-workers (or family members) keeping irritability in check can be hugely empowering. Great read!

Thanks Lizanne - those are especially poignant considerations with the holidays coming up (family and traffic). I remember when my psychiatrist said something to the effect of, "There are no irritable people; irritability is a symptom of something else, and many times that's mental illness." I'm not sure I totally agree with that, but it's an interesting perspective to consider!