There are three lies rape victims believe, and these lies are common. One in six American women and one in 33 American men will be sexually assaulted at some point in their lives, according to the Rape, Abuse and Incest National Network (RAINN). That's just the ones who reported the rape, and RAINN estimates that 68 percent of rapes go unreported. I've heard that if you factor in unreported rapes, it's one in four American women and one in 10 American men. This raises the questions "Why not report it?" The simple answer is usually one of three lies that rape victims believe.

Rape Lie #1: I Was Drunk/High, So I Deserved to Be Raped

I saw an example of this thinking just this morning. The author of an article challenging the statistic that one in four women are raped at some point during their lives argued that the question, "Have you had sexual intercourse when you didn’t want to because a man gave you alcohol or drugs?" was misleading because a "yes" was considered rape. He wrote:

In other words, a women who regretted a one night stand after a night of drinking was considered as having been sexually assaulted. The ambiguous nature of the questions and inclusive definition of rape is evident from the following statistics. Only 27 percent of the women Koss counted as having been raped identified themselves as rape victims. Moreover, 42 percent of labeled rape victims, went on to have sex with their attackers at a later date. 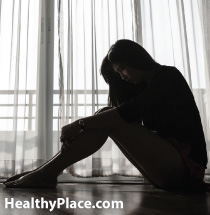 Well, I got news for you, pal--sex without consent is rape, period. It doesn't matter what the victim believes or how drunk she was. It doesn't matter if she is in a sexual relationship with the attacker. No means no, and as my youngest brother once said, "It's the same in any language."

This is something I'm very passionate about because I was sexually assaulted after a night of partying. I said "no." Even if I hadn't, the fact that I was drunk meant I couldn't give consent--check the laws in your state to see if that's the case. I have a cup from a nearby university that states "My sober yes is my consent." and "Sex without continuous consent is sexual assault."

Let's say a mugger demands your wallet. You give it to him without fighting back. Does that mean you wanted to be mugged? Hardly. You complied with the demand because it was the safe thing to do. A sexual assault is a similar situation. You did what you felt would ensure your survival.

Most of your reaction was probably due to the fight/flight/freeze instinct. When threatened, the body produces either noradrenalin or adrenaline. Adrenaline causes a temporary increase in physical ability, resulting in "fight or flight" response. Noradrenalin causes the nervous system to temporarily shut down, which causes a "freeze" response. This is as valid and natural a defense reaction as fighting back or running away.

Lack of resistance or placating behavior does not mean you wanted the assault to happen. It means you felt surrendering was your best chance of survival.

Most rapists are unarmed. According to RAINN, only 3 percent of rapes involved a gun, 6 percent involved a knife, and 2 percent some other weapon. Most rapes involve physical force by sheer strength. According to the Medical University of South Carolina, 70 percent of victims report no injuries. Only 24 percent suffer minor injuries. Four percent are severely injured.

Rape Lie #3: I Could Have Done Something to Prevent the Rape

I've replayed my assault many time. I had a chance to kill my attacker--literally--which the police told me would have meant a manslaughter charge, with the burden of proof on me to prove self-defense. It's a classic no-win situation--kill or be raped.

You did what you had to do to survive.

Fighting back may not have been the prudent thing to do, especially if you do not have self-defense training. Some survivors who have fought back found that it only angered the attacker. Some have found that surrender saved their lives. Some have found that surrendering angers the attacker. There is no way to tell which course of action is best, because each rape is unique. So there is no one right way to respond to it.

You are not at fault because you do not control the actions of others.

What other myths do rape victims believe?

Medical Marijuana Treatment of Posttraumatic Stress Disorder
How to Explain Mental Illness to Someone Without It
Crissy
June, 6 2015 at 8:54 am

I was protecting my sister from the abuse!

I had not been with anyone in any intimate way in the 3 years since my divorce. I went out with friends one evening, once back at the place we were staying I put myself to bed. I don't recall my attacker even being with the group I was with. He entered my room and violently sexually assaulted me while I was passed out or in a state of semi-consciousness. It came back to me in flashes. There was no denying that my body was covered in bruises and bite marks. I was so deeply ashamed of letting myself get into a state of such intoxication I felt unable to tell anyone. I went to the Sexual Assault Centre and while taking all the evidence they discovered I had been drugged at some point throughout the night. It's now been almost a year since that night. I have been in counselling with a Clin-Psych, but I struggle to believe that sex is anything other than violent or a way of a man trying to take something or humiliate me. I know I didn't ask for this to happen, but now I could never let myself be with anyone. My body has healed but I still bear the scars.

1/ no one will believe me
2/ everyone will betray me
3/ i will never get over this
sorry this is my take on things. not going into details though