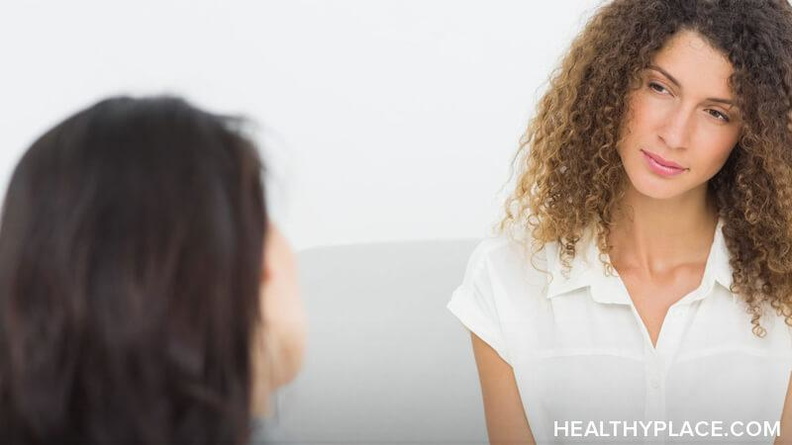 "I've Heard It Before"

You are probably not going to shock your therapist. Chances are, they've heard it before. So don't be afraid to share how your problems are really affecting you.

For example, I was seeing a therapist for depression, much to the dismay of my church. I left the church over this and lost everyone who I thought was my friend. Three people from the church decided to perform an exorcism without my consent. The experience left me extremely shaken up, and I was sure the therapist had never heard anything like that before. 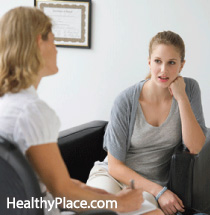 Much to my surprise, I was wrong. The therapist had worked with "some very damaged" people from that church. I found out that my story was more or less normal--the church taught that mental illness was Satanic in origin and that people simply needed to renounce demonic activity to stop suffering from their symptoms. She told me that my symptoms were caused by a chemical imbalance, and that my mental illness was not my fault. All the faith in the world would not make a difference because my problems were not spiritual in origin.

Your therapist has heard it before, so don't worry about being judged. You are not going to shock them.

I spent a semester at the college newspaper covering health and wellness. I remember interviewing a female psychologist about depression among women when she did something I thought was impossible--caught me off guard. She told me the rate of depression among women--ten to twenty-five percent--then said "Here's an interesting statistic. Among women psychologists, the number jumps. Forty percent."

This is not a bad thing. It means they understand from experience how the problem can affect the person. Your therapist's job is to help you help yourself, and the person who knows what the wound feels like can offer invaluable advice into treating said wound (What Is Group Therapy? How It Works, Why It's Useful).

"I Have to Diagnose You For Insurance Purposes"

When I was hospitalized for the first time, I asked the psychiatrist (who had been practicing for about sixty years) what my diagnosis was. He surprised me by saying "We just give diagnoses to keep the insurance companies off our backs." The longer I was in treatment, the more I realized this was true. Insurance companies don't like to pay for treatment unless someone has a diagnosis. As a result, sometimes a therapist will diagnose you with something even if you don't meet the DSM-V criteria.

For example, I was diagnosed with borderline personality disorder for the sole reason I was a self-injurer--it didn't matter that I didn't meet the rest of the criteria. This is not uncommon. You will be diagnosed with something, so don't take it personally. It's just a formality.

You can also find Becky Oberg on Google+, Facebook, Twitter, LinkedIn and on her blog, One Woman and a Laptop.

APA Reference
Oberg, B. (2015, September 28). Three Things Your Therapist Won't Tell You, HealthyPlace. Retrieved on 2022, May 16 from https://www.healthyplace.com/blogs/recoveringfrommentalillness/2015/09/three-things-your-therapist-wont-tell-you