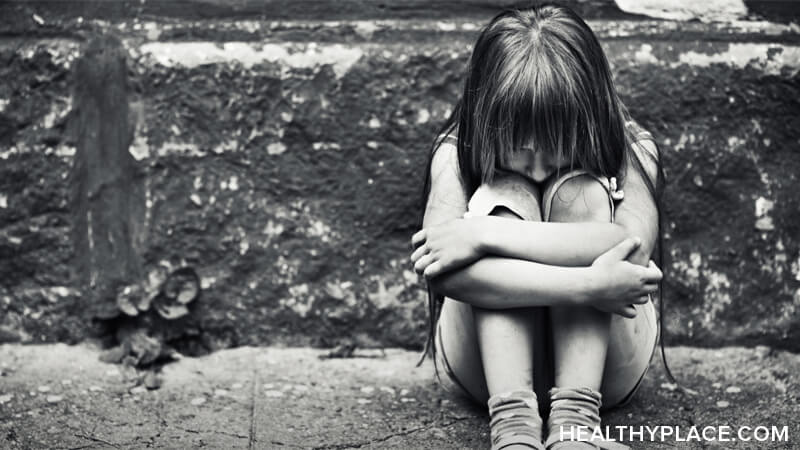 In Indiana, it is illegal for a state hospital to release a patient to the streets. This caused me to be in the state hospital for no real medical reason for three months. Short-term facilities, however, have no such restriction. Homelessness is extremely stressful and it's hard to be in recovery when you're homeless. Frequently, the streets worsen symptoms, sending the patient to either jail or the emergency room. This is not right.

When a homeless patient at an Indiana hospital is discharged, the treatment team works to find the person a bed in a shelter. In fact, the hospital I go to even has its own homeless shelter for adults with mental illness. If the person refuses the help, the social worker warns them that homelessness may make things worse, but ultimately leaves the choice up to the person. This is what we need to do--do what we can but leave the choice up to the patient. There should be ample opportunity to get off the streets--some people, however, choose that life.

Homelessness is a common problem for people with mental illness. I've been homeless twice, both times due to abuse--once from an ex-fiance, once from a staff member at a boarding home. Each time I was able to get into a shelter and get back on my feet. However, not everyone is that lucky. Some people can't get into shelters due to substance abuse or mental illness that is actively manifesting itself. So sometimes hospitals are de facto homeless shelters, especially during inclement weather.

We've all seen the "crazy street person" pushing a shopping cart full of trash, preaching a rambling sermon, or wandering around the parking lot shouting to him/herself. I've been that person. Typically this person has an underlying dual diagnosis and is not getting regular treatment since they're homeless. It's a vicious cycle--if they could get the right kind of treatment they could probably hold onto a place to live, but since they don't have a place to live they don't get the right kind of treatment. And more often than not they're hostile to treatment, only getting treatment once they become a danger to themselves or others. But it's not hopeless--if we can get people sane and sober long enough to realize the mess they're in, they can change--I did. It is possible.

How to Keep Mentally Ill Patients Off the Streets

Want to help? Good. We need more people like you. My church has an active ministry to the homeless I frequently participate in--see if your church has something similar or consider starting one yourself. Consider volunteering at a local homeless shelter. You can do anything from playing with the children to teaching a self-defense class. You could volunteer at an organization that aids homeless people with mental illness (Business of Schizophrenia: Homelessness and Mental Illness). Or just walk around the street with several peanut butter sandwiches and offer them to the homeless. All you need is time and a little creativity.

Be patient with homeless people with mental illness. I'll admit that's not my strong point. Frequently, they just need a break--for something to go their way. Sometimes hearing your story, especially if you have a mental illness, can help them realize there's hope for them, too. Try to get them into treatment, even if it's something as simple as an Alcoholics Anonymous meeting or a free support group. Do what you can and leave the rest up to the person.

Advocate for more funding for hospitals and homeless shelters. Demand accountability from your elected representatives. Every problem has a solution--some are just more complex than others. Anybody can help. It just takes the individual to realize that.

Tags: release patients to the streets

APA Reference
Oberg, B. (2017, May 7). Hospitals Release Mentally Ill Patients to the Streets, HealthyPlace. Retrieved on 2022, October 7 from https://www.healthyplace.com/blogs/recoveringfrommentalillness/2017/05/should-hospitals-be-allowed-to-release-patients-to-the-streets

Childhood Mental Disorders Are Not Always the Parents' Fault
Video Game Addiction: How to Recognize and Recover From It
Theresa Doty
April, 19 2021 at 8:39 pm

I need help with my niece she has serious mental issue and haven't taken her meds for sometime now I had the cop to pick her up they took her to life first in Elizabethtown Kentucky and for some damn reason they let her back out within a couple of hours and plus she is homeless with nowhere to live.

Hi Theresa,
Thank you for reaching out with your concerns. I am sorry to hear about your niece's struggles with mental health. Please see our list of resources and hotline numbers (https://www.healthyplace.com/other-info/resources/mental-health-hotline-numbers-and-refer…) for more information on where to seek help for your niece in the area you live.
Mary-Elizabeth Schurrer
HealthyPlace Comment Moderator

I need help I lost my mom due to mental illness. After being involuntary admitted in the hospital for a month they discharged her before I got to the hospital. In less then a hour my mother died. I truly believe it was the medicine they had her on.

My sister is severally mentally ill, is on the streets right now hooked on crack using her body for her addiction and I can’t figure out why there’s nothing g I can do about it. We can’t get her medical rights taken away to get her help. She can’t be forced into a facility because she hasn’t hurt herself or someone else. I’m so confused why the system hasn’t resolved this issue yet. She gets the same treatment never in a facility or hospital for more then a week released back to the streets. Thank you for sharing your story and I would love some suggestions for some kind of solution. I fear my sisters safety. This has been an ongoing never ending nightmare for15 years! I feel hopeless

This article is so accurate, interesting, and upsetting. My family is struggling with a family member that has not had the right treatment, and diagnosis in years, just keeps getting prescribed more and more medications that make him happy, because he is constantly speedballing, clinically for free. We have found that there is no hope for proper treatment, as he is always released with more problems and no solutions. I feel badly for any one going through this, but unfortunately there is no hope. I will continue to try to volunteer my time on behalf of mental illness, but until doctors stop overprescribing deadly drug combos, the world will be full of more and more people with chronic mental disorders. Stop overprescribing

my name is Robert Ray moorefield Jr.I need help getting my competence back I've been wrongly diagnosed as incompetent due to taking neurontin 2527013489

Releasing mentally ill patients on the streets from the hospitals can prove dangerous. The hospitals should take proper care and medication or as mentioned they should hire social workers who can take care of such people. Thanks for sharing such an interesting blog with so much information.

First and more important message of this article should be like this: psychiatry is medical branch to treat and manage psychological disorder and not to settle onsocial and others life problems of people with mental difficulties. In oddition psychiatric hospitals are devoted to cure acute episode of any mental illness, which one is precursor to return the patient in their natural life environment. Homeless and others socio-economic aspects of society arent psychiatric issue, they ought to manage by others social factors. Psychiatry as professional complex medical activity helpt to soften social pathology, but it isn't response to soleve them. In contrary, hospitalization exhibits more worsening and error approach of up to date psychiatric treatment and recovering of steady course of mental disorders, either homeless or patient with family support social network. In short psychiatric hospitals arent the choise of patient with mental and social difficulties. They should be accept and rehabilitate by comptent social and government institutions, as well. Otherwise, wemake impossible the appropriate psychiatric treatment of any patient with mental problems. Indeed, this type of treatmen lead to so-calling hospitalism as hard and unkind outcome of respective mental disorder. It means thathospitalization for psychiatric patient whose are homeless isn the right option, because they should be prepare to lead productive life in their native life environment. The last and hopeful intention of medern psychiatric treatment is to recover poayxhiatric patien in communite, outside hospital by smart and efficient outdoors kind of treatment and management, as well. Any others options of psychiatrictreatment indicate primitive contraproductive treatment of psychiatric patients.