What The Mirror Shows Me in Eating Disorder Recovery

One of the major adjustments I've had to deal with in the last 6 years since I've started recovery from bulimia, has been to accept and love how my body looks and feels without abusing it the way I did for years. Because I suffered from bulimia and not anorexia, it was easier to hide at the time that I was suffering from an eating disorder, because I still looked 'normal' and maintained almost the same weight for a few years. Of course, in recovery, I would learn that there are more forms of eating disorders than bulimia and anorexia, but at the time, I was relieved I didn't suffer from the latter because I felt I could at least get away with 'my' disease. Though my BMI was within the healthy range, I definitely wasn’t healthy, and eventually, complications due to self-harm would force me to have emergency gallbladder surgery.

Over time, I realized I needed help, and with therapy and the support of loved ones and family, I learnt to accept that I would inevitably gain some weight when stopping the cycles of bingeing, purging and over exercising...This frightened me. At the time, I was petrified of picturing myself eating 3 healthy meals a day without self-harming in some way, and tried to hold on to the vague idea that I would somehow be healthier and physically stronger for it.

Choosing Recovery and People's
Reaction to It

Recovery also meant I had to learn that food did not have to be associated with guilt, anger or other negative feelings. At first, I was overcome with a sense of sadness and grief every time I would look at myself in the mirror because I was gaining both weight and curves. Surprisingly though, I soon noticed that other parts of my body 'improved'. With time, my skin looked brighter, my smile was wider and my eyes had that spark from when I was a kid. I was becoming alive again. 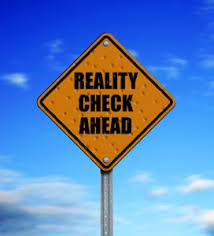 So now, even though I’ve gained about 15 pounds from my purging days, I’m happier than I’ve ever been. Yes, I had to deal with comments from the people around me who didn't know what I had been going through, but it was worth it. I also came to terms with those comments by being open to the reaction of others without engaging into it. In other words, when asked about my weight I would simply respond that it wasn't something I wished to discuss, and if I felt hurt, immediately, I would reach out to a loved one either by phone, text, or in person to vent, because I wasn’t yet strong enough to do it alone. With time, those calls to a loved one, would be less often, as I became sure of myself.

Remembering The Burden Of Bulimia

Today, on my cell phone, I carry a picture of myself as a reminder of how far I've come. It was taken when I was struggling with bulimia, in the first days of recovery. Even though not everyone would pick up on it by looking at it now, it reminds me of the sallow skin, bleary eyes, lack of smile and emotional state of mind I was in back then. On a more difficult day, I will force myself to look at it and remember how I felt looking smaller but feeling this huge burden on my shoulders because of the condition I was suffering from. Perhaps that is the most freeing aspect of being able to look at myself now that I'm at a healthy weight maintained in a healthy way: to know that there is a choice I made a long time ago, and that it's not a bad thing to look back on the past and see how far I've come in my journey to fight a mental illness.

As I make my way through the world for the rest of my life, my eating disorder is now in my rear view mirror, not on the road ahead. And the people I meet in this journey can either join me on this amazing ride, or wave by the side of the road as I pass them by.

APA Reference
Lemoine, P. (2014, January 28). What The Mirror Shows Me in Eating Disorder Recovery, HealthyPlace. Retrieved on 2023, February 2 from https://www.healthyplace.com/blogs/survivinged/2014/01/what-the-mirror-shows-me-in-eating-disorder-recovery

How do you get to this point? I am currently struggling again and dealing with this same thing. Some days I feel like it will never get better!

Hi, Angela! Thanks for reaching out. You're right—sometimes it does feel as though an eating disorder is just destined to be an inescapable fact of life. But the truth is, free and abundant living is on the other side of those destructive, soul-sucking behaviors. If you are currently in the midst of this struggle, my advice would be to first seek out a supportive community who can encourage and hold you accountable on this journey toward healing. The HealthyPlace Eating Disorders Community (https://www.healthyplace.com/eating-disorders) is a solid resource to help you feel connected to a recovery network. Second, I recommend finding intentional reasons to love yourself outside of your weight, body, or external appearance? What aspects of your character, personality, and relationships could your reclaim if you pursued healing over an eating disorder? What buried parts of yourself might resurface if you were whole and healthy again? Finally, what manageable steps could you take right now toward connecting with the vibrant, fully alive person you used to be? That person is worth fighting for, and I am rooting for you in the process!

Thanks for sharing your story Patricia. It will surely help others facing the road towards recovery and then the ongoing journey.

Thanks Julia! Hope it does! I appreciate your reading the post & taking the time to write!