The Role Men Play in Causing Eating Disorders in Women 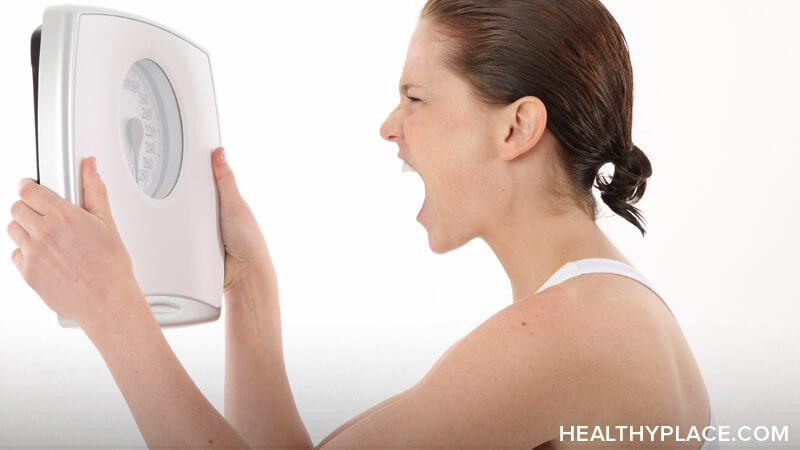 Some men play a role in causing eating disorders in women. When I first began to experiment with the behaviors that would morph into a severe battle with anorexia, my 15-year-old self had no idea I was about to be complicit in a systemic intersection between eating disorders and the patriarchy. Even as a teenager, I admired the ethos of feminism—I was drawn to independent, fierce, opinionated women, and I sought to become one myself. But I also harbored a secret, a paradox that challenged the same feminism I tried to be part of. I was determined to curate a body that mirrored cultural standards of beauty which had been impressed on females like me from the time I could remember. So with each calorie I restricted or meal I avoided, I reaffirmed the subtle power of gender inequality. I was not aware of this back then, but since I am now, I want to explore that men can play a role in causing eating disorders in women.

How the Patriarchy Can Cause Eating Disorder Behaviors

Patriarchal institutions have a deep-rooted history of normalizing the mistreatment of female bodies. Women are taught to define themselves based on their appearance. They are conditioned to measure their societal cachet in terms of how slender their frames are, how much space their bodies occupy. Small and narrow is preferable, women are instructed to believe. The more delicate they look on the outside, the easier they are to tame and control—this is how the patriarchy seeks to disarm females, and an eating disorder is just another tool to maintain that dynamic of power. Moreover, what makes this such an insidious tactic is it drives women to commodify and objectify their own bodies under the pretext of eating a healthier diet, losing five pounds, or toning that waistline. This is how men cause eating disorder behavior in women.

As I gave myself the permission to heal from anorexia, I learned that in order to be effective in dismantling patriarchal systems, I needed to stop centering my whole existence around the allure of a "perfect body." I had no business espousing the rhetoric of a woman's freedom to self-identify however she might choose if I was still emphatic about boxing myself into someone else's definition of beauty and femininity.

So here is what I declare instead: I am no more or less of a human whether I eat a salad or a piece of fried chicken. My worth does not fluctuate based on my size, weight, and level of fitness. This culture wants to distract women like me from caring about the real injustices and inequalities of the world by ensuring they remain preoccupied with their body insecurities. But the stronger, braver, and healthier I become through my own process of recovery, the need to expose—and ultimately, break down—this intersection between eating disorders and the patriarchy is a cause I will continue to pursue. I owe it to the millions of women and girls who suffer from a belief that an emaciated figure is the benchmark of their value.

"Patriarchal institutions have a deep-rooted history of normalizing the mistreatment of female bodies."
I sympathize with your position, but I'd be curious to see some examples to support the above claim you make.

Hi Joshua,
Thank you for reaching out with your comment. In response to your inquiry about research to support the quote above, I would refer you to this article from The Counseling Psychologist Journal and the American Psychological Association: https://www.apa.org/education/ce/sexual-objectification.pdf.
In this study, the researchers posit, " SO [sexual objectification] occurs when a woman’s body or body parts are singled out and separated from her as a person, and she is viewed primarily as a physical object of male sexual desire. Objectification theory posits that SO of females is likely to contribute to mental health problems that disproportionately affect women (i.e., eating disorders, depression, and sexual dysfunction) via two main paths. [...] Evidence for the SO of women can be found practically everywhere, from the media, to women’s interpersonal experiences, to specific environments and subcultures within U.S. culture where the sexualization of women is cultivated and culturally condoned. For example, the APA’s review of studies examining depictions of women in the media including commercials, prime-time television programs, movies, music lyrics and videos, magazines, advertising, sports media, video games, and Internet sites revealed that women more often than men are depicted in sexualizing and objectified manners (e.g., wearing revealing and provocative clothing, portrayed in ways that emphasize their body parts and sexual readiness, serving as decorative objects). In addition, women portrayed in the media are frequently the target of men’s sexists comments (e.g., use of deprecating words to describe women), sexual remarks (e.g., comments about women’s body parts), and behaviors (e.g., ogling, leering, catcalling, harassment) [...] Turning to women’s interpersonal experiences, research indicates that being sexually objectified is a regular occurrence for many women in the United States. For example, in a series of daily diary studies, Swim and her colleagues found that 94% of undergraduate women reported experiencing unwanted objectifying sexual comments and behaviors at least once over a semester, women reported more SO experiences than men, and SO emerged as a unique factor of daily experiences of sexism. Other researchers have also found that SO experiences are common among other samples of women. Similar levels of interpersonal SO experiences have been reported by White and racial/ethnic minority women, as well as heterosexual and sexual minority women. In addition, women’s self-reported experiences of SO have been empirically linked to adverse psychological outcomes, including self-objectification, habitual body monitoring, body shame, internalization of the thin ideal, lowered introceptive awareness, and disordered eating among both lesbian and heterosexual women. In addition to these everyday commonplace forms of SO, many women also experience more extreme forms of SO via actual sexual victimization (i.e., rape, sexual assault, and sexual harassment). For example, research indicates that one in four women have been victims of rape or attempted rape, and more than half of college women have experienced some type of sexual victimization. Females’ self-reported experiences of sexual victimization are related to more self-objectification and body shame and adverse psychological outcomes, including depression and post-traumatic stress disorder. The intersections of gender with other sociocultural identities may place some subgroups of women at increased risk. For example, several studies have found that sexual minority women report more experiences of sexual assault in adulthood than their heterosexual peers, and that the majority of perpetrators are male."
Please understand that I do not blame all men as a group for the perpetuation of objectifying, sexualizing, and harming female bodies. This article is meant to be a critique of systemic patriarchal ideologies and institutions as a whole and how they affect women of various identities. Hopefully, the data provided in this comment will offer some clarification, and I do apologize if this came across as an indictment on men as individuals.