Sticks and Stones: The Power of Words

Did you see that crazy guy on the sidewalk? Hear about that nutcase at the party last night?

We hear things like this all the time and rarely pay attention to them. After all, we’ve always been told that sticks and stones can break our bones, but names can never hurt us. Although it’s a nice thing to tell yourself when you’re a kid being bullied, the truth is that words hurt. And words that describe mental illness in such broad, often sensationalistic manner do a great deal of harm.

We're All Guilty of Using These Words

They insinuate that people with mental health challenges are unpredictable, violent and most importantly, different. When in reality, someone with a mental illness looks and acts just like everyone else on Earth. 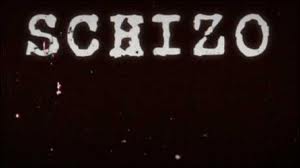 The Bell Let’s Talk campaign raised nearly $5 Million for mental health research this year. As part of the campaign, there was a public relations outpouring that discussed the different effects of mental health stigma. A central focus this year has been on the words that people use and how they are detrimentally affecting the stigma of mental illness.

Last night was crazy. That guy is nuts. That party was insane. We do it all the time. I’m guilty of it. I would wager that you are as well. But research is now showing that these innocent little sayings could actually be causing more harm than we have ever realized.

If you have been diagnosed with a mental illness, would you like to be referred to as a schizo, lunatic, or a psycho? We no longer, as a society, permit derogatory words that describe people with developmental delay, or those with physical disabilities. So why does no one bat an eye at the word psycho?

It’s likely because we’ve just never really talked about it. This vernacular has become so ingrained in our language that we barely ever notice it as odd. And that is what the point of this article is.

Next time you catch yourself using the words crazy, psycho, lunatic, schizo, psycho and so on, stop, think of how you are perpetuating the stigma of mental illness, and find a different word.

The Problem Isn't a Lack of Words to Choose From

There are approximately a quarter of a million words in the English language, so I’m sure you can find a suitable replacement.

As I said before, I am just as guilty of this as the next person, but I am vowing to make an effort to eliminate these words from my vocabulary.

After all, I’m not crazy.

The Self Fulfilling Stigma
Dangers of AA's Addiction Recovery Program: 12-Steps Back
Kellie
March, 30 2016 at 8:16 am

When does a mental health concern that is allegedly managed by medication and focused by achieving recovery at a point where people can use these words.
Being mentally ill is an acute term and form of an unwell stage of a diagnosis.
If someone is responsible in their treatment then why are these words being used? When does it stop? If I am in recovery then my diagnosis is noones business.
Even criminals get released when they leave jail. When do I get my freedom back to stop being judged?

Words like crazy, psycho, lunatic, deranged, and headcase are very deeply ingrained within our vernacular and used so casually. But, they are stigmatizing terms and their use perpetuates prejudice directed at individuals living with behavioral health conditions. Prejudice is a major component of stigma. If you are interested, check out a blog on our website which asks if stigma may be a euphemism. http://scattergoodfoundation.org/activity/general/stigma-euphemism