The Self Fulfilling Stigma

I was a depressed teen. Well, that's sort of putting it lightly. I had thoughts of suicide from a very young age and much of my time in high school was spent either contemplating suicide, or experimenting with the slow suicide of dangerous drugs.

During this depression, I wrote a poem titled 'It All Falls Apart in February.' I don't even recall the exact circumstances of the writing, but its general theme was that seemingly every year, I would fall apart in February. Ever since that day, it has become a dangerous self-fulfilling prophecy that I have only recently become aware of. 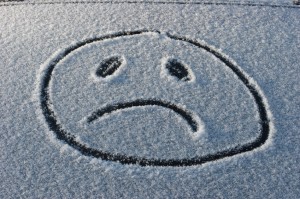 Through my work, I have the luxury of seeing a psychologist once per quarter. Due to the nature of my job and having to hear difficult and often disturbing things on a daily basis, it is an excellent and often times needed perk. However my last session was in early January and I happened to mention my fear of February and referenced that poem that I had written in high school.

The psychologist simply pointed out that I had created this dangerous self-fulfilling prophecy that was contributing to my dismal February's past. Instead, if I took the view that 'sure, February used to be an awful month, but I'm a different person now. The past does not need to keep re-creating itself. I have the choice to choose a better February,' things would turn out differently.

The Beauty of Simplicity

It was as simple as that. And likely the exact same therapeutic manoeuvre that I would use with a client. But it had never occurred to me. All this to say, is that it always pays to examine your thoughts, as it is always your thoughts that cause your negative moods.

Of course, it helps to have a therapist to help guide your mind in the right direction, but every person is able to alter their thoughts in order to create a better reality. Depression is all about self fulfilling prophecies. I 'always' get depressed in the winter, or 'everyone always leaves me after a few months' or 'I'll never be good at school.' Once you use the words never or always, you instantly limit your options and will subconsciously choose a path that will create whatever dire circumstance you are most afraid of.

This February already is and will continue to be amazing. As I will take active steps to make it so.

And you can do the same.

Find your February, and change it.

What Does Standing Up for Mental Health Really Mean?
Sticks and Stones: The Power of Words
Leslie
May, 26 2013 at 3:05 pm

Chris, I know this is an old post, but I just found it so that makes it new to me. That counts right .
I really like this. What you described about February is what I call "re-framing". I use re-framing a lot and still there are times when like you I need some remembering to do that. Fortunately for me I am in therapy, my therapist does the reminder thing quite well. ;).
I thought it was refreshing to see that even you needed a reminder. It normalizes things, you know? Thanks for the great post.

Although thoughts play a key role, sometimes the brain just starts processing sadness with an absence of negative thoughts. The "sad" center of the brain kicks in and a person becomes depressed.

I love this article, its been such a battle for me to learn to examine my thoughts.