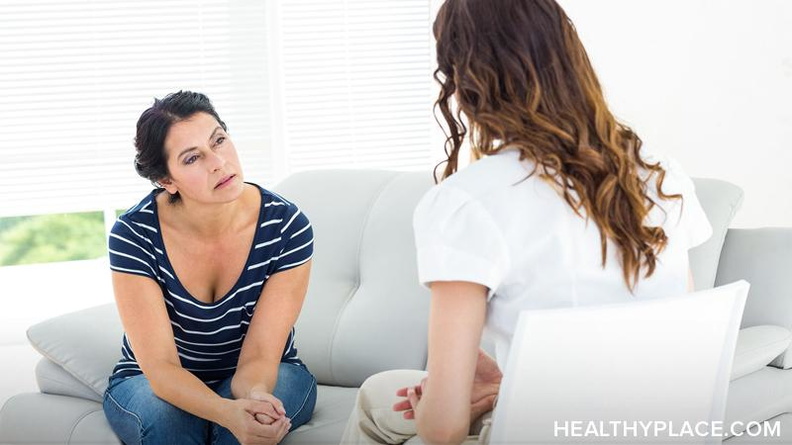 Language can stigmatize people with mental illness, and I am quite sensitive to noticing all of the words that seem to counteract society’s movement toward removing stigma for people who live with mental illness. Do you ever cringe when you hear the word "crazy" or "psycho?" I do. I feel that we have come so far in many respects in shaping our stigmatizing language for the good of many groups such as the terms, "gay," "retarded" or "lame," so why are we still so stigmatizing with language when it comes to mental illness?

How Stigmatizing Language Can Affect People with Mental Illness

Language can be stigmatizing for people who live with mental illness, such as the word "crazy," which slips out of most of our mouths without any warning. It is the word that nearly everyone uses to describe something, whether it is their day, a party experience, an ex-partner, or even themselves. I do not consider this word to be at all empowering, as it contributes to the pervasive stigma of language that calls down people who live with a mental illness. I am someone that has been admitted to a psychiatric ward, and given a diagnosis of bipolar disorder, so why would I want to say that I am crazy? Is that empowering?

How do we deal with mental illness stigma and our language? I am not bipolar, and yes, I have bipolar disorder. It makes me cringe when someone calls another person 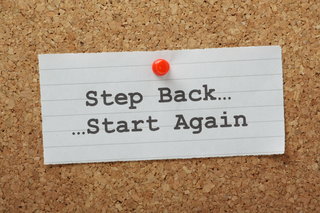 schizophrenic, instead of, rightfully, being less stigmatizing, and simply stating that the individual has schizophrenia. Is it really so difficult?

When did we stop saying references such as, “That situation is so gay, or my day was so retarded?” Granted some people still do, but it is not socially acceptable anymore, and neither should be words that stigmatize people with mental health issues. A parallel example is avoiding the use of the verb "commit" with suicide as this associates it with "crime" or "sin." Instead, use "died by suicide," or "took his own life." This is a widely accepted concept, so why is it so difficult for others?

I personally feel I am degrading someone’s experience or abilities by using stigmatizing words, and I also feel that we can all make better use of the complex English language, instead of just relying on slang. Do we really need to call people nuts, cuckoo, or loony, when we think that they are perhaps being illogical, irrational, misleading, or confused? Or maybe they are nonsensical, absurd, ridiculous, or ludicrous?

There have been times where I have given a mental health presentation discussing this particular subject, and some people will follow up with a comment such as, “Wow, that was a crazy presentation,” when really they mean that is was outstanding or impacting. They soon follow up with an apology, as they realize they just did it again. I simply smile, and wonder, how much longer and harder do we have to work to make these changes in our everyday language?

Does it matter to you? Please comment and let me know what you think.

Help for Men Experiencing Depression and Mental Illness Stigma
The Stigma of Side Effects of Having a Mental Illness
Marcia Burnett
September, 25 2019 at 6:34 pm

Being human is not always a sane experience. People use words in order to communicate. The meanings behind the words are subjective. Personally, I could care less what someone else calls me.

Hey Marcia. This blog was written a while ago by one of my former blog partners, but I’ve read over what she said to familiarize myself with what’s going on.
I think you bring up a fantastic point about language being subjective and I’m glad to hear it doesn’t bother you. I’m like you wherein this kind of language doesn’t bother me, but I know some others are still affected.
It’s important, I think, to recognize both sides of this conversation, so your bringing this up is perfect. Thanks for sharing your input about this topic!

Hey r,
I feel your point, I do. However, I live in Canada and when I saw a 1$ Store called the 'Loonie Bin," that was when I finally felt enough is enough. How far does it have to go and why does it even have to get to this point at all? I just feel it is time we stepped it up a little and become more respectful and thoughtful about our language.

In Canada it's even acceptable to call the Canadian dollar a "loonie" (because it has a picture of a loon on it). Should we take offense to that too?

I have bipolar disorder but I don't go around telling everyone in my circle of friends and family because I feel it's really none of their business.
That being said I don't usually take offence when someone calls me crazy or nuts. Of course It all depends on how it's said. I often say it's been a crazy day or this or that is driving me nuts. Personally I don't see anything wrong with it but that's just me
I get that some people are more sensitive than others but I also feel that sometimes we take political correctness a little too far...