How to Respond to Stigmatizing Costumes on Halloween

There are plenty of ways stigma surfaces around Halloween (Mental Illness Stigma And Halloween: A Teachable Moment) and this include stigmatizing Halloween costumes. Typically, we hear about costumes that are promoting hurtful stereotypes for cultural or racial groups and the posts start asking people to not wear those costumes because of the messages they send. Brock University in Ontario, Canada has even banned these types of costumes, as well as costumes that make light of mental health issues, and those costumes certainly are cropping up, too. So far I’ve seen one costume that is supposed to be a “skitzo” and then there is the widely spoken-against self-harm costume that was listed on Walmart’s website before it was taken down and an apology was issued. Here's how you might responde to these stigmatizing costumes used for Halloween. 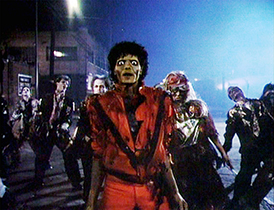 People are quick to cry out about how everyone gets so offended so easily nowadays. What I hear when people say that is “it doesn’t bother or affect me, so it shouldn’t bother or affect you.” There’s also the “there are more important things to be worrying about” argument, and in both cases, there is an attempt to invalidate a person’s experience and discomfort.

The reason these costumes hurt—and I’m speaking specifically to costumes depicting mental health issues—is because we already live in a world where we’re heavily stigmatized if we self-harm or if we’re “crazy,” but suddenly for one day it’s a “cool” thing to show off to the world.

Costumes rely on that old rhetoric and completely remove the person and their individual struggles from the equation, thereby assuming mental illnesses are an identity, not a sickness. When we do this, it’s easy for people wearing the costume to take on the “personality” and think nothing of it, even though it’s just a joke, and that’s a big problem.

In some cases, like the self-harm costume that was being sold on Walmart’s website, we can speak out, send letters, and our voices are heard. Some institutions, like Brock University, show they get it by saying they won’t tolerate those kinds of costumes either.

But I’m sure we’ll also come across people with these costumes out in public, and maybe our knee-jerk reaction will be to yell and scream at them about how ignorant or how awful they are for even thinking the costume was okay. I ask, however, that we don’t do this.

Instead, let’s approach these people and calmly share some information about why the costume is hurtful. If we’re comfortable, share parts of our stories because humanizing an issue is one of the best ways to help someone realize that what they’re doing is actually hurtful. People also respond better when spoken to calmly because the second they feel like they’re being attacked or challenged, they go on the defensive.

Unfortunately, there will be people who won’t hear us out and start saying what I mentioned above about being oversensitive and offending easily, and we’ll have to know to walk away from those situations.

But if we can change the mind of even one person, that to me is a success because of the ripple effect that comes with it.

APA Reference
Barton, L. (2016, October 30). How to Respond to Stigmatizing Costumes on Halloween, HealthyPlace. Retrieved on 2022, June 28 from https://www.healthyplace.com/blogs/survivingmentalhealthstigma/2016/10/how-to-respond-to-stigmatizing-costumes-on-halloween

Coping with Anxiety Caused by Mental Health Stigma
Psychopaths Versus Those Who Experience Psychosis
Zee Malvern
October, 30 2016 at 8:24 am

Thank you for this article. As someone who has multiple mental health conditions which I manage, I have found a lot of the Hallowe'en "costumes" disturbing and very triggering. I am actually the individual who started and sent the petition to Walmart to have their self harm costume removed. I am happy to say it was a successful campaign, thanks to the many supporters in the mental health community. Walmart did respond quite quickly to have it taken down and sent me a letter which I posted on my blog. However, the real question is why ANYONE would think it is ok to depict mental health conditions in Hallowe'en costumes. That in itself tells us we are an awful long way from truly erasing stigma of mental health. Articles such as yours help a lot in getting to that eventual point.
All the best,
Zee