More and more, people push for discussing mental health with children and to include education on mental health, mental wellness, and mental illness in the classroom and outside of it (Where is Mental Illness Education?). I wholeheartedly agree with this idea because it has the potential help children recognize mental health trouble in themselves and in others, and to know there is something that can be done if they’re struggling. Another big reason for the push is the aim to reduce stigma, but I can’t think of an instance in which it was said there should be lessons about stigma, too. Discussing mental health stigma is just as important as talking about mental illness.

Discussing Mental Health Stigma Can Help Us Identify It 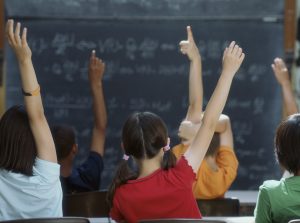 Growing up in the ‘90s and early 2000s, discussions of mental illness with children and in the classroom, so far as I know, wasn’t even thought of, let alone done. Having lived with mental illness since an early age, though, I know that this is something I would have largely benefited from because I might have been able to identify the things that made me a “freak” (Mental Illness in Children: Types, Symptoms, Treatment).

I also know I would have benefited from learning about mental illness stigma. It would have allowed me to recognize that people treated me the way they did because of stigmatized ideas of my reality, in particular, with excoriation (skin-picking) disorder and anxiety. If I had been told that stigma is just as real as the illnesses I struggled with, I would have better understood the way I was being treated by my peers and the adults in my life was not a reflection of an inherent flaw within me, but rather sheer ignorance and a lack of understanding on their part. I might not have internalized the negative interactions with them, which only compounded with the negative dialogue already stuck on repeat in my head.

Can Discussing Mental Health and Stigma Start too Young?

I’ve heard people debate about this kind of thing and get bent out of shape when someone suggests an age they think is “too young.” For me, coming from a place of having dealt with mental illness since I was roughly five years old, there is no “too young.” Instead it would just be a matter of tailoring whatever curriculum or strategies a school board or parent come up with to deliver the message in a way that can be understood at different age levels. This is by no means an easy task, but one that I still think is necessary.

Stop Comparing Yourself to Others to Stop Mental Health Stigma
The Stigma of the Term 'Commit Suicide'
judy
June, 29 2017 at 4:27 am

I enjoy reading about lessons from past experiences as they mostly put things into perspective. This is quite informative. I believe as long as the message is passed on with good intentions and in a language or way the children can understands, you can always pass the intended message across. Thanks for sharing.

Hi Judy, you're so right about having to put it in a way kids can understand. Probably tricky, but I think it's possible for sure. Thanks for commenting!

I love this short and sweet read. I think you nailed it on the head. Many people shrug off visualization but it is an incredible tool when really applied. Thank you for sharing.

Very well written, and not easily done with a topic like this. I love how this is broken down. The Three Lessons are invaluable. I think you make a great differentiation between bullying and stigma -- I agree that the latter isn't really done with malicious intent. It's good to separate the two. Like so many things that had been cast in shadows, now bringing them to light (discussing and acknowledging them) is so helpful. I hope we see more of this mindful discussion occurring.

Hi Lizanne. Sorry for the late reply, but thank you for you comment. I'm glad you found the Three Lessons helpful!