Mental Health Stigma and Discrimination: We Need Both Terms 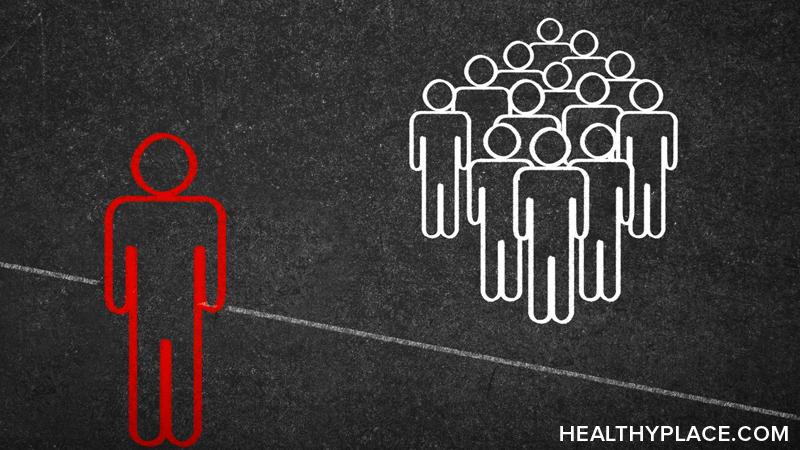 The terms "stigma" and "discrimination" are both used in the world of mental health. There have been debates surfacing about how to talk about people’s negative perceptions and behaviors towards both mental illness and those with mental illness. There are those who say we should stop calling stigma by that term and refer to it as discrimination alone, but, while the two terms are often linked, they are not quite the same thing and having stigma and discrimination separately is beneficial.

What Are Mental Health Stigma and Discrimination?

Stigma refers to the negative attitudes or stereotypes associated with something, including mental illness. It, as stated by the Mental Health Commission of Canada on its website, spreads fear and misinformation, labels individuals, and perpetuates stereotypes.1 Discrimination, on the other hand, is the unfair treatment of an individual or group based on identity, which, again, includes mental illness.

The Canadian Mental Health Association (CMHA), which has a page about stigma and discrimination on its provincial websites, states,

So, for instance, if we were to talk about depression, the stigma would be the idea that those with depression are lazy or unfit to work. The discrimination would be being fired (or not hired in the first place) based on that perception. CMHA states discrimination can be overt, meaning done openly, or covert, such as systematic discrimination.

However, The Centre for Addiction and Mental Health throws a confusing wrench into the mix by saying stigma is both the negative stereotypes (calling it prejudice) and the unfair treatment (the discrimination).3 At first, it seems like it could simplify things, however, as I stated above, people say we should refer to stigma as discrimination instead, but then we would leave the negative stereotypes without a title. While that's perhaps not the end of the world, having that word we can use is pretty helpful in conversation and, I think, carries more weight.

How Does Saying Something that Stigmatizes Fit Into Discrimination?

Since when we talk about discrimination we tend to think of actions, such as being excluded or being fired, figuring out how people saying stigmatizing things to someone fits into that can seem a little tricky. It is unfair treatment, but is it really discrimination or are people just perpetuating mental illness stigma?

The Ontario Human Rights Commission (OHRC) includes a category it calls “harassment” when talking about mental health discrimination. Under that category, it becomes a bit clearer as slurs and name calling, joking about or teasing someone about his or her mental health, and unwanted questions or remarks about mental illness are included in that category4 (Discussing Depression and Mental Health: Why Language Matters).

In my opinion, yes. As I said above, since people want to call discrimination for what it is, I think it's important to keep the term for the negative stereotypes as well. Discrimination works based on a source, in this case, mental health stigma; people believe the stigma so they may discriminate.

But, while stigma and discrimination are often intrinsically linked, I don't see stigma always leading to discrimination. Some people just have those negative ideas and stereotypes in their heads and do nothing with it besides have the flawed belief system. So again, having the two terms is helpful.

To alleviate the confusion between the two terms, we (myself included) can be more precise when we talk about these situations. For instance, I won't say stigma when I mean discrimination caused by stigma. While many say eliminating one word or the other will rectify the situation, I think being more precise and careful with our words is the key.

For more about differentiating between stigma and discrimination in discussions about mental illness, watch this video.