A Mental Health Trigger Isn't a Joke So Stop Stigmatizing It 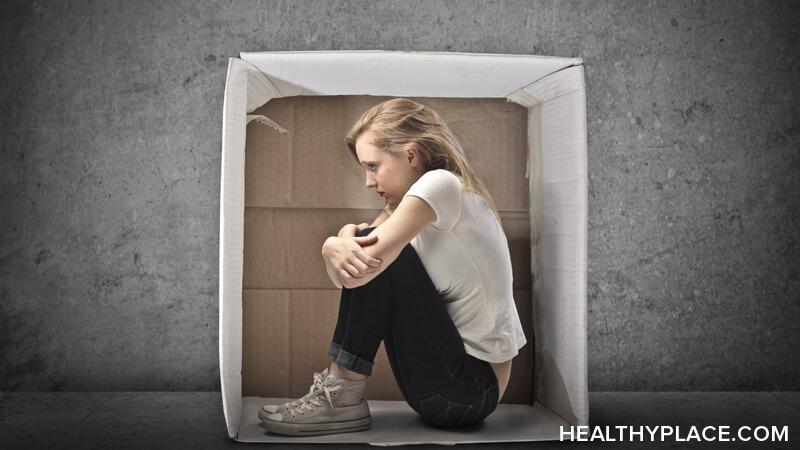 These days, using the word "trigger" (a mental health term) will probably elicit a few reactions: eye rolls, groans, and insults. Yes, there are people that take the word trigger seriously when used in conversations about mental illness, but, for the most part, it has become a derogatory thing that people use sarcastically to insinuate that people are too politically correct or soft. The negative side effect of that is that people who talk about mental illness triggers are also regarded with the same disregard when mental health triggers can actually have serious impacts on people with mental illnesses.

What Are Mental Health Triggers and Why Should We Take Them Seriously?

When it comes to mental health issues, triggers can manifest in various ways for various illnesses. The long and the short of it is that mental health triggers are cues or things that set off certain reactions, typically negative, for people with mental illnesses. One of the first kinds of triggers that probably springs to mind is that of people with posttraumatic stress disorder experiencing triggers; for instance, a trigger such as a loud noise can cause someone with PTSD to experience a flashback or anxiety because of what they've experienced.

Mental health triggers are present in all kinds of mental illnesses though, including, but not limited to, depression, obsessive-compulsive disorder, anxiety, and body-focused repetitive behaviors. They may not seem like a big deal, but, ultimately, those who deal with mental health triggers experience negative consequences from them, such as the one I mentioned for PTSD. Being in a negative headspace is not something that anyone wants or deserves to go through and people can feel trapped in those thoughts because of a mental health trigger. Once in those thoughts, it can be very difficult to get out of them.

Mental health triggers don't tend to cause fleeting moments of discomfort, but rather prolonged periods of struggle that can cause a lot of strife in recovery and day-to-day living.

With the disregard for the seriousness of mental health triggers, those who express feeling triggered are often treated with the same disrespect. The problem with that, of course, is that someone who may need help will be disregarded as someone who needs to suck it up and get over it. While I do agree there is some onus on those with mental illnesses to learn how to manage their mental health triggers and to cope with their struggles, part of that management and coping can certainly — and in many cases probably should — include reaching out to others and communicating the challenges they're facing.

With the way the word trigger is treated, I'm honestly surprised people with mental illnesses still talk about it as much as they do. I imagine many do end up isolating themselves though, effectively shutting down an important part of the conversation about mental illness.

My point is, mental health triggers aren't just a term for people who are "oversensitive" to things in life. Rather, they have serious impacts for people with mental illness and when we don't take them seriously, we run the risk of allowing people to suffer more than they need to. If someone mentions feeling triggered, my advice to you is to listen to that person, take him or her seriously, and then ask what you can do to help. No one deserves to suffer, so why not do what we can to help out?

Seeking Help for Suicidal Thoughts When Facing Stigma
How to Stand Up to Stigma Concerning Mental Health
s.e. taylor
June, 12 2018 at 11:50 am

Discussion of suicide and self harm can be triggers for me. I always appreciate a Trigger Warning on posts of that nature.