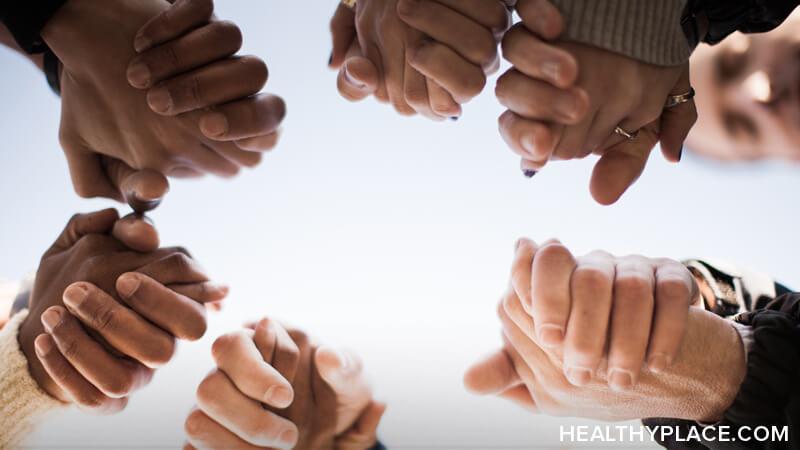 When we're combatting mental health stigma, it's important to be as inclusive as possible. One of the ways we fight stigma is to talk about or try to convey the idea that our experiences don't have to fit in a box and that there isn't any shame in not having everything together, in being "messy." But does this saturation of messages mean it's not okay to be, for lack of a better word, "neat?"

Be Inclusive of All Mental Health Experiences, Messy or Neat

Your Mental Health Experiences Are Valid, Even If They're Different

In short: no, the saturation of messages doesn't mean it's not okay to be neat.

The reason I got to thinking about this is because of a comment left on another blog post I wrote. In that post, I said, "There's no shame in being messy."

The commenter mentioned how he felt it meant there's a problem with being neat. That wasn't my intention at all. Still, the message was received that way, so I want to make a point to address and consider it.

Acknowledging the messy isn't about saying the neat isn't good. It's about saying we don't have to fit the romanticized idea of what it means to live with and recover from mental illness ("Romanticizing Mental Illness Feeds Mental Health Stigma").

All the same, your mental illness is no less valid if it doesn't look messy. Your experiences should not be muted because they don't fit the "messy" narrative. Not fitting the ascribed narrative is something I used to struggle with in relation to my skin picking disorder when I first learned of it.

People were talking about being stuck in front of mirrors, picking for hours on end, or using tools for picking. This has never been my reality with excoriation disorder, and at that time I felt like an outlier in the community I'd just discovered. After already struggling with finding a place to fit in the world, I felt like I was once again not included.

To me, it's important to acknowledge and let people know that messy is okay in a world that seems to represent only neat and trim images. I can see now how this tactic for fighting mental health stigma could be hurtful or exclusionary to those who feel they don't fit that messy image.

I know some may see it as being too politically correct or overly sensitive to try to be all-inclusive, but in understanding people's perspectives, in seeing how things could be harmful, in empathizing, we can create better connections with each other and do less harm. There's nothing wrong with taking another's point of view or experience into consideration. There's nothing wrong with being considerate of our fellow human beings ("What Mental Illness Has Taught Me About Empathy").

This should also be true for fighting stigma. The point of this battle is to reduce the hurt caused, and if being inclusive while combatting mental health stigma is a way to do so, I'm okay with that.