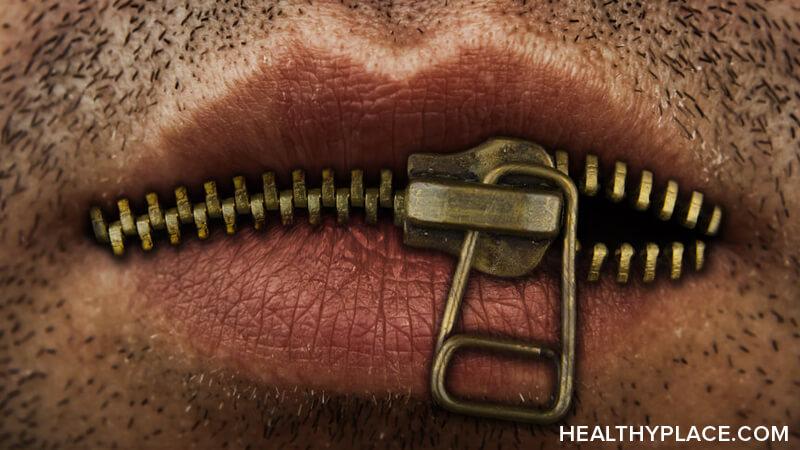 Destigmatizing mental health disorders as a concept is great, but when it actually comes to doing it, what does it look like? To some extent, I like to think that normalizing discussing mental health conditions that aren't often spoken about is going to be a lot like when we were beginning to talk about mental illnesses at all. There's going to be resistance; people are going to not understand. But just think, people are fairly comfortable with talking about depression and anxiety now and they're not seen through that same scary, volatile, or foreign lens to the same degree as they once were.

However, the disorders that aren't often a part of the anti-stigma conversations still are viewed through those lenses. It can be difficult to broach conversations about them because they're so foreign to many people and elicit a wide range of reactions. Speaking personally, having excoriation (skin-picking) disorder and deciding years ago whether I was going to talk about it or not was daunting because of the stigma I knew I could face. I had faced stigma when I didn't talk about it and when I did try to hide the behavior anyway. And now to openly admit to it? Yeah, I was more than a little nervous.

Disgust and extreme lack of understanding that led to negative reactions are high on the list of stigma I faced for this lesser-known disorder. I know others with disorders under the body-focused repetitive behavior spectrum feel the same. It sucks, for sure, but I can't imagine what it's like to have an illness where someone will automatically think you're violent or dangerous as soon as you say you have it. Sadly, those ideas still exist for too many mental health conditions. ("Mental Illness Myths and the Damage They Cause")

This is a beautifully written share and one that is so helpful for so many. The more that we can have these types of conversations for lesser-known mental health conditions the more we can pave the way for so many other important conversations surrounding these topics as well. Thank you for sharing.

Thank you so much, Lizanne! I hope that we can have more conversations about lesser-discussed conditions as well, and you're totally right. Once we have these conversations that broach the subject, we can really dive in and make a big difference. Cheers! :)