Don't Forget Other People Have Anxiety Too

Do you ever have days when you swear people are acting hostile, rude, or just downright weird? I'm a cashier at a grocery store, so I see all kinds of social behavior "in the wild," so to speak. And yes, I'm aware that my anxiety can warp my perception of other people, but that can't completely explain how some people act on occasion. 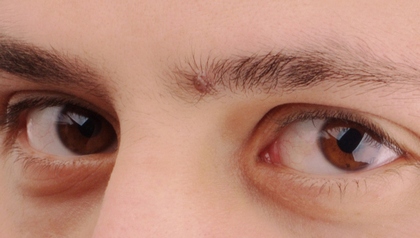 Because some people do strange things, like mumble unintelligibly while not making eye contact. They look mostly at their feet, except to glare at me when I ask if they want paper or plastic. And, sometimes, they seem very tense and wide-eyed, like they're on the verge of bolting out the door without their groceries or their change.

Lots of Other People Also Have Anxiety

You may have already heard this, but it still bears repeating: anxiety is the most common form of mental illness, at least in the United States. 18% of American adults live with some kind of anxiety disorder. That's 40 million people, which means that for every 10 people in my checkout line, approximately two of them are struggling with the same things I am.

Not only does this make me empathize, it also reminds me that others' sometimes brusque behavior is nothing personal. They're getting by the best way they know how, the same as I am.

Here's how the most common types of anxiety disorders in the U.S. breakdown:

I spend a lot of time worrying that there's something wrong with me and that other people think I'm weird. What a relief to remember that lots of other people have anxiety too and probably think they're just as weird as I'm afraid that I am. There's lots of us out there. I'm not alone, and neither are you.

Self-Medicating for Anxiety: An Addict's Perspective
How to Cope with Being Anxious and Alone for the Holidays
kerri
November, 29 2014 at 5:01 am

Awesome Greg I think the problems of anxiety are greatly exacerbated merely because we DON'T talk about it. I think a large part of anxiety issues exist only for that reason, hiding it, denying it, feeling alone which only makes it worse. I have found in my experience with anxiety that the more open I became to actually being honest about it and talking to people about it and listening to their stories too the less anxiety I feel. I am so grateful to have learned that no I am not some crazy freak of nature leading a hopeless life, I'm actually finding out I'm not so different at all. It's just the ways I learned to deal with and perceive life when I was a kid were let's just say less than optimal. So now slowly, ug, so slowly I am learning although I may have "wrongly" believed things or had/have a distorted perspective on things that does not equate to: something wrong with ME. I have a long road, but the more I learn to live life NOW and give the present it's due, and accept it while learning to let go.....the less anxiety controls me. Thanks. I know, long post but I just wanted to convey this message to give comfort and encouragement to others . ps. funny I found this article this am - it got my attention because just yesterday I was in line at a store and inside, just a freaking whirlwind basket case of fear, anx, etc. and I looked at the people with me in line, there was this one guy who I almost said to him "Hey you'd never know I'm an absolute train wreck inside right now would ya?! So ya, finding out you're not so "special" eliminates a lot of anxiety right off the bat.