Self-Medicating for Anxiety: An Addict's Perspective 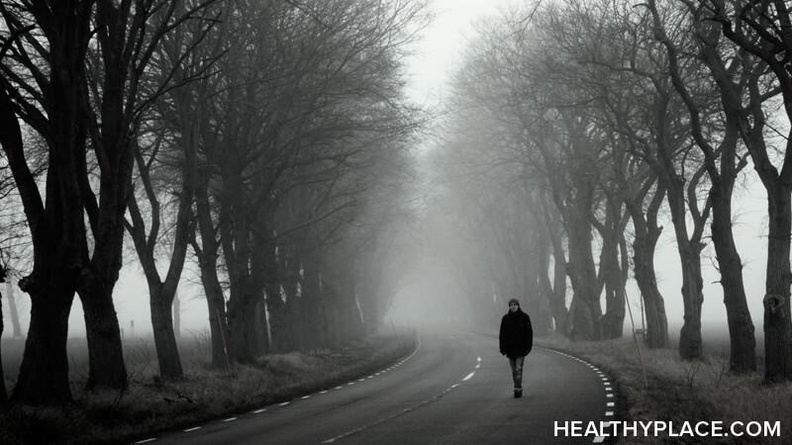 It seems like there is a lot of discussion these days about self-medicating for anxiety. For those who aren't familiar with the term, self-medicating generally means using alcohol or other recreational drugs like marijuana to manage the symptoms of anxiety. It's also possible to self-medicate with behaviors like eating, shopping, gambling, and sex. The overall position within most mental health communities -- including HealthyPlace -- is that self-medicating is generally a bad idea. While I don't disagree, I think the topic is more complex than it appears, especially when you factor in addiction.

What Happens When An Addict Self-Medicates for Anxiety?

I've not talked about this on the Treating Anxiety blog before, but I am a drug addict and an alcoholic. I prefer to just use the term "addict," because that includes my addiction to alcohol, which is just another drug for me. Fortunately, I entered 12-step recovery for addiction in 1996. I've been clean and sober most of the last 18 years, and have had multiple years of abstinence from using substances.

As an addict, self-medicating for me is a very, very bad idea. I've learned this through long and bitter experience. While it's true that drinking and smoking weed ease my anxiety symptoms, there's just one problem: once I start, I can't stop. I keep drinking myself into a downward spiral until I crash into suicidal depression that can last for months. The end result of trying to manage my anxiety this way always turns out worse than the anxiety symptoms I was trying to escape in the first place. And this is why the majority of mental health professionals caution against self-medication: it tends to cause more problems than it solves. 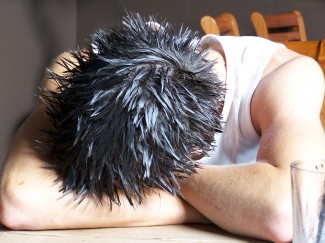 There's also evidence to suggest that people with mood disorders like anxiety or depression are up to three times more likely to abuse substances than the average population. This means there's likely a link between mood disorders and substance abuse, and the mood disorders often occur first. Also, when you use substances to self-medicate your anxiety symptoms away, you're making it more likely you'll do it again the next time you're anxious. Like Pavlov's dogs, you're training your brain to equate anxiety relief with substances, sometimes to the exclusion of other viable options.

What If You're Anxious But You're Not An Addict?

Are all people with anxiety disorder potential addicts? Of course not. Many suffering from anxiety and/or depression do not have tendencies toward substance abuse. Does this mean they can safely self-medicate for anxiety without the risk of dependency?

Here's where my opinion differs somewhat from some of my peers. Keep in mind, I am not a doctor or a mental health professional. I'm just a layman giving his personal opinion.

I have known some people who could self-medicate safely, chiefly because it did not become their primary coping strategy. That's because, in my opinion, they were not addicts, or potential addicts. Self-medication was only part of their coping mechanism, and it appeared to help their symptoms without taking over and destroying their lives.

Does that mean that self-medicating for anxiety will work for you? I don't know, and ultimately, I believe that's something you'll have to find out for yourself. As long as you're a legal adult, you have a right to try it and see if it works for you. Just keep in mind that you're engaging in potentially risky behavior that can carry serious consequences. And, in my opinion, most people who believe they can handle self-medicating turn out to be wrong; they can't handle it, and learn their lesson the same way I did -- the hard way.

Social Anxiety Warps Our Perceptions of Peoples' Intentions
Don't Forget Other People Have Anxiety Too
Cris
August, 10 2021 at 10:06 pm

My adult son has ADHD with explosive anger issues.
He sees a therapist once a week and he takes a narcolepsy medication (off label) for his ADHD. (Modifinol) sp?
I don’t know how to get him to try. (Work)
He’s so edgy and anxious, the house is a stress ball.
He lies about only everything, so not sure his any therapist can help someone not being honest.
If not for my frantic calls to the office, they would be thinking everything “is fine.”
He pretended to go to work for 6 months when he didn’t make it through the probation period at his first “help desk”, job.
I try to research so I understand ADHD better, but telling us to “stay calm,” as an outburst of destruction is occurring is unrealistic and gaslighting.
He has a gun permit.
A person with rages and impulse control issues that occur in a nanosecond, can have a gun.
That’s extra~
Welcome to America.

Thanks for posting and for sharing your personal experiences, Greg. No matter how many years of sobriety one has under their belt, I still think it takes courage to talk about one's struggles with addiction.
One of the mottos I often ask my client's to keep in mind is that "Recovery is Discovery." I read it somewhere in a paper by a feminist writer who talked about the experiences many women go through when recovering, and living, with an addiction. This motto applies to everyone, especially with respect to healing from underlying mental health conditions, like anxiety and depression. Through self-medication, we try to discover what works for us. But, it's not until we abstain from substances (or compulsive behaviours) that we start to discover what actually heals us.

I understand your view point. I feel that sometimes people are drawn to what seems to be a quick fix at the time. However this can lead to problems and dependency after a while. It also stops people exploring other options that might be better for them long term. Is is up to each individual to explore the methods that work for them in a positive life affirming way. This may be therapy, talking to a friend, relaxation, exercise, or distraction techniques. Each individual is different however the ideal would be to get to the root cause of the anxiety to address these underlying issues.