The Connection Between Anxiety Disorders and Suicidality 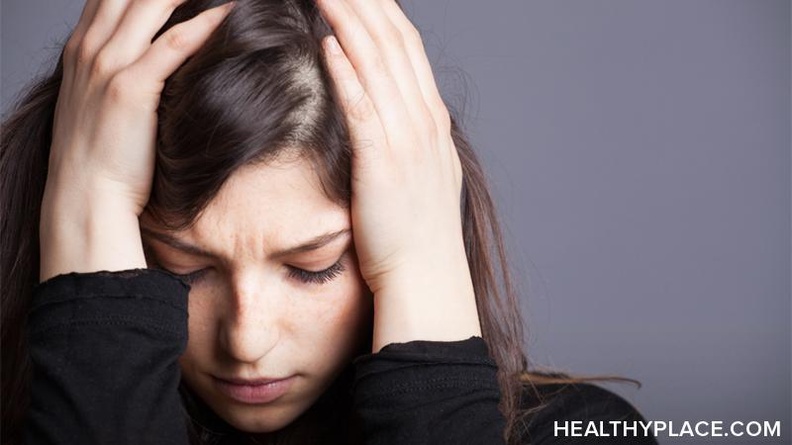 Anxiety disorders and suicidality are connected, but when I think about how anxiety is perceived by society, I think about what I've seen on tv and in movies. I've seen so many shows where anxiety was portrayed with someone sweating a lot on a first date or being unable to speak when asked to talk in public. Some forms of anxiety are even used for comedy, like in Parks and Recreation where Leslie's mom meets a former love interest whose anxiety led to a comedy of errors after Leslie brings him to a party. There isn't anything wrong with these portrayals, but it is striking to me that none of the imagery associated with an anxiety disorder implies suicidality.

Suicidality is often seen as related exclusively to depression, not anxiety, so our collective consciousness as a society has built up the connection between depression and suicidality very well but has, perhaps, neglected its connection with anxiety. So today, I wanted to share some of the evidence demonstrating a link between anxiety disorders and suicidality to address this apparent gap in our collective awareness. Taking anxiety disorders seriously really does make a difference, so if you are suffering from anxiety please seek support from your primary care provider or community.

The National Survey of Comorbidity-Replication (NSC-R) is a survey study of 10,000 adults in the U.S. that sought to evaluate the prevalence of mental health disorders. It evaluated many Diagnostic and Statistical Manual of Mental Disorders, Fourth Edition (DSM-IV) diagnoses, but we will focus on their findings for anxiety and suicidality.1

For women, the associations cited above were the same as in general. However, for men, only PTSD predicted suicidal ideation, and only PD was associated with suicide attempts. (This gender difference may be due in part to the relatively low rate of suicide attempts, particularly in men, reducing power to detect significant differences).

Another study found that in psychiatric outpatients, individuals who reported at least moderate difficulty with anxiety symptoms were 3.5 times more likely to also report at least moderate difficulty with suicidal thoughts or suicidality.2 This finding is particularly impactful because it suggests that suicidal thoughts and suicidality are not just more likely in individuals with a diagnosis of an anxiety disorder, but may also be increased in individuals who just experience anxiety symptoms. This study focused on psychiatric outpatients, so these results may be limited to similar populations rather than generalizing to the public overall.

I hope the research cited above provides you a clear picture of the risks for suicidality associated with anxiety disorders. My intent in sharing this information is to acknowledge that suicide is not just a product of depression and that seeking treatment for anxiety is really important for protecting against suicidality.

This does not mean, however, that you will necessarily experience suicidal ideation or suicide attempts if you have anxiety. Rather, the evidence suggests that the risks for suicidal ideation and attempts may be elevated in adolescents and adults suffering from anxiety. I hope you found this article helpful for learning about anxiety disorders and suicidality, please share any thoughts or concerns in the comments below.

Make Friends With Your Anxiety
Depression and Anxiety, Invisible Illnesses, Can Lead to Suicide
Lizanne Corbit
September, 8 2020 at 9:30 pm

I appreciate you sharing this very important and informative post. In today's society, we get so much of our information through a media-filtered lens, whether we realize it or not (sometimes even in instances where we don't realize that's the case). It is so important that we look at all connections and have conversations like these so that disorders can be fully understood and seen for what they are, beyond TV portrayals.

Hi Lizzanne,
Thanks so much for your comment! I agree so much of what we see in public is not necessarily representative of what is actually going on, and that collaborative discussions are crucial for improving the quality of dialogue we have concerning these topics.