Are Threats Abuse? How to Recognize One When You Hear It 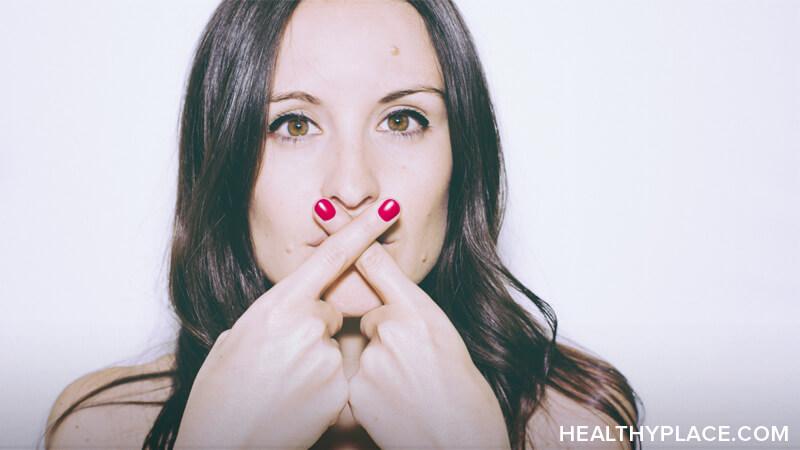 Threats are abuse and are considered obvious signs of abuse in a relationship. After all, a threat is pretty easy to recognize, isn't it? Not always. Threats can be veiled with humor or hidden within an argument, but, if we dig a little deeper, the perpetrator's message is clear: If you don't do what I want, I'll make you regret it. Making any kind of threat in a relationship is a power play that seems obvious on the surface, but it can be difficult to spot. Threats are abuse, so how are threats hidden in seemingly normal relationships and how can we call them out?

Are Threats Abuse? Yes, and Here's What They Sound Like

Threats are abuse. Some threats are obviously abusive but some are hidden.

Domestic abuse victims will often report threats made by their partners. Many of those threats are of a physical nature, such intent to cause harm to a person or their loved ones. Threats can also be made over possessions. Examples of threats include:

Threats can be more subtle and emotional, however, making them harder to identify, such as:

Even looks, actions, and gestures can be threatening if the intention is to manipulate or control you. Examples of threatening actions might be a tight hand squeeze when you start to talk about something your partner doesn't like or a look that says: keep your mouth shut.

Of course, gestures like these are difficult to contextualize and define, giving the perpetrator further reason to say it's all in our heads.

Are Threats Abuse All of the Time?

Here's where it gets tricky. If you're anything like me, you may recognize some of your own behaviors in the list above. You might remember times you tried to manipulate situations to please an abusive partner or get them to lay off you, verbally or physically.

You might think about ultimatums you've made, such as: If you keep threatening me, I will leave you and take the kids.

You may be wondering if, after all the abuse you've endured, you've actually become the abuser.

Perpetrators of abuse are aware of this fine line between acceptable and unacceptable behavior in a relationship and they exploit it to their own ends. If the person abusing you has ever made you feel like you are the abuser, you're not alone.

Abusers often turn out the way they are because they think everyone is out to get them. While gaslighting and manipulation clearly play a part in the abusive cycle, it's possible the perpetrator genuinely believes he or she is not at fault. He or she may then take every threat you make as further evidence of your culpability.

Verbal and emotional abuse is never okay, but it often comes down to ownership of power. In every abusive relationship, the perpetrator is the one with that power and he or she wields it over his or her partner to get what he or she wants.

If you feel powerless in your relationship, this could be a sign you're being abused.

Why Do Threats Happen in Abusive Relationships?

Understand that if you've started making threats in your relationship, it's because you're trying to survive. Clearly threatening to harm someone is not okay, however justified; and there are better and safer ways to stop abuse. But abuse victims will respond in all kinds of ways to try and preserve their sanity, and one of their most common coping mechanisms is to act like the abuser.

Abusers make threats in relationships because they know they have the power to follow through with them. At times, however, they desperately need to be reminded of their autonomy over us, so that they're not deemed vulnerable or weak. This is how and why threats happen.

If you're being threatened by your partner and you're concerned for your safety, please call a domestic violence helpline today.

APA Reference
Smith, E. (2018, July 13). Are Threats Abuse? How to Recognize One When You Hear It, HealthyPlace. Retrieved on 2022, December 9 from https://www.healthyplace.com/blogs/verbalabuseinrelationships/2018/7/are-threats-abuse-how-to-recognize-one-when-you-hear-it

my ex gaslights me tells me im to be only his and he will break my rib if i tell anyone ....i already made the error by having sex with him even when we do have sex he likes to inflict pain {biting nipples digging nails into back etc} he is also trying to keep me from moving away to a better life just to keep control over my life ...what do i do? can i use this in court for my relocation?

my mom threatens to slap me when we have disagreements. is that abuse?

He threatens to punch me in my face or knock me out if I don't do what he says. He slaps , chokes, corners me and spurs in my face. My self esteem is low and I don't feel beautiful.

I love your article!
According to this article, I'm actually NOT crazy! Thank You for putting this on paper.
C

Thank you for this. I’m out of my abusive marriage 5 years next month. (DOES NOT SEEM THAT LONG), and likely because he still tries to harrass me secretly with some kind of manipulation. The threats I recall the most were long running “jokes”, (NOT), of how if I ever left him he’d move as close to me as possible to watch me come and go, and if I ever so much as had a smile on my face, alone or with anyone, he’d be at work the day I’m found with a bullet in my head. This went on for years subtly at first. Then not so subtle
No one believed me because he’d never been abusive to me around anyone. Like so many are so good at. Still these days I cannot stop from looking over my shoulder, and when I walk my dog I try to let someone know that just in case I don’t call or text when I’m back to call me and make sure we’re back. He owes me lots of money he never plans on letting go of, and I struggle horribly financially because of it and other things I got stuck with that he easily lied his way out of.
He did move close to me but even worse, very close to my grown daughter. Most disturbing and I will never not believe that if he had the right opportunity he’d make good on that threat. It’s just such a shame we’re made to feel like we’re crazy for that and they play the victim. I so hope people start seeing through that one day.
Thank you so much. I save so many of these for is my family ever wants to open their eyes.I have more than enough information to prove my points.

Thanks for sharing your story. That mustn't be easy!
hugs,C.

Thank you for sharing this. This is truly such an important read. It's helpful for us to not only recognize these behaviors in our partners, but as you so wisely pointed out, recognizing the behaviors in ourselves as well. It's important to be mindful of where a threat falls, but threats shouldn't be taken lightly and help is always available to those needing it. Thank you for sharing.