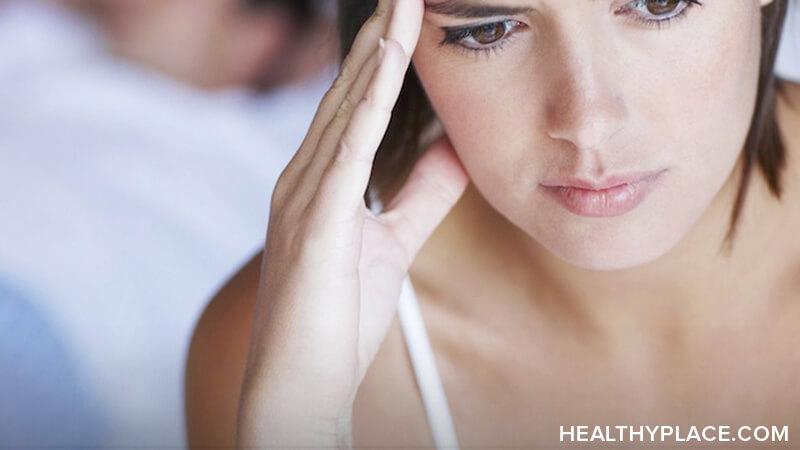 Happiness After Verbal Abuse Will Happen

One thing I want to be better about is not telling myself that I should be over my experiences with verbal abuse by now. There's a longing for a sense of happiness again once the relief of leaving a verbally-abusive relationship has passed. It's a frustrating and slow process. Sometimes I feel like I remember things that were said, and I feel hurt even though I'm not sad about the person or the relationship itself. Other times, I wonder if I'll ever fall for anyone because I'm paranoid about missing signs of verbal abuse again.

In moments like these, I try to remember that everything happens for a reason. I may still be healing from the relationship that hurt me, but I can always appreciate everything I learned from it and trust that happiness will find its way into my life even if it's not while I'm longing for it. I'm learning to embrace the hurt through more evenings alone, time with friends, lots of comfort food, and letting myself know that it's okay. I have faith that happiness after verbal abuse can happen.

Right after my longest verbally-abusive relationship ended, I didn't really feel sadness or pain initially. I was angry and felt ready to take on the world. I thought maybe during the months of unhealthy conversations leading up to the breakup, I was starting to get over it all before we had even broken up, but here I am a year and a half later, picking up the pieces of our broken relationship, and the sadness has hit me in a really unexpected way.

I feel like my confidence has gone down, my skepticism has gone up, and my interest in dating is essentially non-existent. I don't miss the abusive relationship in any way, so this sadness surprised me. However, I think that's because what I'm feeling isn't sadness, it's more like weakness. I don't feel like I'm achieving what I wanted to at this point after a verbally-abusive relationship, and all the residual effects of it are starting to affect me only now.

This could be happening because I never got to feel the low -- the breakup sadness -- before the high. Both of these, though, feel necessary for me to truly move on, no matter their order. I'm trying to remember that I've been happy since the relationship ended and that I will get back there again after I let myself feel everything I need to.

There Are Many Ways to Heal After Verbal Abuse

My experiences after my verbally-abusive relationship feel like they've happened backward, forward, upside down and nothing like how I expected them to. When I think I might be fully healed, I start to feel things I never did before and feel set back again. However, I know that if a friend came to me with these experiences, I would say there's no right or wrong way to heal.

My plan to tackle unexpected feelings of sadness, weakness, or lack of confidence is a two-step process:

I hope that in any sequence, you're able to move on in whatever way is best for you, and that we can all remember that even though it feels like you've come to a stop when you're feeling down, that's a healthy part of this whole process, and it will be worth it.

Rebuilding Self Esteem after Verbal Abuse
The Role of Narcissism in Verbal Abuse
Cheryl heald
November, 2 2019 at 11:52 pm

When my partner is drunk he is sometimes verbally abusive. After he is sober he apologized .I was wondering if he really means Th E things he says to me while drunk?

When my partner is drunk he is sometimes verbally abusive. After he is sober he apologized .I was wondering if he really means Th E things he says to me while drunk?