Rebuilding Self Esteem after Verbal Abuse 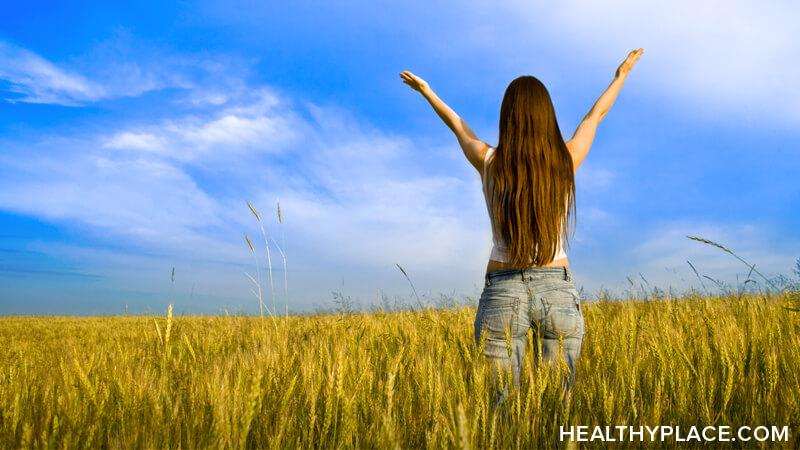 Self-esteem takes a hit when you live with verbal abuse, but you can do something about it. Here's how you can rebuild your self-esteem after verbal abuse.

A lot of my blog posts focus on the stage after exiting a verbally abusive relationship, and this is because I think that everyone experiences verbal abuse a little differently. I think verbal abuse can be one of the hardest things to identify in a relationship for many reasons: mistaking it for the abuser's personality, thinking it's not intense enough to leave, seeing it's not happening every day in the relationship, etc. However, one thing I think most victims of verbal abuse in relationships have in common is that one day, we realize the relationship was abusive. One day it becomes clear, and that's when we make changes.

I felt the shockwaves during the relationship, but the blows to my confidence happened post-breakup, and then I understood that this was a root behind my choice to leave, even if subconsciously. A friend told me I had experienced abuse, and I was confused about what he was talking about. That's when it became very real for me. It was a sad, confusing feeling.

After phases of feeling embarrassed, angry and unsure of who I was, I learned to use my story as a learning experience and used it as fertilizer for growth going forward and I hope to inspire you to do the same when you feel is right. These are two of the areas that impacted me the most and how I learned from them.

How I Recovered My Self-Esteem After Experiencing Verbal Abuse

Some of the conversations I remember most vividly from the unhealthy corners of my relationship were arguments. They weren't often loud or explosive; rather, it felt like we were speaking different languages. There was always an element of feeling misunderstood and perplexed like the other person was on a completely different plane of thinking and I never knew how to react. If an argument started because I said he hurt my feelings over something, he would accuse me of making this elaborate, evil plan to stir up an argument with him for attention by pretending I was sad. I wasn't allowed to vocalize how I felt, and deeper than that, I wasn't even allowed to feel.

My takeaway: You were incredibly in-tune with your emotions and feelings while the other person was not. In retrospect, I see this was manipulation disguised as betrayal, where my rights to sensitivity and standing up for myself were challenged. But in reality, despite that, I still felt strong feelings, and that's a good thing. My feelings were not only valid but also meant that I was more emotionally present than my partner ever was. I thought about his habit of always twisting my perspective to be manipulative toward him and realized this said more about his internal insecurities than mine and that my emotions were reasonable where his reasoning never was.

Where most experiences of looking through photo albums with a new partner can be light and sweetly humiliating, the moment I remember was when he said my arms were really thin back then. This was the first of many comments that probably seemed normal to him but really destroyed my self-image. I've always had confidence issues, so to be told that I was more attractive in my high school days than now, and reminded every day that I should be at the gym, was extremely hard for me during and after this relationship.

My takeaway: If you're feeling uncomfortable, sad, angry, etc., you know the things being said to you aren't right. It can be all too easy to let verbal abuse in this form get into your self-conscious habits, but we can't ignore that initial feeling of distaste. That moment is the confirmation that the words and their intentions were unhealthy and hurtful, and this is what I focus on now. Instinct identified this as verbal abuse before I did. I learned to trust it later which helped me feel validated in being hurt and stronger for understanding that this wasn't about truth or attraction, but about inappropriate language. I could move on from that much more confidently.

Taking harmful conversations and turning them into healthy lessons took a lot of time and patience, but even being able to do this years later can help heal these wounds. The truth is, these small yet significant abusive changes can have impacts that are stronger and longer than you might think, and addressing them later in my life provided relief and confidence for me even today. I encourage you to explore this idea and fight light where it once was only dark.

How to Avoid Blaming Yourself After a Loved One's Suicide
Finding Happiness After Verbal Abuse -- Embrace the Hurt
Lizanne Corbit
October, 7 2019 at 8:36 pm

I think it's great that you talk about physical and emotional confidence. I think looking at these two in their own unique lights is so helpful to truly rebuilding confidence in all areas. I love that you talk about your rights being infringed upon. This is such a huge thing to recognize! When we move from any kind of abusive patterning, recognizing and acknowledging that our very rights at the core of our beings were being taken or obstructed. Wonderful read.

Lizanne,
Thank you for your comment! It really means a lot when someone can appreciate what I identified in my own personal journey and see the value in it.
Love and light, Katlyn