My First Experience With Verbal Abuse as a Young Teenager 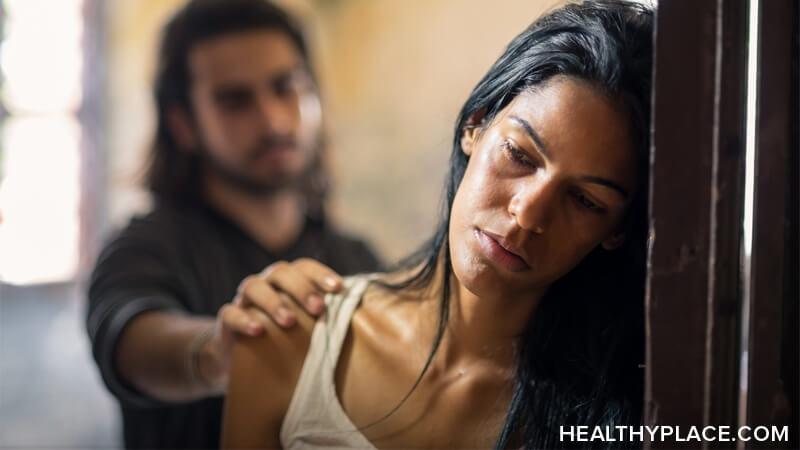 I can still remember my first experience with verbal abuse. At the time, I was only 13 years old.

When we first met, I thought he was a sweetheart. One of his specialities, however, was putting on a facade. He and I dated for three years, but our relationship took a turn for the worse several months after he asked me to be his girlfriend.

He starting using my insecurities against me. When we engaged in trivial arguments, he knew the “right” things to scream in my face, the things that really hurt — he found great pleasure in breaking me down and crushing my youthful spirit.

My ex-boyfriend wanted to steal my self-esteem. Each time he threatened me or spewed mean words in my direction, he gradually stole it, piece by piece.

When he discovered that I was self-conscious about my weight, he starting making fun of me and calling me fat. He especially enjoyed bullying me while we were in a crowd of mutual friends. Somehow, demeaning me in front of other people made him feel strong and powerful. As this was my first experience with verbal abuse, I didn't realize the effects of his words at the time.

My Experience with Verbal Abuse and Manipulation

I broke up with him a handful of times during the years we were together. He would call me on the phone, crying and begging. Manipulative games were his preferred method of trying to win me back. Win... as if I’m a prize and not a human being.

One time, he staged a fake suicide attempt for my benefit. He knew I’d cave if I thought he might be a danger to himself. In reality, he was only a danger to me and my mental health.

His twisted mind games never failed — I accepted him back into my life, time after time. Every time I took him back, he would throw his facade on for a week. We laughed a lot and he treated me well. Then, his true nature would resurface. Feelings of regret and resentment towards myself consumed me every time I believed his lies about becoming a better person.

Manipulation isn’t an act of love or endearment. When you want to be with someone, that choice Is based on you wanting to be with that person.  If he tricked you into forgiving his tendencies of verbally abusing you, that isn’t love.

When a person starts to fake cry or lie about something as serious as suicide, he is acting in a manipulative fashion. Manipulation can be subtle, like a change in someone’s tone of voice.

I stayed with him for so long because he made me feel bad for him, and he convinced me that no one else would ever want me. I genuinely believed that I was undesirable — verbal abuse can have that effect on a person.

Three years after our first date, I removed myself from that experience with verbal abuse in a relationship. He resorted to his usual tactics and tantrums, but I refused to give in. That time, I was done.

I sought support from my parents. They had watched him verbally abuse me for years. Every time I cried for hours in my bedroom, my mom and dad were the ones to calm me down.

Maybe this will sound odd, but I missed my ex-boyfriend for a couple of months after our relationship ended. I reminisced about the good times and my mind blocked out many bad memories.

My family continued to uplift me, reminding me that I deserve better than verbal abuse in a relationship. They had told me that my soulmate is out there somewhere and one day I’d find him. I remember them saying he’d be respectful, compassionate, communicative, and kind.

I moved on from my first experience with verbal abuse. The key to recovering from my ex-boyfriend and how he treated me was time. Time can be effective at healing all of our emotional wounds.

How did your first experience with verbal abuse make you feel? Share your thoughts in the comments.

APA Reference
Lane, M. (2020, May 13). My First Experience With Verbal Abuse as a Young Teenager, HealthyPlace. Retrieved on 2022, August 8 from https://www.healthyplace.com/blogs/verbalabuseinrelationships/2020/5/my-first-experience-with-verbal-abuse-as-a-young-teenager

Introduction to Megan Lane, Author of 'Verbal Abuse in Relationships'
Is Verbal Abuse Forgivable?
Linden
May, 20 2020 at 12:35 am

It came from my own parent which I feel very much sad about.

Hi Linden,
I’m sorry you went through that. Would you like to talk a bit about it? How is your relationship with your parent now — are they still in your life?

Hi Linden,
I’m sorry you went through that. Would you like to talk a bit about it? How is your relationship with your parent now — are they still in your life?