Mental health stigma teaches us that mental illnesses are rare, that only a few people have them, and that we should feel alone if we are one of those few. Stigma subtly teaches us to question the commonality of our mental illness.

When people come forward saying they have mental health issues, one of the automatic, and unfortunate, assumptions is the person must be doing it for attention. I'll also add it's true that it's hard to say how many misdiagnoses there are; however, the fact of the matter is mental illnesses are not rare.

American mental health statistics say that depressive disorders can affect 20% of women and 12% of men, death by suicide accounted for 1.6% of all deaths in 2011, bipolar disorder affects 5.7 million adults, and that’s just to name a few. Even disorders that you’ve maybe never heard of are more common than you think; something like excoriation (skin picking) disorder (dermatillomania) is roughly estimated to affect 2-5% of the American population.1

Here in Canada, as much as 20% of the population will be affected by mental health issues in his or her lifetime, according to the Canadian Mental Health Association.2

If 80% Of Canadians Aren't Mentally Ill, How Is Mental Illness Not Rare? 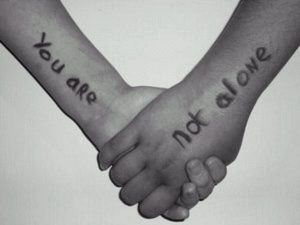 I once pointed out that mental illnesses are not rare to someone online, giving the percentage-based statistics. Specifically, I was speaking about dermatillomania, and the person’s response was something along the lines of "If 95% of the population doesn’t have the disorder, how is it not rare?"

Based on mental health stigma, it makes sense that people think mental illnesses are rare, I suppose. However, percentages don’t show the true number of people who are suffering, and, even more importantly, those who may be suffering in silence.

To me, the sheer fact that so many people do come forward with mental health issues once they feel comfortable enough shows just how un-rare mental illnesses really are. The fact that I can point to at least five people that I know of in my class of 21 who also have mental health issues (ranging from anxiety to depression to eating disorders and even body-focused repetitive behaviours like mine) tells me that mental health is infinitely more common than stigma and isolation would lead us to believe.

Mental Illnesses Are Not Rare -- You Are Not Alone

You’d be surprised who might share experiences like yours, and even how close to home they might be. Growing up, I felt completely alone with my mental health issue, but even when I started to learn more about my mental health and meet people online who (unfortunately) shared my issues, I still felt alone right here in my own home. When I started to speak up about my depression and anxiety and even my skin picking, though, I was amazed at how many people came forward saying “Me, too.”

I wasn’t alone after all.

Mental illness has to be in the millions, especially of you count in categories like from severe to functional. The severe cases are obvious. The functional ones are those that suffer but maybe they hide it enough to where others don't know.

You're right, many, many people are still in hiding, and this too probably contributes to the perception of rarity. We have to create a world where people feel comfortable saying they are struggling and need help, and that way maybe no one will hide.

Thankfully we've come a long way since the 1970's, when it was imperative to keep illnesses like schizophrenia in the closet. It was fine to grapple with mental-health issues like anorexia at that time; but the former was something that you just must not speak publicly about. My mother was a schizophrenic, and as the only child of a widow, I had to deal with the illness completely alone...it was taboo to speak of it. I am relieved that we have progressed to the degree that my children can freely speak of my own condition (Bipolar Disorder), plus that today's youth are educated in psychology classes concerning such.

Absolutely, we're making progress, which we must acknowledge. However, we still have a long way to go and so many barriers to break down. We just have to keep plugging away and do our best to make sure that the future is even better for mental health. That we can even have conversations about mental health now is exceptionally wonderful. I'm sorry to hear you had to deal with your mom's schizophrenia alone, but I'm glad your children are not following along in that legacy.