Psychopaths Versus Those Who Experience Psychosis

Someone who has psychopathic symptoms can seem normal and functional in most ways, they often take on positions of authority and power and are considered successful. But psychopathy is a much different condition than psychosis. A person who is a psychopath has symptoms which may involve unhealthy relationships, controlling behavior, and even tendencies towards violence (Psychopathy: Definition, Symptoms, Signs and Causes). Psychopathy is a mental state where a person has no conscience, no moral compass to guide them.

People with psychosis have a conscious, but may be confused; they should be helped, not stigmatized. Psychosis is a condition that involves a loss of contact with reality. Experiencing psychotic symptoms can be so terrifying for sufferers they may try to end their lives as a result of the trauma.

Psychosis and Psychopathy Stigma in the Media 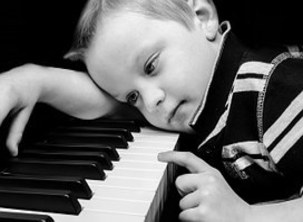 It may be hard to believe, but the incredibly popular fictional character James Bond is a perfect example of a person with psychopathic symptoms. He seems to have no conscience, can kill anyone without remorse, and seduces women forming only the barest necessary relationships. Those who suffer from psychosis are people who have delusional thoughts, grandiose thinking, hallucinations, and other symptoms. Those who have schizophrenia often, even after being stabilized on medication, see and hear things that no one else does. With regards to mental health stigma, though, these people should not be feared. Studies have shown that people with psychosis are no more violent than the general population and that when they are violent, they are much more likely to direct their violent actions at themselves rather than others, through suicide attempts and self-injury.

My Personal Experience of Confusion Between Psychopathy and Psychosis

In my personal situation, having a condition known as schizoaffective disorder, I have experienced first hand what the stigma of psychopathy versus psychosis is. In one such occasion, I had a close friend who didn't know I had a mental illness and had not explained it to her, mostly because I understood almost nothing about it myself (mental illness education is the best way to bust the myths of mental health stigma). After not being in touch for more than a year, feeling ashamed that I had a mental illness, I contacted her, and she soon cut me out of her life with the false impression that my actions were those of a psychopath, and that I would harm her. Many of the friendships formed in my teen years ended this way.

Fortunately, now I can discuss my psychosis and medications. Also, treatment has brought me a long way towards being more accepted by friends and family members. Though I have lost many friends I won't ever get back, I feel the battle against mental health stigma, especially relating to the stigma surrounding psychosis and psychopathy, will get easier with time and effort, and as I forge ahead, new relationships will one day replace those I lost.

How to Respond to Stigmatizing Costumes on Halloween
Don't Stigmatize Emotional Reactions to the US Election
Darlene
November, 16 2016 at 7:51 am

Yes, the education and awareness is much needed. Very well depicted. To end ones life as option to finally stop the pain and confusion, and numbness is very real.

Although it isn't part of the curriculum, in Edmonton, I often to go junior high schools, high schools, University classes, and other organizations such as the Police Recruit classes to speak about my experiences and teach people about mental illness on a volunteer basis. I feel that all of us have a duty to try and do these things to reduce stigma and increase understanding and acceptance. Thanks for your comment.

Thank you for helping educate on mental illness!
My husband suffers from sever bipolar and it took us many years to figure this out. He has often asked why I didn't leave him, my response "I know you, you are not the A$$, this is something completely different" We were blessed to find a wonderful counselor who helped us get the proper diagnosis and referred us to a Psychiatrist.
Meds, communication, knowledge, support and love above all are what helps the most!

Thanks for your praise, it means a lot to hear feedback from those who read my blog. It is also very good to hear that you are someone who will stick with a partner with a mental illness, sadly this doesn't always happen that way. I like your prescription for good mental health: meds, communication, knowledge, support, and love. Here's wishing you and yours a very happy holiday season!

This is the clearest explanation I've seen by & for laypeople, and it means more coming from someone who has experienced it. Thank you for writing it.

Stigma will always be there. A depressed person with pyshcosis needs to read about their condition and learns ways to get better. For me, it has been recognizing environmental factors and changing the ones I can. I quit talking to people about depression and psychosis because it leads nowhere, unless you are talking with someone of similar disorder. The strive for happiness and acceptance of my fate in life has helped. Just my thoughts.