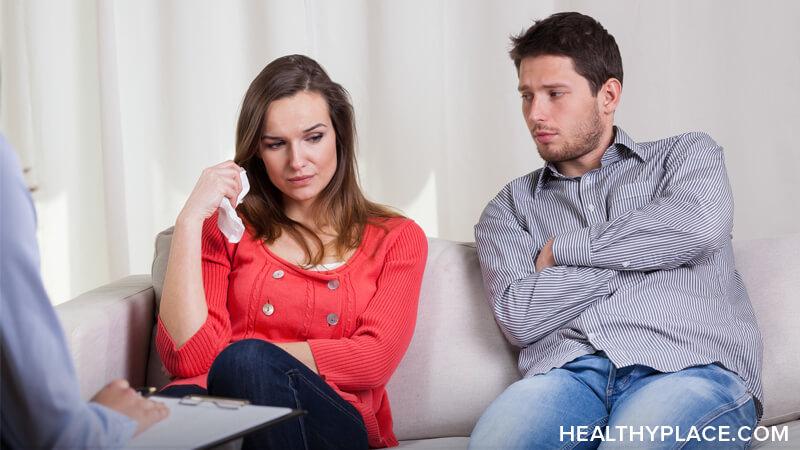 So, you've spotted the signs of verbal abuse in your relationship and you want to end the verbal abuse. You know that blaming, shaming, threatening and name-calling does not equate to a happy or healthy partnership. You realize that maybe -- just maybe -- you deserve better. So how do you make it stop? Is ending verbal abuse possible?

Recognizing a pattern of abusive behavior is the first step to take, but that doesn't make it an easy one. No one understands this better than I do. Despite that the signs were blatant, it took me years to realize I was verbally abused by my ex-partner; it took me even longer to see that I wasn't to blame for his abuse. However, these realizations alone were not enough to lessen his hold over me. These realizations weren't enough to end the verbal abuse.

Verbal Abuse Is Hard to Identify and Even Harder to End

Verbal abuse is highly effective at diminishing the victim, partly because it's so difficult for the victim to identify. Emotional and psychological forms of abuse creep into a relationship gradually, leaving scars that no one else can see.

Tips on Ending Verbal Abuse in a Relationship

Here are five things you can do toward ending verbal abuse in a relationship:

If you require immediate support, please call the Domestic Violence Hotline on our Help and Resources page. If you live in the UK, you can contact the National Domestic Violence Helpline. If you believe yourself or another person to be in imminent physical danger, call the police without hesitation.

Disclaimer: I recognize that both men and women can be victims of domestic abuse. My pronoun choices are merely reflective of my own experiences.

Can You Save Your Abuser's New Girlfriend From Abuse?
How It Feels When Your Verbal Abuser Is a Nice Guy
LT
October, 3 2017 at 2:33 am

LT, why have you stayed so long with this man? He sounds horrible and lazy.

Abusive verbal relationships indicates hard and trenchant interpersonal problem that devastate profoundly global wellbeing of victim of respective raillery relationship. In order to limiting the bad consequences of verbal abusive relationship, it ought to identify and to determine the pertain verbal abuse from any partner of concrete interpersonal relationship. Afterwards, it ought to undertake preventive actions and steps, as soon as possible, to interrupt verbal violence from abuser. Each dragging of verbal abuse strengthen and encourage abuser to this disocial conduct, with many damaging and dangerous outcomes for abused person. Your five genuine recommendations are of great help to overcome the ruinous repercussions of any verbal abuse relationship. However, it is value to undertake all preliminary steps to avoid the definitive leaving of relationship. Among them, the smart elaboration of abused person to verbal abuse relationship present correct and honest way to soften any hostile atidute and bad behaviour of abuser. Therefore, the circumstantial review of victimological aspect should be explicated and decoted, before to ending any verbal abusive relationship.

I appreciate your posts on this topic and I have felt needed validation. I am not sure if my unique situation exists in Posts, and wanted to ask if you could either write or include topic posts re: Adult daughter (adult child) raised by NPD mother, N-mothers who successfully deceive/convice their daughters or sons, once reaching the independence of adulthood (working, able to move/live independently), the N-mother/parent has "changed", "wants a close relationship", etc; adult child becomes very close to parent, no longer believing the concerns of childhood. And tying in the Stages of manipulation & abuse (love-bombing, i.e. N-mother acts like the mother you never had in childhood), allowing total trust and vulnerability during close relationship years, which are consistent (In my case 2 decades); adult daughter develops chronic illness, N-parent encourages adult daughter with vulnerable health to "move in with N-parent [& co-d step parent] "temporarily for "family support with health follow up"; Adult daughter trusts N-parent and Co-d, implicitly, accepts invitation to move temporarily for family support and upon move in the relationship has turned, Prior behaviors of NPD manifest, Stages of "Devaluation" and "Discard" follow, while in vulnerable health as an adult, stuck under roof, abused by both N-parent and co-dependent step parent, the personality disorder has gotten worse with age, adult daughter is in a living nightmare. Including discovery of NPD running in family, loss of family relationships, being isolated, ETC. So overall, adults dealing with Emotional, Psychological (And Physical) abuse in family (And Cluster-B PD context). Thanks for listening and hope to read any articles relevant on HP. Thanks so much- Dolly