How To Respond To Verbal Abuse 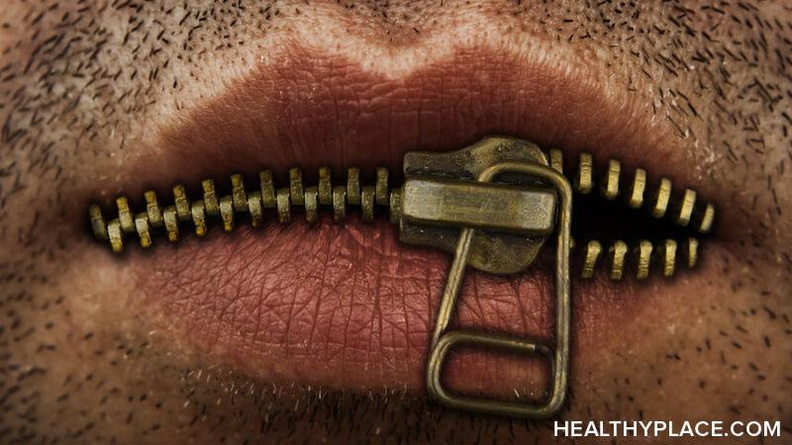 Verbal abuse cuts deeply, especially if you don't know how to respond to verbal abuse in an effective way. Arguments can be volatile with name-calling and blaming or more subtle like with passive-aggressive remarks or the silent treatment. One thing victims of verbal abuse come to discover is abusers are often irrational and unreasonable. The hostile language does not serve the purpose of getting a message across, it actually has nothing to do with what’s being said, it’s about the abuser's need to gain power and control over the victim. Understanding the argument itself carries no real significance as the abuser makes it apparent that trying to reason or explain is useless. Learning how to respond to verbal abuse can alter the course of the attacks and help a verbal abuse victim regain his power.

7 Ways to Respond to Verbal Abuse

Learning How to Respond to Verbal Abuse Empowers You

Learning how to respond to verbal abuse can be daunting and feel unattainable, but the more you practice, the easier it gets until it’s ingrained in your behavior. There’s a saying that goes, "people treat you how you let them"-- sometimes people have to learn how to teach others to treat them. It may not come naturally to be assertive and confident, it's terrifying for some people to stand up for themselves. However, just because it’s scary now, doesn’t mean it has to be forever. Slowly but surely, practice these ways of responding to verbal abuse, and you will see a new side of yourself you never knew existed.

Are You Verbally Abused When You're Sick?
Why Can Giving Affection Trigger Verbal Abuse?
M.
August, 24 2020 at 1:49 pm

Really sticky situation for me. I have an abusive mother. Now that I'm taller than her she shifted her abuse to words and disturbing mind games. Me being a millenial, I do not have a job yet, no income, no friends close enough for me to take shelter with them, no hope, no dreams, no nothing except for plenty of emotional wounds and anger. Basically I have to be in this household constantly with my everything being monitored by her and being bombarded with her verbal abuse and worse: gaslighting. Every single time I'm saying anything on any topic that doesn't agree with her she keeps repeating this as if she's a broken record: "you're hallucinating! I never said that! I never did that! You're mentally ill!" She does that to everyone but behind their backs. I'm the only one she says this about to my own face. I'm not mentally ill. I'm depressed because of my life and very angry for the cards that was handed to me, so bad that I'm robbed of one of the biggest and most basic blessings most people get in life which is a loving/sane mother but I'm not mentally ill and have never hallucinated. Many people told me many times that I'm one of the most reasonable and objective people they knew (not that any of those would help me one bit if I was to just rot under my mother's abuse in my grim fruitless life). I feel like I'm trapped in a dead end. How she is affecting me and making me hate life more and more is making it more impossible for me to manage to run away and make a life for myself far away from her. She loves that fact too and takes full advantage of that too, constantly reminding me of what a failure I am that can't even get a life together and linking those to me "being stupid, being ugly, being weak, being useless, being unwanted, etc." as the reasons why I failed to make my own life. Why was I given a monster who's hurt me so badly and more than any enemies even would, instead of a mother is beyond me. Not like I'd even be able to talk to anyone about it since I don't want to bore people with me being whiny and it's a fact that my mother being abusive is my own problem not my friends'. When people face problems they go to their parents, what am I supposed to do when the one abusing me is my own parent?! I really feel like I'm trapped here only to end my life myself.

Have you tried love? Loving yourself? Speaking to the inner child within?
I can’t offer the right words and I can’t fully comfort you in this situation. But I can say this: I feel you on the crazy mother shit. It hurts. It’s terrifying. It makes you feel like reality is slipping and your mind is the only thing watching it go down. You get no affirmations of love, no normal conversations, no validation... and you’re walking on eggshells with all the hairs standing on the back of your neck. You’re defensive. You’re wounded. And she is too.
But these words that you are saying to yourself... don’t give them so much power. Are you a failure? Are you REALLY a failure? Or is this a mini version of your voices mother dominating in your head? Disconnect, pull away, place yourself in the calmest state you can... and refuse to move. Refuse to back away from your calmness and protect it with all the love you have. You need to heal yourself. You do not need to figure out your mother. You are worth doing this for. But I can’t tell you that, you’ll have to tell yourself.

My bf and I have been together for 6 years. I’ve always known he has had issues but last night he went to far . We were eating dinner at our friends house around the table and a conversation came up about shark article . I had sent the article to my bf that morning and he then responded I didn’t get it you must have sent it to your other bf . Idk why he deceived to respond negatively but I ended up saying I did send it to you see . I showed him . And then he decided to loudly call be a “f***ing Idiot in front of my friends and there two young children . I was in shock and my bf continued and said I was coming at him and my friend kid eneded up turning around to him and saying , “no she didn’t , your coming at her .” The fact that even an 8 year old child stood up for me and noticed what he had done , I was embarrassed and yet relieved that I in fact am not crazy and people can see how he really is to me behind closed doors .I ended up driving myself home that night . He did come home and apologize to tell me how ashamed he was for speaking that way to me . Btw he never apologizes for anything . Anyways I can’t bring myself to forgive him and have been saying nothing to him . I don’t know if I should leave him or not because it’s an ongoing cycle .

Leave him, it will only get worse. My boyfriend used to speak to me the same way, we are now married for 30 years, and it has not stopped. He takes zero ownership of his behavior and gas lights every situation. My two grown kids see it and they think he is mentally ill. He is the bread winner and i feel trapped. I wish I never married him.

Leave him. Trust me he will not start treating you better after the wedding. Leave now when you can.

Thank you for this! I found the words “ untrue” and “unacceptable” especially empowering. As a mother of a child with adhd and dmdd (disruptive mood dysregulation), I find it overwhelming to be charged with the take of raising and supporting my abuser. There is so much a child like this needs, but there is also very little in the way of support for parents or siblings. Wish the mental health field would do and share more about childhood mood disorders. This is not just about discipline. We are not abused because we allow it. We are abused because nothing, in terms of medication, therapy or behavioral techniques, helps. Still, these seem like good guidelines for survival

. Financially he treats me well but verbal abuse is becoming more.and more after 6 years of marriage. I am 67 years and do not see myself at this stage moving out. The other problem is that he is isolating me from friends and family. When i.go to do shopping or my hair I have to hurry back home. It is draining me with no love or respect left. Keeping quiet is the best but being held captive is unbearable. Any suggestions?

Anita, Thanks for reaching out. I'm so sorry to hear you are going through this. Would you feel comfortable telling him how you feel or attempting to set boundaries? Have you considered couples therapy or even/especially personal therapy? I'm going to attach two articles I think may help. Please continue reaching out to us anytime, hang in there Anita! -Emily
Toxic Relationships: Friend and Family Estrangement
Verbal Abuse Coping Skills For When You Can't Just Leave

I have to say, well said. Very enlightening and all so true.

Rainey, Thank you so much for reading!
-Emily

This blog really hit home. And what I’ve read I have first hand experiences and it’s sooo exhausting and draining. I personally think that the person i have in mind is a control freak (without directly saying it) “ he says things like “I’m not saying it to be a control freak” but I feel he is. He always has to have the last say, and when we argue I’m the one who has to shut up.? But so hard when I feel that he’s in the wrong and I’m not what he thinks/ says. I dunno. I can really relate to the begging of this blog. Good to know that there are people who share or have shared similar stories. Thank you for sharing.

Kay, thanks for reading! I'm sorry you've been dealing with this in your life. There are many articles in this blog on how to cope with verbal abuse when you can't leave, why you should leave, signs you're being verbally abused, etc. I hope you check them out! You are definitely not alone! Reach out to us anytime Kay, Thanks so much. -Emily

Hi Emily, this last paragraph really summed it all up for me: “We’ve learned that actually, the problem isn’t that we’re too needy. The problem lies, once again, with the perpetrator of verbal and psychological abuse. And it’s not our problem to fix.”
After years of verbal, psychological, and emotional abuse.....and having it engrained in your head daily that you’re the one that’s screwed up, you’re the one who’s crazy, you’re the unreasonable one when it’s so obvious that they’re so far above any fault in their own minds, it’s been a long slow recovery, and seeing and knowing that it wasn’t me at all who needed the fixing.
Thank you for a well written and defined article.

Thank you Nancy! I'm so glad you were able to get something from it. Keep reaching out, thanks again for reading. -Emily

I love this so much. Thanks for sharing.

Thanks for reading Zaineey! I'm so glad you enjoyed. -Emily

“try to focus on how screwed up they must be to treat people so poorly.” - Love it!

Thanks so much! It's true; when you take a step back and look at the person behind the actions, you can get a whole new perspective on the behavior you've witnessed/been subjected to. Thanks again for reading. -Emily