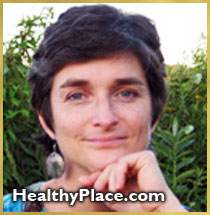 Susan Rose Blauner knew the killer stalking her for 18 years: It was her own mind.

During that time, obsessive suicidal thoughts drove her to three drug overdoses and three confinements in psychiatric wards.

Through a combination of spirituality, 10 years of intense psychotherapy, her own fierce determination, and the loving support of family and friends, Blauner gained control over what she terms an "addiction" to suicide.

She recounts her experiences and offers advice in her new book, How I Stayed Alive When My Brain Was Trying To Kill Me: One Person's Guide to Suicide Prevention. Blauner calls it a hands-on guide for those plagued by suicidal thoughts, their families and friends, and mental health professionals.

"I started writing the book about 10 years ago, and I was actually suicidal through most of the time I was writing it," says Blauner, 36, who lives on Cape Cod, Mass.

As she wrestled with her self-destructive demons, she searched for a book on suicide prevention that was written by an ordinary person with firsthand experience. "I wanted a book that would tell me how not to kill myself," Blauner says.

She couldn't find the kind of book she wanted, so she decided to write one herself.

"It gives a very unique perspective in that it's coming from the mind of a suicidal thinker. The book is very empathetic and compassionate. It's really a conversation between myself and the reader, whether they're the suicidal thinker or the caregiver," Blauner says.

She wants those haunted by suicidal thoughts to know they're not alone, and that they shouldn't be ashamed to reach out for help.

"It's a real in-your-face book. The thing I realized is that most suicidal thinkers don't want to be dead, they just don't want to feel the pain anymore in their brains," Blauner says.

Her book, which carries a foreword by Dr. Bernie S. Siegel, provides suicidal thinkers with ways to keep from taking their life so they can buy the time to learn how they can reduce their emotional pain. It includes a list of coping strategies that Blauner calls her "25 Tricks of the Trade."

Those strategies include asking for help, using suicide emergency hotlines, having a crisis plan, gaining an understanding of your feelings, signing no-harm-to-self agreements, therapy, exercise and keeping a journal.

What Family Members and Friends Should Know About Suicide

"Caregivers can see that they're not alone and that it's OK to be angry and still love the person. It's OK to be confused. It's OK to not have all the answers," Blauner says.

People who have lost a loved one to suicide can find some solace in the book and ease their guilt that they could have done more to prevent suicide.

"They see that, at that moment, there's such constricted vision and tunnel vision for the suicidal thinker that the rest of the world doesn't even exist. It's just you and this brain that's telling you that you want to be dead," Blauner says.

Writing the book was a form of therapy for her.

"It helped me make sense of why I had to struggle for 18 years. There's a reason for this. So now I can give back to the world so that someone else does not have to struggle."

She says she'll donate 10 percent of any royalty profits from the book to the National Hopeline Network, Kristin Brooks Hope Center, a suicide prevention hotline.

Blauner says she recently experienced an "epiphany" that suicidal thinking doesn't have to be a part of her life anymore.

"I'm as healed as I can be in the moment," she says. "I'm pretty convinced that I'm never going to kill myself, but I can't say that those thoughts won't ever occur to me again in my life."

Her life is now one of ongoing vigilance. For example, she has to ensure she doesn't create any undue stress that may trigger suicidal thoughts. Those stressors include such things as being tired and hungry.

Blauner admits that suicide is still a difficult subject for people to discuss.

"One of my goals is to really bust it out in terms of the stigma of mental illness, and just get people talking about it," she says.

Or for a crisis center in your area, visit the National Suicide Prevention Lifeline. 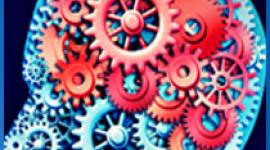 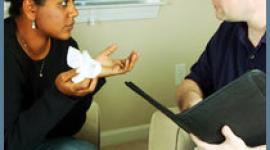 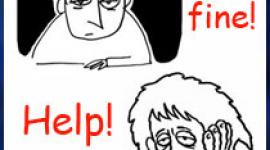 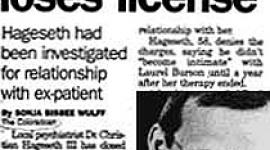 What Is Dysthymia? (Chronic Depression)