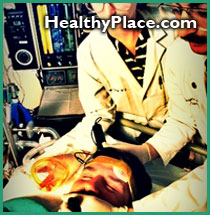 Despite the American Psychiatric Association's claim that only 0.5 percent (1 in 200) of electroconvulsive therapy (ECT) patients suffer memory loss, statistics from California show that the actual figure is 40 times that amount. California is one of a small number of states that require reporting of ECT statistics.

It is estimated that between 100,000 and 200,000 patients undergo ECT in the United States every year. Why is it only an estimate? Because only four states (Colorado, California, Texas, Massachusetts) require reporting on ECT statistics.

The National Alliance for the Mentally Ill (NAMI) opposes such reporting, despite the fact that such reporting is anonymous. There is only one reason for such opposition - NAMI apparently wants to silence any revelations such reporting might reveal.

Complications are limited to:

a) non-fatal cardiac arrests or arrhythmias which required resuscitative efforts.
b) fractures
c) apnea persisting 20 minutes or more after initiation of treatment
d) memory loss reported by the patient extending more than 3 months following the completed course of treatment.
e) deaths which occur during or within the first 24 hours after a treatment.

The following is from California for a period of six years, 1989 through 1994. 1993 figures were unavailable. (Or you can go directly to the full statistics, directly from CDMH. If your browser does not support tables, you may email me and I'll send them to you directly in an MS Word file.)

During this period, over 12 thousand persons received ECT. Of those, 445 (3.6%) were involuntary patients. Of all persons receiving ECT during these five years in California, 364 (3%) received ECT without consent. Of those who did not consent to treatment, 287 were deemed by the state to be incapable of providing consent, and 77 were judged to have the capacity, but refused to provide consent (the treatment was forced completely against their will).

Approximately 50 percent were age 65 or older. 21 (1.7%) were under the age of 18. 68 percent of all patients were female. Slightly more than 90 percent were white, with 2.3 percent black, and 4.5 percent Hispanic. The remaining were categorized as "other" ethnic groups.

Medicaid/Medicare paid for over half of these patients' treatments, with private insurance and private pay each paying for slightly over 20 percent.

Other complications included non-fatal cardiac arrest and fractures. No deaths attributed to ECT were reported in this period, but the conditions of reporting mandate that the death must occur within 24 hours of treatment.

Figures from California Dept. of Mental Health as reported to the California State Legislature 1989-1994 (1993 not available)

Number Of Patients Who Received ECT By Patient Type

Number of Complications Resulting from ECT

For reporting purposes: memory loss lasting longer than three months after final treatment; apnea must last longer than 20 minutes; deaths must occur within 24 hours of treatment

Totals: 2,589, 21% of all patients suffered complications

next: CTIP - The Committee for Truth in Psychiatry II
~ all Shocked! ECT articles
~ depression library articles
~ all articles on depression

APA Reference
Staff, H. (2007, February 19). California Figures From the Department of Mental Health, HealthyPlace. Retrieved on 2021, May 9 from https://www.healthyplace.com/depression/articles/california-figures-from-the-department-of-mental-health 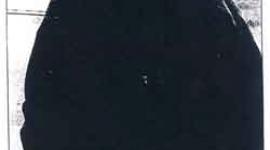 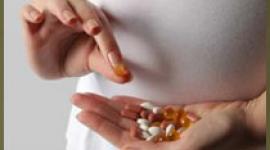 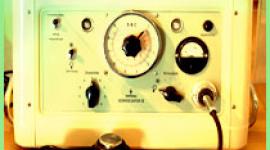 Causes of Brain Fog: What are the Reasons for My Brain Fog?