Men occasionally stumble over the truth, but most of them pick themselves up and hurry off as if nothing ever happened. 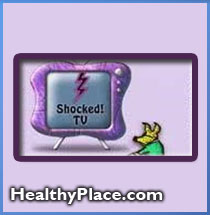 Channel 11 in St. Louis reports on HB134 which would require ECT reporting. (48 seconds)

(CBS had the video removed)

The Extra news show explores the issues surrounding ECT. This segment interviews Liz McGillicuddy, who lost much of her memory from electroshock in 1994. (3:47 minutes)

It also includes interviews with Dr. John Friedberg, neurologist in California, who talks about the fact that the FDA has NEVER required safety testing of the ECT machines, and they interview Harold Sackeim, PhD, shock proponent extraordinaire. In his interview, he *admits* that the famous 1 in 200 statistic is not based in science!

Here, Harold Sackeim admits the truth - the statistic is not based in science! (30 seconds)

Diann'a Loper discusses how a bill she helped create has helped other ECT patients. This kind of >reporting MUST be made mandatory across the USA. Lobby your legislators! (30 seconds)

Hope Morgan received ECT when she began suffering from insomnia. Her doctor diagnosed depression. "My life was in a shambles," says Hope, referring to the devastation following the ECT. (3:10 minutes)

Marcia Fink says ECT turned her life around. "I do things anyone else can do." She says the only memory loss she suffered was three months' worth. (1:47 minutes)

Hal Haralson says ECT in the state hospital 40 years ago turned his depression around. (43 seconds)

A doctor from the audience speaks against ECT, and the role of insurance companies. (1:02 minutes)

Kellner Busted in a Lie

When questioned about his financial ties to Mecta, one of the shock machine manufacturers, Dr. Charles Kellner attempts to change the subject. (32 seconds)

Here, Dr. Kellner says the tragic experiences of patients like Hope and Diann'a are "unfortunate" and goes on to say that most people will be cured by ECT. He fails to mention the now-admitted high relapse rate, or the need for continuation/maintenance ECT. (30 seconds)

Dr. Charles Kellner misleads the public about the effectiveness of ECT. (1 minute)

Dr. Charles Kellner makes up a story about how ect works. The truth is, nobody knows, and he's CAUGHT ON TAPE fabricating a nice tale. (50 seconds)

Dr. Peter Breggin discusses the role of the FDA in the ECT controversy, and how they dropped the ball. (1 minute)

Dr. Breggin talks about the literature, and why some people become *more* depressed after ECT. (35 seconds)

Tune in every Tuesday at 1 ET (12 Central, 10 am Pacific) for the Mind Freedom Weekly News Hour, hosted by David Oaks.
http://www.progressiveradionetwork.org/

Weekly Paul Henri Thomas updates:
WGBB radio has vowed that it will carry weekly updates until Paul Henri is no longer at risk of forced electroshock treatments. You may listen to the show live on the net on Monday nights at 7 pm Eastern time. I will try and record the shows for those who miss them:

My interview on CKLN Radio in Toronto, where I discussed ECT, the Kathleen Garrett case, forced ECT and other issues in September, 2000. (25 minutes)

Feb. 26, 2001: KUCI in Irvine, California has a weekly show on Mondays called Mind...Your Own Business, where they discuss mental health issues. I was the guest for this show and talked about ECT, Paul Henri, forced ECT and more. (50 minutes)

Three excerpts from the recent series by Gary Null (www.garynull.com) on ECT and the use of force.

Dr. Max Fink on informed consent issues and protecting yourself against lawsuits (if you're an ECT doc). (3 minutes)

Dr. Max Fink sums up how psychiatrists are given the power to play god: "The judgment is yours. Society says....YOU'RE the psychiatrist..." (1 minute)

next: Participate In An ECT Evaluation
~ all Shocked! ECT articles
~ depression library articles
~ all articles on depression 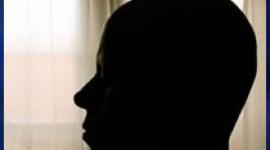 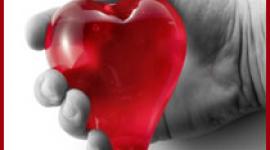 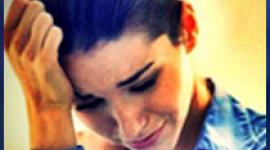 Depression: What Every Woman Should Know

Depression Movies and Videos You Have to See