What happens to anorexic teenagers when they become anorexic young women? 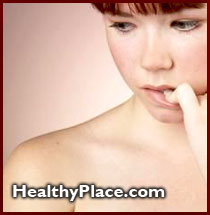 In their twenties many fall in love, get married and try to build a life with their husbands just like other young women. The difference is that the anorexic young woman has anorexic thinking and feeling influencing every decision and action in her life. She is often very afraid.

Most people in their mid-twenties go through a kind of developmental shock as they are confronted by new and different kinds of personal challenges in their lives. The woman is only recently no longer a young girl. There are new responsibilities to understand and shoulder. She discovers that she and others people are placing new and often quite reasonable expectations on her.

Whether she accepts those expectations or not, she still has to deal with them. This is a stressful time for any young woman, but particularly so for an anorexic young woman. She can feel angry, frightened and overwhelmed.

An anorexic who for years has been doing a 'good job' at being anorexic is hiding in plain sight all the time. She's thin, but not skeletal. According to fashion dictates, she is elegantly lean in a most feminine way.

When friends and family see her, they often see an attractive, dainty and feminine young woman who, in their eyes, might be a lovely model. She is a bit on the nervous side and does overreact to a few things, they think, but, they continue to themselves, she's still young. She'll outgrow it soon.

However, she knows she has begun to build an adult life based precariously on an image of herself that is unsupported by her inner world.

Inside, the anorexic young woman is wracked with anxiety. Because her outer appearance is so different from her inner experience she has problems expressing her fears. If she makes a reference to her anxieties she is often ignored or discounted. She may even be accused of being stupid for being nervous because she appears to have a good life. She may have what appears to others to be a better life than they, and so her pain is even more difficult to accept or understand.

This makes her, already an isolated person, even more isolated. Grief, despair and anxiety become her constant companions.

If someone does see a bit through her facade, suggests that she has a mental problem and that it might be a good idea to seek psychotherapy she will often panic. The classic paradoxical thought comes through. "I don't need a psychotherapist. I just need someone to talk to honestly who will listen to me."

She yearns for genuine understanding, but that means she would have to reveal herself. This would, in her perception, destroy the adult life she is attempting to build. She knows her foundations for that life are flimsy. She is so good at creating a correct and lovely appearances that few people appreciate just how flimsy her foundations are. And, in keeping with her isolationist beliefs, she can think of no one who could listen to her. She is trapped in a bind created by her own mind.

Because she needs desperately to have people think well of her and because she thinks her appearance is the way to control other people's perceptions she strives valiantly to maintain a specific look and image.

If she publicly acknowledges her tormented inner world, she is terrified of what people will think of her. Her fear drives her to create an image of even greater perfection as she withholds her real feelings from others. She draws the anorexic trap tighter around herself.

Often, she knows she is doing this and her terror terrifies her as well. Her intelligence may tell her that this kind of thinking and behavior doesn't make sense, but it seems more powerful than any healing action she might dare.

Many anorexic women find benefits to being riddled with anxiety. Anxiety can be a powerful experience that overwhelms the possibility of feeling anything else. In the anorexic anxiety can eliminate any recognition of hunger for food. It's easier to starve. But then they can panic over that too. Too much starvation might affect their appearance so that others know something is wrong.

An anorexic can feel hunger. But her anxiety is greater than her hunger. Her fear is that is she eats a tiny bit or eats the wrong thing her hunger will overwhelm her and she won't be able to stop eating. That fear creates an overwhelming state of anxiety that floods her inner world. The flood of anxiety overwhelms her need to nourish herself and she continues living in starvation mode.

Often the anorexic woman knows she is in some kind of cycle where she recognizes a pattern to her feelings of weakness and flooding anxiety. She doesn't know what is causing it. She can't tell if it's coming from the outside world or from her inner life. If she gets more close to exploring her inner life than she can bear, she often will feel a strong burning sensation in her abdomen.

This is like a danger signal, a warning not to know more about herself. Also, since that burning sensation will prevent her from eating food, she may experience that pain as a kind of familiar protection. She may also experience it as a betrayal and become even more frightened.

The anorexic young woman wants relief from this anguish. She says she wants a normal life, but she doesn't really know what that is. She hopes there is help, but she can't imagine it. Help involves moving into exactly what she fears most, letting someone see her real inner life. It means experiencing exactly what she wants to avoid.

She is not a teenager now. She is a young woman attempting to build a life. She may have made promises to her husband, made commitments to an advanced educational program, be on a career track where others depend on her. After all, she looks good and knows how to control her appearance and what others perceive at least for a while longer.

Healing may mean that her flimsy structure will collapse. She cannot imagine the life that would remain in the debris. Despite her fear and pain she is clutching to the life she has. She tries to keep her fear and pain away from her awareness through starving, controlling her appearance and trying to control other people's behavior and perceptions. She is certain that if she surrenders control she is doomed to unimaginable horrors.

It's difficult to convey to a woman who is anorexic that the healing process does not have to be dramatic and extreme. Healing is a gradual process where each level of experience unfolds when the person is ready for it. That's one of the many reasons a mental health professional who understands eating disorders is so helpful. Healing is painful. So is being anorexic and living with hidden pain.

One kind of pain is endless. The other is in the service of healing and living that healthy life she so years for.

The biggest and most important step in healing is that first step...making the commitment to your own healing regardless of fear and regardless of what people think. The young adult anorexic woman knows that building a life on false appearances with no solid base just makes the structure she is creating more apt to topple on its own. The consequences will impact her and people who depend on her presence.

This adds to her anxiety. But this thought can also lead her to make a decisive move toward genuine healing and a genuine life.

There are ways to recover and people to help.

More help is available in urban areas than rural areas, but more resources are continually developing around the country. Specific, personal, in depth and confidential attention is available through private practice licensed psychotherapists. This is often more costly than what is available through clinics which often offer treatment at low fee by therapists in training who are supervised by licensed professionals or by HMO programs which limit number of sessions and access to psychotherapy. Some hospitals have excellent in patient and out patient treatment programs for people with eating disorders.

Twelve step programs can be a great support. Plus the people you meet at local meetings may be able to provide good local referrals to public and private resources that may be helpful to you.

Referrals are available online for therapists, out patient and residential programs around the world.

The Something Fishy website offers a treatment finder section.

APA Reference
Staff, H. (2008, December 11). Anorexia When You Are Past Your Teens, HealthyPlace. Retrieved on 2021, October 23 from https://www.healthyplace.com/eating-disorders/articles/anorexia-when-you-are-past-your-teens 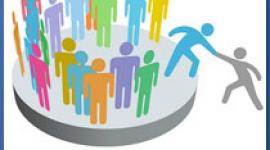 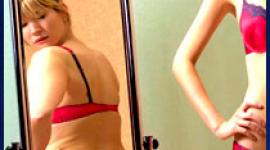 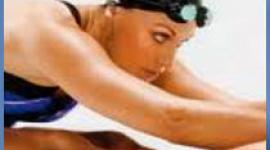 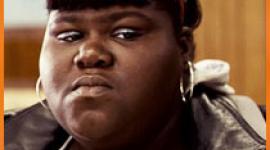