Learning to Live with Bipolar 2 Disorder 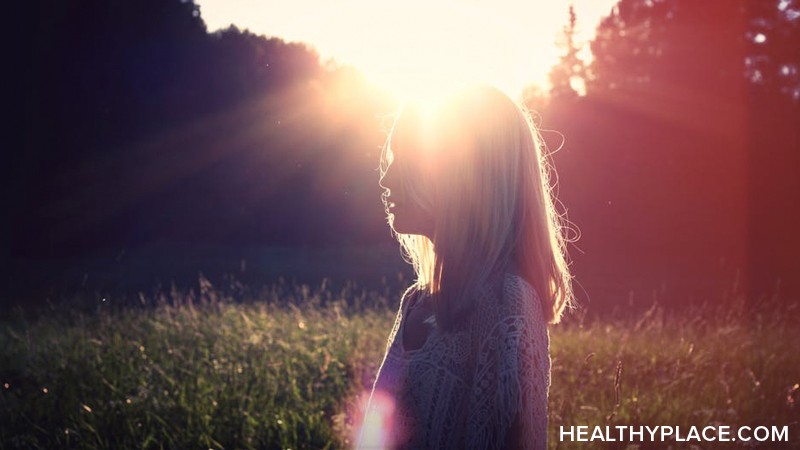 I've learned a lot from living with bipolar 2 disorder. I'm sharing what bipolar disorder has taught me. Maybe it will help you.

You Have Bipolar 2 Disorder

"You've got 15 minutes!" These were the words I heard being shouted from one of the nurses at the mental hospital two days after I arrived. Fifteen minutes to shower, change into pajamas, brush my teeth and comb my hair. I had just been told by a team of doctors that I had bipolar 2 disorder. I remember running the shower, looking at myself in the mirror and saying, "How did I get here?" I was barely 20 years old, and in the blink of an eye, I went from high school prom queen to bipolar mental patient.

Learning to Live with Bipolar 2 Disorder as a Young Adult

There is no pamphlet or guide to living with bipolar 2 disorder as a young adult. Learning how to manage my mental health and embrace the differences that separate me from most of my friends and family is solely up to me to figure out.

After the mental hospital, the stigma of bipolar 2 consumed me and peoples' opinion of how I should live my life replayed in my head like a broken record. It was not until I shut off that noise that I was finally allowed to regain my identity.

I was faced with two roads ahead of me. One road was perfectly laid out, a normal path which lead to a normal life as a young adult whose past and bipolar 2 disorder was kept hidden. The other road was a lot less clear, filled with risks and cracks that would keep me from finding my balance. Two paths that did not suit me. I didnt take either road; I grabbed a shovel and dug my own damn road. The one that I designed for myself as a young adult who happens to be diagnosed with bipolar 2 disorder.

What Living with Bipolar 2 Disorder Has Taught Me

The most important lesson I have learned from living with bipolar 2 disorder is that defining success and happiness based on the life you planned for, instead of the one you are meant for, sets you up for failure. Dealing with the ups and downs of a mood disorder has challenged me in many ways, such as letting go of things that are out of my control. I have learned a lot about bipolar disorder, most importantly that if you fight against it, you will lose. It is about working with it, molding it into a companion instead of an enemy.

I compare bipolar disorder to the rocky waters of the ocean. I don't fight the current that bipolar produces, I swim with it to see where it takes me. I turn my past experiences that I am told to keep secret, into stories that I am able to share. I choose to look at my life with bipolar disorder as a gift with strings attached, but a gift nonetheless.

Comment below and let me know what living with bipolar disorder has taught you.

Bipolar Disorder and Perfectionism: Am I a Perfectionist?
Bipolar Role Models: We All Need Them

Heather
It's so relieving to find people that I can relate to. Thank you so much for putting yourself out there. It helps so much to know they're are still genuine, caring people in the world. Keep shining bright!
Bipolar Disorder and Extreme Empathy
Heather
You're story made me cry...I feel your loneliness through your words. It's a dog eat dog world and my heart breaks on a constant. The lack of compassion is so overwhelming, and the state of the world is disastrous.
When you said you have yet to meet another empath I think it's s because they are so few and far between. I'm interested to know how many people have contacted you in regards to your request, and if we could start a group together. It may help all of us immensely. I'm praying for your circumstances, and can't wait to connect! I feel like the Lord led me to this page. I hope we have things in common.
Bipolar Disorder and Extreme Empathy
Bp
It seems, that your diagnosis about him is right.