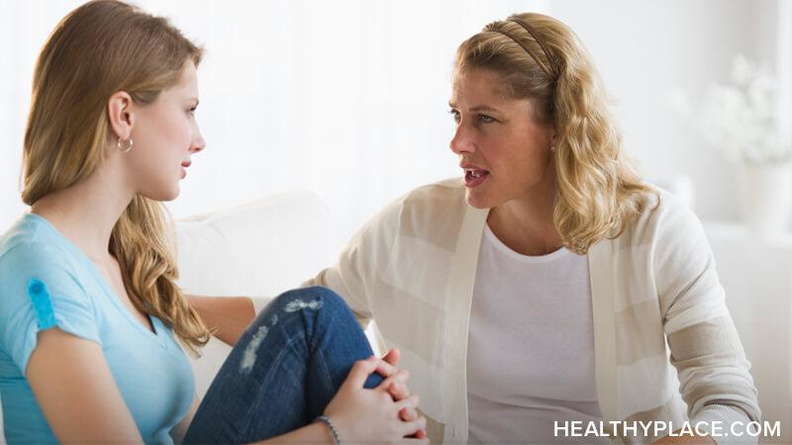 A teen's emotions feel like a rollercoaster. Here are 3 parenting rules for peacefully dealing with teen emotions.

A parent writes: "We've had it with our middle school son. It seemed like he changed when he turned twelve. It's been downhill since then. Arguments, moodiness, over-reactions, you name it, he's got it. But the rest of us don't want it! Is this just a phase or are we destined to share our home with Hagar The Horrible?"

Teen Emotions Can Wreak Havoc in the Family

The middle school years can be some of the most challenging for parent-child relationships. This transitional period between childhood and adolescence is distinguished by a child's high emotional intensity and low coping capacity, a recipe for increased family conflict. One father once remarked, "I feel like there's a stretch of land mines throughout our home when my son is around. Anything can set him off." These circumstances are attributable to increased biological, psychological, social, and academic forces impinging upon an unprepared and relatively immature psyche. In other words, they feel very out of whack.

Parents may be just as unprepared for all the teen emotional turbulence. Some of us have trouble with the notion that our children are getting older, but they are behaving like they are getting younger. And while all this is happening, they expect us to agree to their unrealistic requests, grant more and more freedom, and listen to their viewpoints, no matter how loudly they are offered. Talk about a tall order for parents!

Even against this backdrop, we can help lower the family emotional output, even with a middle schooler at home. Here are a few ways to start:

Calmness counts. As tempting as it is to return your child's verbal swordplay with a lashing of your own, don't. This just escalates the conflict and closes the door to any productive discussion. Demonstrate that you can disagree with him/her without becoming too disagreeable. If you find yourself in one of those arguments that often leads to a "war of words," point out that disagreements don't have to lead the two of you down that road. Emphasize that it's much easier to respect their rights and opinions when they are presented in a responsible manner.

Be vigilant. Some discussions lead to dead-ends. In our zeal to communicate with our emotional teens, it's easy for us to fall into the trap of persuading, preaching, or lecturing. If your child introduces an important topic, be careful not to inject your own views too quickly, or you will just as quickly be branded as narrow-minded. Give them plenty of freedom to verbally experiment with expressing different ideas. They also might be testing your reactions as they bounce different views off your ears. Don't allow yourself to be governed by the fear that if you don't tell them about the evils of so and so, you might never get another chance. If you're not sure what to say, it's better to offer an open-ended comment such as, "I need time to think that over."

Acknowledge your teen's emotions rather than take sides. It can be very isolating to live in the "middle school mind," especially after a problem situation. Retreating and blaming are ways they try to cope with the problems their behavior creates for others. Both responses divide them from us. Often this includes a perception of parents as the "bad guys" in life, withholding pleasure and fairness. If we try too much to debate right vs. wrong, it doesn't bring us any closer together. It only reinforces their view of us as "on the other side." Instead of debating or reviewing a problem situation, let them know you feel bad when they feel bad. Suggest a compromise between their request and your rules. Try to steer away from concentrating on the facts of what happened if it's only going to lead to a verbal impasse. Offer a distraction that you both can do together, i.e, take a walk, listen to music, or play a game. And be flexible when they dig their heels in.

APA Reference
Richfield, S. (2010, August 5). Teen Emotions: 3 Ways for Parents to Deal with Them, HealthyPlace. Retrieved on 2021, September 21 from https://www.healthyplace.com/parenting/the-parent-coach/raising-teenagers-dealing-with-teen-emotions 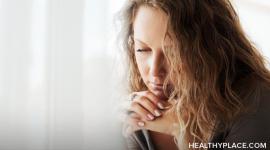 Persecution Complex: Does Your Kid Feel Like a Victim? 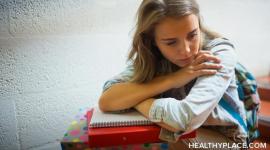 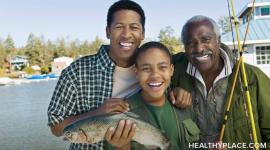 How to Improve Father-Son Relationships 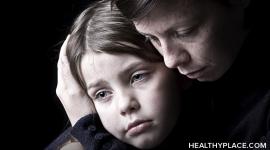 Childhood Depression: How to Help a Depressed Child

Guide to Treatment for Children With Mental Health Needs

What Is a Nonverbal Learning Disorder or Disability?