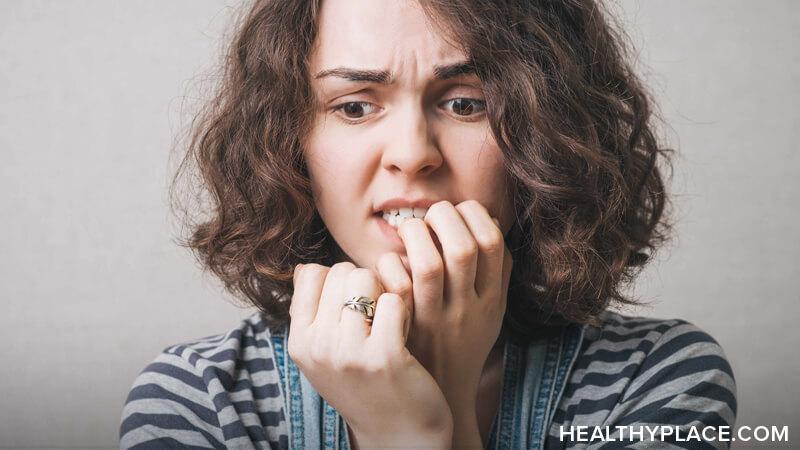 Nobody is perfect. Another way of saying that is: everybody makes mistakes. They're an opportunity for growth—something about failing forward, or, without mistakes, there is no progress, and so on. Some people take their mistakes in stride, learning the lessons and moving forward, seemingly unconcerned. As for me, whenever I make or may make a mistake, I deal with anxiety bombs of varying sizes that go off inside me, rendering me twitchy, edgy, and generally a mess.

I recently came out as a perfectionist. I didn't realize this until my therapist pointed it out. Apparently, I have very high standards for myself—unreasonably so, as I would never hold anyone else to these standards. Oddly, I'm not outwardly demanding of myself. My perfectionism is subliminal, like a constant gnawing at my psyche, warning that something terrible is going to happen and it could be of my own making.

I can only assume that everyone feels something when they learn they've made a mistake, depending on its magnitude. Realizing you miscalculated and undertipped your waiter might give you a twinge of guilt while forgetting to pay the electric bill might give rise to stress and a hurried phone call to remedy the situation.

In similar situations, my reactions would be as follows:

These examples demonstrate my anxiety after I've made a mistake. Under certain circumstances, my anxiety spikes even before I take on a task. Given I worked for years in a pressure-filled information technology (IT) environment, on-call all hours of the day and night to make decisions on how to resolve issues, this pre-mistake anxiety was a real issue.

I remember a time when my pager went off in the evening for a downed computer application. I knew what had to be done. I was certain of it. Heck, I wrote the program myself. Still, I was afraid to screw up. My anxiety was so high that I paged my backup to handle the issue. He didn't respond. I paged my colleague again. Then I did it again and again. I paged him four times before he finally responded, after which I lied, said my computer was on the fritz, and asked him to fix the issue. The worst part was I knew where he was and why he couldn't respond. He was at a funeral! I knew this, but the anxiety associated with making a mistake was so high that I intruded on him regardless. I felt both intense relief and intense shame.

My Anxiety Around Making Mistakes Is Getting Better

Last week I scraped the side of my car on a pillar while pulling out of my father's underground parking spot. Before I started therapy, this is what would have happened next:

Instead, I merely stopped short, looked in the side view mirror, and whispered, "Please let there be minimal damage." Then I drove home.

I was more than a little surprised, yet super satisfied, at how untroubled I was by the ordeal. "Huh," I said aloud to myself, "go figure."

I've had some time to ponder the link between my anxiety and my ability to accept my mistakes, both before and after they occur. Has my generalized anxiety disorder (GAD) negatively impacted my ability to accept that I will and do make mistakes? Or is it the reverse? Has my fear of making mistakes exacerbated my GAD? It's like the chicken and the egg, I suppose.

Happily, after a lot of hard work in therapy and practicing positive affirmations almost daily, I've slowly begun to accept my mistakes as growth—even after a scraped car.

"I am innocent, and I do the best I can with the tools I have."

Therapy has helped me realize that I have an innate fear of making mistakes, of doing something wrong, after which strong consequences will occur. Knowing where my intense fear of making mistakes originated or, more precisely, from where my fear of the dreaded fallout stems has helped me build resilience and acceptance of myself for the mistakes I may or do make. Now, rather than having to deal with anxiety bomb shrapnel, I'm happy to say that I'm much calmer, which allows me to think more clearly, assess what needs to be done, and integrate what I've learned.

Returning to the Place Where Trauma Occurred
Does Therapy Still Make Sense for Me?
Heide
September, 28 2022 at 10:36 am

Thank you, Heide. I’m glad you found my experience relatable.