Insecurity: Is the Media to Blame?

Many times, people relate confidence and self-esteem to their outer appearance, rather than their internal qualities. This is often the first thing I hear from clients when asked what they like about themselves: they give me features that others have suggested to be physically appealing rather than skills, accomplishments, and personality traits they feel to be true. Often, they truly don’t even believe the compliments, “well my friends say I have pretty hair” or “Other guys tell me I’m in good shape.” Let’s be honest, how can they not? It’s difficult to get that deep, especially in a culture that bombards us with images that are impossible to achieve without Photoshop. The emphasis on external perfection is detrimental to both male and females, as it confuses self-esteem and self-worth with one's appearance.

Even models feel the confusion. Although we may perceive them has having near “perfect” bodies, their relationship with themselves is just like many others, they suffer from low self-esteem. Just listen to Victoria Secret Model, Cameron Russell’s candid TED talk on the modeling industry. She, too, feels insecure. She says if you ever think, ‘If I had thinner thighs and shinier hair, wouldn’t I be happier, you just need to meet a group of models. They have the thinnest thighs and the shiniest hair and the coolest clothes and they are the most physically insecure women, probably, on the planet.” This is just another testament to how security starts on the inside.

Men and Their Insecurities

Men also feel the pressure of perfection. Bombarded with images of flawlessly 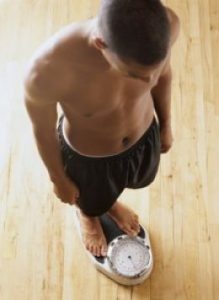 groomed guys, never balding, with washboard abs, we often forget that the male ego is much more sensitive than our culture gives it credit for. The American Journal of Psychology notes male incidences of eating disorders, such as anorexia and bulimia, now account for as much as 10% of all cases. Men with eating disorders display near identical psychological symptoms to women with the same illnesses, suggesting our culture and images glorified by the media is having a harmful psychological effect.

“The real way I became a model is that I won a genetic lottery... For the past few centuries, we have defined beauty not just as health and youth and symmetry that we’re biologically programmed to admire, but also as tall, slender figures with femininity and white skin. This is a legacy that was built for me and that I’ve been cashing in on,” says Cameron. She continues to show pictures of herself on the same day as a photo shoot, looking remarkably “normal,” when she wasn’t Photoshopped and full of makeup and hairspray; showing us that smoke and mirrors are more to thank than just her genetics.

[caption id="attachment_823" align="aligncenter" width="379" caption="The picture on the right is Russell just one month before this shoot, at age 16, unlike the image on the left which portrays her as much older"] 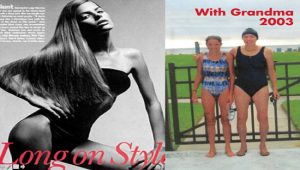 Tuning In To Your Own Self-Esteem

In order to feel more secure in a media saturated culture, becoming mindful of your own self-esteem and it’s triggers, as well as media awareness, is key. It may not be that easy, but there are many posts I have written on how to build self-esteem and confidence that may help too.

Having the ability to differentiate between your feelings and the images that are created allows us to be more savvy consumers. It also helps us build self-esteem. Awareness helps us to stay secure after opening up a magazine or watching commercials. Knowing how the advertisement is created and what the advertising industry's goal is (hint: to make you feel vulnerable so you will buy their product), allows us to not be as deceived and as effected by what we see.

The bottom line is this, our outer appearance is not sustainable, no matter what you nip, tuck, slather on, eat, or purchase to enhance your outer qualities. Your inner self is where the work is needed. Although getting a slender body may result in more compliments and a temporary rise in confidence, it does not change the relationship you have internally. Even those who received plastic surgery only report having a temporary increase in self-esteem, frequently going back to baseline, or even lower, a few months after the procedure. In my next piece, I will discuss how to feel secure without going under the knife, as well as shed more light on how not to fall prey to the media’s view of perfection.

What Is Healthy Self-Esteem?
Don’t Let the Media Make You Insecure About Your Beauty