Take Control of the Inner Critic Damaging Your Self-Esteem 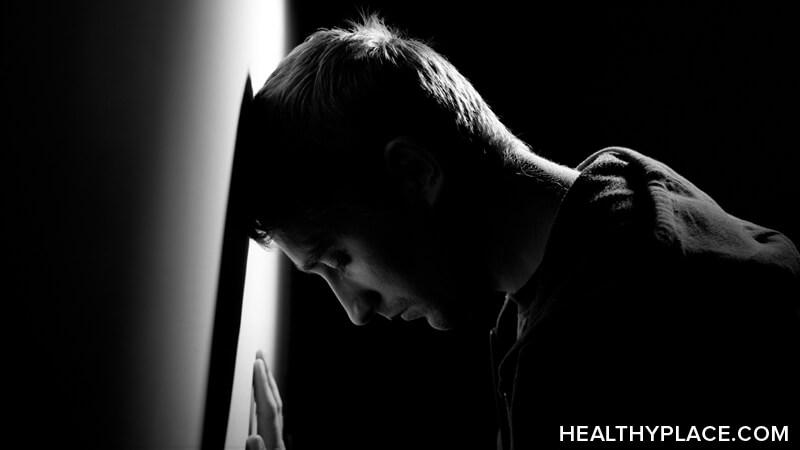 Do you wish you could take control of your inner critic, that voice in your head that constantly puts you down? It is the critical inner voice that says unkind things about you and paints a negative view of who you are. If you don't take control of this inner critic, it can become quite powerful and authoritative, which will make you pay more attention to it. This can end up damaging your self-esteem. But you can take control of the inner critic and find peace of mind.

If you struggle with depression, your inner critic may be so deeply entrenched that it becomes difficult to get past the negative chatter and realize what is valuable and positive about yourself.

However, you don’t have to let this inner critic be in control. There are many effective methods for separating this unrealistic and disparaging voice in your head from your authentic voice, which only seeks to maintain your self-esteem.

Psychologist Lisa Firestone says that each of us has two voices – one is the inner critic that is disparaging and destructive in nature, and the other is positive and life-affirming.1 One voice degrades our sense of self-worth, while the other one strengthens it.

If you have lived with low self-esteem for a long time, the inner critic may be so familiar and normalized that it requires taking a step back to see how truly damaging it is. Would you ever talk to a friend in the harsh manner in which you talk to yourself? How would it make someone feel if you constantly told them that they were “pathetic,” “lazy,” “weak,” “stupid” and “ugly?"

When we tolerate these extremely judgmental comments about ourselves, it damages our self-esteem, which adds fuel to this "nasty coach" in our heads. This only serves to put our self-worth in the firing line some more, and so the process repeats.

According to Firestone, early life experiences give rise to this inner critic and provide a blueprint for how we view ourselves as we grow up.2 This is why many people can recognize this voice as sounding like an angry parent, perhaps specifically like their own mother or father.

First of all, it is crucial to understand that this critical voice originates from an outside source that is not based on who you truly are. It is not your fault that this inner critic troubles you, but you can take control of the inner critic by disproving it. And once you can view the voice as inauthentic, it will become less powerful and controlling.

One way to take control of the inner critic and reduce its intensity is to simply be mindful of it. The next time that this nagging voice chimes in with some comment like, “You’re an idiot, you always mess up,” don’t become entangled with this line of thought. Recognise this comment from a detached vantage point and matter-of-factly, say to yourself, “There’s the inner critic again, trying to undermine me.” The meditation teacher Jack Kornfield calls this process "naming the demons."

Another recommendation from Firestone is writing down what this voice says about you, in the first person initially. So you might write down, “I’m pathetic.” And then what you do is write this down in the second person instead: “You’re pathetic.” What this does is help you to see the inner critic as something separate and external to who you really are.

Also, don’t be afraid to challenge this anxiety-provoking voice. When the critical inner voice attacks us, it leads to psychological distress, which can, in turn, affect how we behave. Moreover, the inner critic may contribute to other unpleasant thoughts and feelings, such as hopelessness and low mood, which characterize depression.

What you want to do is interrupt this escalating process. Take control of your inner critic by responding in an honest and compassionate way. If it says, “You’re lazy,” say to yourself or write down something like, “There are actually loads of occasions when I’ve worked hard, tried my best and put effort into something I care about.”

Ultimately, you can take control of the inner critic by developing more compassion towards yourself. Once you decide that you don’t actually want to suffer, you can break your negative thought patterns and take control of your wellbeing.

Introduction to Sam Woolfe, Author of 'Building Self-Esteem'
Rethink What It Means to Be a Man to Raise Your Self-Esteem
Rose petal
October, 28 2017 at 9:56 am

Thank you, my inner critic has turned into a bully. I need the to learn the tools to change it.

Hi Rose,
Yes, the inner critic can often feel like a bully, being aggressive and taunting. I hope some of the tips here will be able to help you the next time the bully makes an appearance. It's always best to actively respond to whatever comments the bully makes. It is a voice trying to claim authority, but really you have way more authority of who you are than it does.
Take care Rose,
Sam