What is Disordered Eating?

I could have titled this post (and I considered it) "Mental Illness and Eating Disorders" but that would limit the topic to anorexia and bulimia and a slew of other less heard of eating disorders, such as binge eating disorder.

"Disordered eating is a classification...to describe a wide range of irregular eating behaviors that do not warrant a diagnosis of a specific eating disorder such as anorexia nervosa or bulimia nervosa...A change in eating patterns can also be caused by other mental disorders (e.g. clinical depression)...Some people consider disordered-eating patterns...to be less serious than symptoms of disorders such as anorexia nervosa. Others note that individual cases may involve serious problems with food and body image."

Disordered eating is connected to "eating disorder not otherwise specified" (EDNOS). A lengthy term for a complicated lifestyle, yes, a lifestyle. A lifestyle that has made me very sick over the years.

My Experience With Disordered Eating

I think it's important to have an example of the issues we write about; without a human perspective the words are rendered clinical and, dare I say, boring.

My journey with disordered eating began at the age of fifteen. A bout of anorexia. I was in a serious depression, unable to leave my home, and I turned to restricting what I ate because I felt unable to control my mind.

Just like addiction, I believed that if I focused on something else, the calories in food and the number on the scale slowly dropping, I would not have bipolar disorder.

At the age of eighteen, I became bulimic. I don't want to go into details here: bulimia conjures up enough imagery as it is.

I was bulimic for three years, but I moved away from the illness as I became an addict. It was all the same: A pursuit to be someone else. To feel something else. To not have bipolar disorder.

Why Do People With a Mental Illness Struggle With Disordered Eating?

Of course, not all of us who live with a mental illness also struggle with disordered eating, but some of us do. More so than within the general population. The reasons for this are similar to living with addiction and mental illness: The highs and lows of untreated mental illness make a person feel out of control. When this occurs it's natural to grasp on to things we can control; food and our weight, alcohol and drugs.

It is a way to self-medicate our moods. I mentioned disordered eating, in my life, as a lifestyle. But it was not, and is it not, a lifestyle in the sense that it was positive. Throwing up what I ate was not exactly like exercising. It was a negative lifestyle.

Unlike abusing drugs and alcohol, we cannot stop eating. We need food to live. This makes recovering from disordered eating difficult; as difficult, on a per case basis, as addiction can be.

How is it Possible to Recover From Disordered Eating? 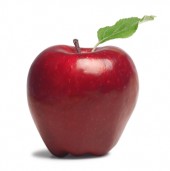 I still struggle with disordered eating. I no longer engage in starvation nor bulimic practices but I still have a mental calculator that tells me how many calories is in a damn apple---and based on size at that. Don't get me started on pizza...

My psychiatrist told me to "go see a nutritionist--please." I hate when she tells me what to do, but she had a point and so I made an appointment with a dietician.

The dietician pulled out a chart stating how much protein I should have in a day yadda yadda yadda. I cut her off: "I know everything about food. I lived with eating disorders." I can be pretty self-righteous.

So we moved on to talking about food, my history with it, and how to view it as a means to nourish my body and not as The Enemy. Months have passed, maybe a year, and I no longer care about the calories in an apple or the amount of fat in a latte. Pizza might still make me fidget but I'm working on it---starting with thin crust. I'm joking, sort of, not really. It's a process.

Treating disordered eating is difficult but not impossible. Talk to your mental health team and ask for a referral to a nutritionist or eating disorders clinic.

After all, when you're recovering from mental illness you need to be as healthy, physically and mentally, as you can be.

I believe I have an eating disorder that started when I was abused by a close family friend over 50 years ago. I so desperately want to be slim but I think it started as a protective mechanism 'if I'm fat I'll be left alone' kind of thing. Then food became comfort, control (I'm a secret eater and it's somehow 'i can do it if I want and nobody else can control me' kind of thing. I don't know how I'd cope not being 'on a diet'. I don't feel 'worth it' even though my close family tell me many times how much I'm loved. I could writers book about any kind of diet...how they work, how your body works etc etc. I can help and motivate and support others so why can't I support and motivate myself? It rules my life and has done for 50 years.

Thank you for your honesty about mental illness and disordered eating. I suffer from both and it is so frustrating how stereotyped these issues are and the lack of support we receive because of it! I had to laugh when you said something to the nutritionist when she started to tell you about what you need to eat, etc. Sometimes it's just like, duh food is always on my mind, and we tend to have an obsession, we KNOW what we should and shouldn't eat, we just need to learn HOW to conquer it! :)