Acting on Impulse When Relapsing in Mental Illness 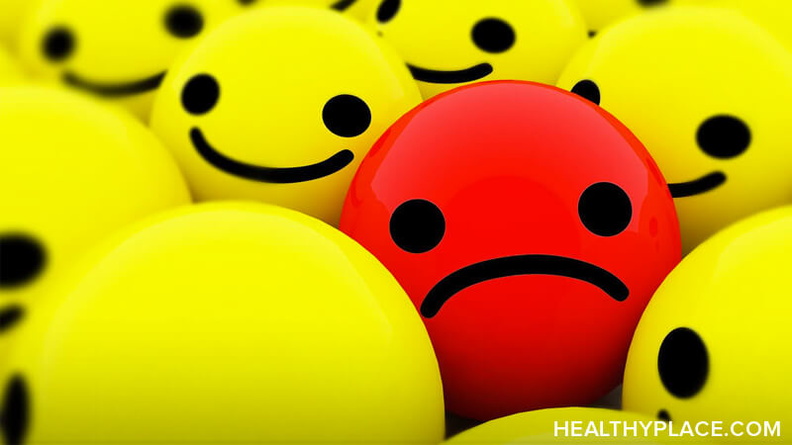 Acting on impulse, mental illness or not, rarely turns out well. So, this is, unfortunately, a post about my situation, formed by acting on impulse. I focus on myself not out of some form of narcissism (I might enjoy writing this blog if that were the case) nor because I feel particularly obligated. I write about it because I have become a damn good example of acting on impulse when life gets dark. Right. Here we go.

Two Weeks of Madness and Sadness

The last time I posted in this blog was December 6th. It's the 21st now and I actually thought today was Thursday--that's what happens when you suddenly don't have a schedule. I missed writing three blogs. Yes, this may not seem like a lot but what it represents defines the past couple of weeks.

I hate the word impulsive because it describes so much of my life. I became addicted to drugs and alcohol largely based on impulsive decisions. I moved from house to house, apartment to apartment, because of being impulsive. I have both a hard time stopping my actions and starting positive ones.

There is usually a reason for abrupt impulsive decisions and this time around there was. Someone very close to me, connected by genes and memories, suddenly struggled with severe depression after years of spinning through life quickly. This person had always been whatever 'normal' looks and acts like like.

He has held my hand as I tripped through life. And suddenly, I could see the pain in his eyes, his drawn face and movement - the signs that define a lot of my life. I spent all my energy cooking and cleaning for him and neglecting about my own mental health (Self-Stigma: The Undeserved Guilt of Self-Care). I fell apart. What else can I say? I just wanted to 'cure' this person from pain I know is certainly not curable and I let my own mental health falter.

This is when things get messy.

Quite quickly, I found myself in bed. I found it hard to move. I felt like I failed. This person needed me to do things; grocery shop, talk, clean, smile, tell him it'll all be OK. And then I was no longer OK.

Life became black. I watched TV for nine hours because I could not move. I don't even like TV (except silly reality singing shows shh) but I just could not move. And I became angry. I became sick. I decided that I wanted to eliminate myself from the world. Not suicide, no, I was too tired for that. I wanted my mind to stop spinning--spinning in s---l---o---w motion.

I contacted HealthyPlace.com. The very website that has believed in my writing for over a year-and-a-half (and the one you are currently reading if you have made it this far) and told them I quit.

Yes, Just Like That! My manager asked "Natalie, did you just want to take two weeks off?" No, I told this person. I quit. Just like that.

All I wanted was a glass of damn wine and maybe a bunch of cocaine. To take the pain away. Please, I thought, take this away. Take me away! But I remained sober, despite taking a few extra sleeping pills because it hurt to be awake. I wanted to disappear.

I do not want to hold anything back. It was madness. I ripped up a copy of my book. Pages littered my office. My father brought me a bag of food and I refused to take it. Actually, I threw it. I was angry. I was so bloody angry. Not at life, no, but at myself. I wondered: What the hell am I doing? And, as time passed, I realized I could not hide from myself. I needed to put my mental health first or, clearly, bad things happen (it kind of sucks picking up pages of your own book. Seeing the cover of it, your face, ripped in half).

I contacted Healthyplace.com, not an easy thing for me to do, and I asked if I could continue with the blog. They had been looking for a replacement, but by the grace of a God I am not sure exists, they have taken me on again.

And things are looking up. Things are as normal as they can be. This has not been an easy post to write; throwing the worst parts of my life out there for people to read but, I have to tell you, I am damn lucky people do read them.

Finding the Motivation to Recover From Mental Illness
Celebrating The Holidays When You're Struggling With Depression
Debs Fazakerley
December, 24 2012 at 10:12 am

Thank you. I really needed to read that blog . I have not wanted to read anything on addiction or mental health for days . I just wanted to be "normal" for a bit but like you all went wrong and am now dealing with anxiety and a very low mood . The thing was I didn't pick up and have so much gratitude at least for that . Now I need to learn a lesson and look after me physically and mentally . Especially as I am getting divorced as my husband could not bare living with an ADHD addict with mental health issues , have to add that although most days I do all the things I need to keep well , he never wanted to listen or learn what being me is like xx

Natalie, thank you for your courage. I follow your blog here and I also follow(ed?) you on Twitter. Your honesty, courage and openness have helped me to keep my perspective dealing with Major Depression and my husband's (still to be formally diagnosed) mental illness.
I have had two serious breakdowns, one before the advent of the internet, the other after. As a result of both I lost friends who didn't understand the kind of pain that makes a person avoid friends and loved ones and essentially try to do everything short of suicide to disappear from the "Real World". As if it weren't hard enough trying to gather up the pieces.
Now, thanks to the courage and advocacy of people like you, Natalie, I know that I can pick myself up and go on. Life won't be the same but I can learn from the events and keep trying to find balance and peace...one day maybe even healing.

Keep writing, I wish I had this information years ago then I would have understood my impulsivity. This site is a blessing and I hope more persons in health care for the mentally ill are reading these articles and blogs. Over to you in the Caribbean

I definitely understand the impulsiveness when suffering from a mental illness. Like you said, "impulsive" can describe a lot of my life.
The worst part is definitely when you come back to your senses and have to make something out of the mess you created out of impulsivity. That's usually enough to throw me back into a depression itself! ;-)

I am also glad your here. I missed your blogs. I love reading them because they do help me, they make me think. I am going through a lot right now too and I so know the feeling of I just want to disappear. I may not be your friend but please know that you do help me. Thank you for coming back.

Hi, JC
Thank you. I'm so glad I am still writing this blog and that people have expressed that it does help them. It makes it really worth it.
Happy holidays and thank you!
Natalie

I'm so glad you are still here writing this blog. I love reading what you write. Keep it up.
Michele

Thank you Michele! I really appreciate it.
Sincerely,
Natalie

Thanks for writing this Natalie. It was a good post to read and once again, I greatly admire and appreciate your bravery for being open and honest..... and helpful. I do not suffer from mental illness, though I believe quite a few of the side effects of brain injury are very similar. I am not bipolar nor have I dealt with the addictions you have. But I do understand impulsive. I have never really done anything too bad I don't think, except for ignoring my health. It is very easy for me to fall into taking care or doing whatever for others; to make sure everyone is okay. I need to be reminded about taking care of myself too. Thank you.

Hey, Mark!
Thank you for your comments. Addiction is its own sort of mental illness--it's even classified as a mental illness. Addicts are great at being impulsive...and denying it:) And, as we have, recovering.
Sincerely,
Natalie