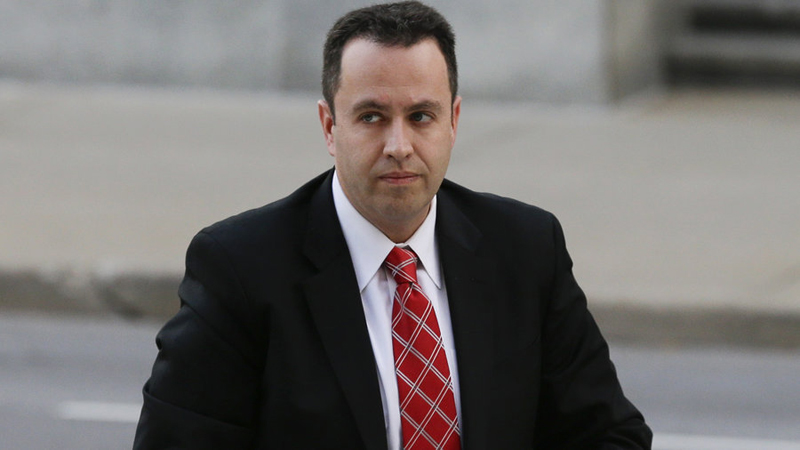 Is Jared Fogle mentally ill? I live in Indianapolis, where the debacle has been extremely high-profile. Fogle plea-bargained to charges of traveling to engage in illicit sexual conduct with a minor and distribution and receipt of child pornography and will serve jail time (Pedophiles on the Web). During the press conference that was, unfortunately, near my bus stop, Fogle's attorneys claimed he had "a medical problem." After my initial disgust and rage, I realized that they are technically correct. Pedophilia is a recognized mental disorder. But how much of the blame is on Fogle and how much of it is mental illness? Is Jared Fogle really mentally ill? 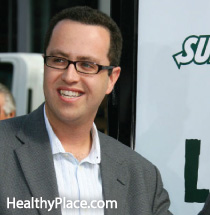 In this video, I argue that Jared Fogle is mentally ill but still responsible for his conduct. No sane individual views pornography of children as young as six. His sentence should include treatment for a sexual deviancy because it is the morally right thing to do--even if I, personally, think the guy should be hanged by a body part other than his neck (the fact that I am a sexual abuse survivor probably has something to do with this). Mental illness should be a mitigating factor when a crime is tried, which is why the plea and verdict "guilty but mentally ill" should be valid in all 50 states and the federal system. That said, a mental health consumer is responsible for seeking treatment when his/her symptoms are at odds with the criminal justice system.

I sometimes hear voices telling me to do bad things. When this happens, I contact my treatment team and tell them what the voices are saying. It is my responsibility, and mine alone, to be open about what the voices are telling me. That's where the line is drawn--by the consumer's honest reporting of symptoms. After that, the responsibility falls on the treatment team.

So, is Jared Fogle mentally ill? Yes, but that's no excuse--he should have sought treatment long ago. His failure to do so should be punished to the fullest extent of the law.

Three Myths About Psychiatric Patients
For 32 Million Families: A Cheating Partner Is Not Your Fault
Traci
August, 24 2015 at 10:18 am

I would add, that we do not know whether this fellow is a pedophile or not. Not all child molesters are pedophiles, and not all people who molest children are pedophiles. This is another term we have a popular understanding of which is not its clinical meaning.

I'm sorry to say this, but this column is everything that's wrong with Americans and their approach to mental health. Who is Becky Orberg? A quick view of her facebook page tells me she has an undergraduate degree in journalism from a Baptist university. Her credentials in the field of mental health are---? Why should we expect to take seriously her judgment about this any more than her judgment of my osteoporosis. She is not a psychiatrist, she has not interviewed this fellow, she just "knows" what he is suffering from and what he is capable of doing. One condition is not the same as the next, so knowing the state of one's own mental health doesn't make one an expert on the workings of someone else's brain.
By all means, this guy should be off the street, but Americans need to know how little they know about mental health, and quit flying by the seat of their pants because they are so anxious to call balls and strikes, or to declare a person morally fit or unfit.
While recognizing that experts sometimes disagree, mental illness is diagnosable. But not based on a few paragraphs you read in People Magazine about what someone has done. And with a diagnosis might come some information about a person's ability to choose or not choose a particular behavior.
And a person with a degree in criminology? I do not think our criminology departments grapple with these areas in any depth either -- they too are anxious to provide a rationale for the punitive criminal justice system we have. In Europe, on the other hand, the emphasis is on public safety and (whenever possible) rehabilitation. In the US we are far more interested in evaluating character. In the US we have good people and bad people, we like to think -- not people with personality disorders who will not be safe in public because treatment is difficult and sometimes impossible. Am I sure I know what someone else is capable of knowing and doing? -- no, and neither is anyone reading this.

My thoughts on sexual deviancy are solid. After studying criminal justice I have learned that a Mental Illness circumstance is rarely used with sex offenders. Your point about him serving less time than someone with a Marijuana offense is true and sickening. Another part where the system is broken and that's a shame. If a person knows the difference between right and wrong they should have no chance of using a mental illness plea. Although criminals have more rights than victims, there needs to be a stand to change this unreasonable and outdated practice. I hope he gets prosecuted to the fullest extent of the law. And pray that his victims can get the justice and treatment they need to recover.