Should the U.S. Ban Conversion Therapy?

Should the U.S. ban conversion therapy? Recently, I received an email asking me to sign a petition demanding the Federal Trade Commission ban conversion therapy, also known as "reparative therapy," "ex-gay therapy," and "sexual orientation therapy." This therapy, which has been discredited by nearly every medical, psychiatric, and psychological organization, claims to be able to turn a Lesbian, Gay, Bisexual, Transgender, Questioning (LGBTQ) person into a heterosexual (Cure the Gay: Gay Conversion Therapy – Real or Hoax?). When you read what this therapy involves--the Southern Poverty Law Center claims it uses "violent role play, reenactment of past abuses, and exercises involving nudity and intimate touching" 1 --it's hard to see why it's allowed. But should the U.S. ban conversion therapy?

What Conversion Therapy Is

Up until recently, by which I mean 1973, homosexuality was a psychiatric diagnosis treated by some extreme means. Institutionalization, castration, and electroconvulsive therapy (ECT, or electroshock) were all practiced. The National Center for Lesbian Rights reports:

Why Conversion Therapy Is Harmful

. . . decreased self-esteem and authenticity to others; increased self-hatred and negative perceptions of homosexuality; confusion, depression, guilt, helplessness, hopelessness, shame, social withdrawal, and suicidality; anger at and a sense of betrayal by [conversion therapy] providers; an increase in substance abuse and high-risk sexual behaviors; a feeling of being dehumanized and untrue to self; a loss of faith; and a sense of having wasted time and resources.

The goal of therapy is to help with these issues, not cause them. Any treatment, medical, spiritual, or psychiatric, that causes harm should be suspect--but should the government get involved? I feel like I'm asking, "Should we ban the lobotomy?"

The damage done is significant, but is it really a good idea to get the government involved? 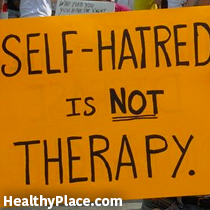 I normally don't like getting the government involved in my personal life or medical decisions, which is why I'm hesitant to call for an outright ban (Should Conversion Therapy Be Banned?). A ban infringes upon freedom of speech and freedom of religion, and that leads to a slippery slope of what is and is not legal. However, minors, who cannot consent to conversion therapy, should not be forced to undergo it--and that's the law in California, New Jersey, and Washington, D.C.. But what about adults who consent to conversion therapy?

We can fight back against this harmful practice in many ways without banning it. We can demand insurance companies not cover it. We can educate minors about their sexuality in the hopes that they will be accepting of it as adults (Parents of Gay Children and the Issues They Face). We can publicize the damage conversion therapy does. We can have regulatory bodies refuse to license practitioners.

Ideas are like plants--the ones that don't adapt die. It's time to let the idea that homosexuality is an illness die, just as the idea that the earth is flat and the sun revolves around it died.

APA Reference
Oberg, B. (2016, May 9). Should the U.S. Ban Conversion Therapy?, HealthyPlace. Retrieved on 2020, September 30 from https://www.healthyplace.com/blogs/recoveringfrommentalillness/2016/05/should-the-u-s-ban-conversion-therapy