How to Recover from an Abusive Relationship

Rebuild Your Self-Esteem When Recovering from an Abusive Relationship

Dr. Aphrodite Matsakis, author of I Can’t Get Over It: A Handbook for Trauma Survivors, writes:

Most battering victims stay for the kiss, not the fist—for the love and attention of [the honeymoon phase], not the anxiety and physical and emotional pain of [the other two stages]. … Both battered women and incest victims may have protective, loving feelings toward their abuser because of the affection the abuser has showered upon them. 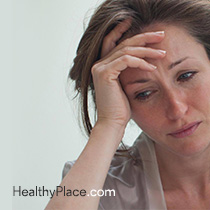 More often than not, this is because the victim has next to no self-esteem.

The answer, then, is to build self-esteem. But how to do that? Talk to others and ask them what they like about you and why. Meditate on affirmations others have given you. Then, when you are strong enough, examine yourself and find what you like.

For example, I take a good deal of pride in my writing. Celebrate the small victories, such as waking up alive in the morning. Eventually you'll see the big victory of surviving an abusive relationship.

Don't get down on yourself for falling for a con artist. Celebrate yourself for having the strength to ditch your abuser (How To Recover From Emotional Trauma of Domestic Abuse).

Understand Posttraumatic Stress Disorder When Recovering from an Abusive Relationship

Posttraumatic stress disorder (PTSD) is estimated to affect eight-to-nine percent of the population. According to Matsakis, it develops:

Understanding PTSD, then, is a good move for any domestic violence survivor. You may be one of the lucky 16 percent who does not develop PTSD. But it is important to understand PTSD because it does not always develop immediately after the trigger or triggers.

For example, in many cases victims of rape, incest, and other types of abuse are blamed for either provoking the abuse or for accepting it, as if it had been their choice. Furthermore, survivors of man-made catastrophes are much more likely to be seen by others as lacking in strength, caution, intelligence, or moral integrity. The message they are given is, What happened to you is your own fault. If you had been more careful, less stupid, more righteous, it wouldn’t have happened to you.

This attitude often causes what is called “secondary wounding," which is often as bad as, if not worse than, the original trauma.

Other mental illnesses disproportionately affect domestic violence survivors, ranging from borderline personality disorder (BPD) to eating disorders. In order to effectively treat these illnesses, it is important to understand and address the root cause--more often than not, a lack of control. Acknowledging lack of control is the first step to gaining control, and, therefore, the first step to abusive relationship recovery.

Be Determined to Recover Yourself from the Abusive Relationship

Some people stay mired in the chaos because that's all they know. In order to recover, one has to be determined to recover from an abusive relationship. One has to want to recover before all else. This does not mean there won't be bad days, days where the chaos wins, but it does mean there is hope.

It's like sobriety--you have to want it to have it, and you have to have it to realize what it's worth. Recovery is real, but you have to work for it. There will be good days and bad days. Over time, there will be more good days than bad days, and you can see them when they're there. You can choose to recover (Recovery from Domestic Abuse).

Build your self-esteem. Take control. Be determined to recover. Your future is in your hands.

APA Reference
Oberg, B. (2016, August 22). How to Recover from an Abusive Relationship, HealthyPlace. Retrieved on 2021, May 10 from https://www.healthyplace.com/blogs/recoveringfrommentalillness/2016/08/how-to-recover-from-an-abusive-relationship

How the Government Can Help People With Mental Health Issues
How to Use Coping Skills in Emergency Situations
Dr Musli Ferati
August, 28 2016 at 6:10 pm

Abusive relationship indicates common and unavoidable experience that compromise our daily functioning and global life accomplishment, as well. They also damage our somatic, psychological and social welfare. In modern life they became serious and intrigued psycho-social issue, as result of dynamic and accelerate life rhythm, with reckless race to profit and social prestige. There are many persons with weak personal and professional abilities that tread under interpersonal relationship in their social network, in order to achieve any social or material favor. The situation becomes more harsh when it is known that exist numerous antidemocratic regimes, that in institutional way suffocate humane rights and the free of speech. These and many others personal, social, economic, cultural, ethnical and psychological misunderstandings and conflicts has increased the number of man-made disastrous event in social milieu. The victims of this traumatic incidents mostly are weak and honest people. This undeniable fact makes the recovering from an abusive relationship more hard and difficult one. However your recommendation to reinforce self-esteem after abusive relationship exhibits hopeful step and engagement, although is seems like an illusion. Without a comprehensive and sophisticated mental health service and installing of functional democratic government with instant jurisdiction. the number of serious PTSD in day to day basis will increased with geometric progression.