The Power of Psychiatric Medications Probably Saved My Life 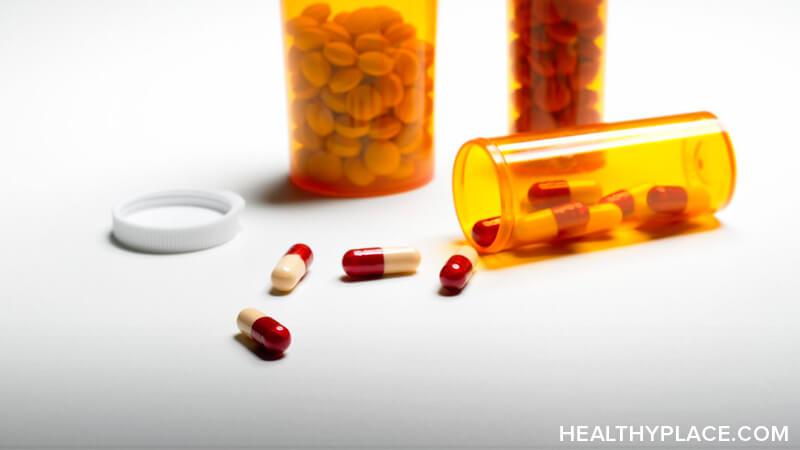 Have you ever thought about the power of psychiatric medications to save lives? In the past few days, I was let go from one of my jobs and one of my pet rats died unexpectedly. This would be a stressful situation for anyone, but a few years ago this would have had me drunk and suicidal. But, thanks to the power of psychiatric medications, I'm sober and safe. I can deal with life's curveballs--something I couldn't do off my medications.

My Life Before Psychiatric Medications

Although I suspect I've had a mental illness since childhood, I was not formally diagnosed until I was in college--and I was a basket case. I drank about five drinks almost every day, self-injured frequently, and was constantly suicidal. I drifted in and out of hospitals, finally ending up in a state hospital in Indiana. It was there that I began to deal with the issues that were affecting me.

I got sober, and only once I was sober was I able to realize I needed my sobriety as much as I needed my medication. When I was discharged, I stayed sober for three years under my own power. As I write this, I'm four years sober by the grace of God and fellowship of Alcoholics Anonymous. I'm on medication and in therapy. I finally feel like I can handle life on life's terms.

Psychiatric Medications and Side Effects

We don't know much about the brain. I once heard that our knowledge of the brain is where cardiology was 200 years ago. But we're rapidly making advances in treatment, and I believe we will find a cure for mental illness sometime in my lifetime.

Psychiatric medications are very effective, but not without their side effects. I joke that mental health treatment is: "Choose Your Own Side Effect". Some are minor, such as fatigue, but still annoying enough to where some people choose their demons over sleeping all the time. Some are serious--I've developed a high heart rate as a result of one of my medications, and diabetes is not uncommon. You have to decide what you're willing to live with.

I believe that we will discover medications with fewer side effects. While it is normal for any medication to cause side effects--ask a senior citizen how many meds they take for side effects--it seems especially pronounced in psychiatric medications. But some things are better than being sick. For me, the high heart rate and obesity are worth not hearing voices and not being suicidal all the time.

You have to choose what's right for you.

Why I Choose to Take Psychiatric Medication

I made a choice to be on medication because I was sick and tired of being sick and tired. Constant suicidal ideation is very draining, and the alcoholism caused problems. I wanted to feel better--and thanks to the power of psychiatric medications, I started to recover. Even a friend I spoke to over the phone could tell a difference when I first went on medication.

I chose to be on medication because my life was unmanageable. What I was doing without medication wasn't working. So after trying everything else, I saw a psychiatrist and went on medication.

My recommendation: if you're having symptoms of mental illness, talk to a psychiatrist--there are plenty of therapists out there who will tell you the problem is all in your head or a spiritual crisis. A psychiatrist will look at the issue from a medical standpoint and, if necessary, prescribe medications. Combine medication with therapy, and make sure you get a therapist who understands mental illness is not a character flaw but a medical issue.

You deserve to be happy and content. The power of psychiatric medications has done just that for me.

APA Reference
Oberg, B. (2017, June 12). The Power of Psychiatric Medications Probably Saved My Life, HealthyPlace. Retrieved on 2022, July 4 from https://www.healthyplace.com/blogs/recoveringfrommentalillness/2017/06/the-power-of-psychiatric-medications

3 Ways Rape Culture Impacts Rape Survivors' Mental Health
Are You Powerless Over Your Addiction? Here's How to Know
Terry
June, 20 2017 at 12:26 pm