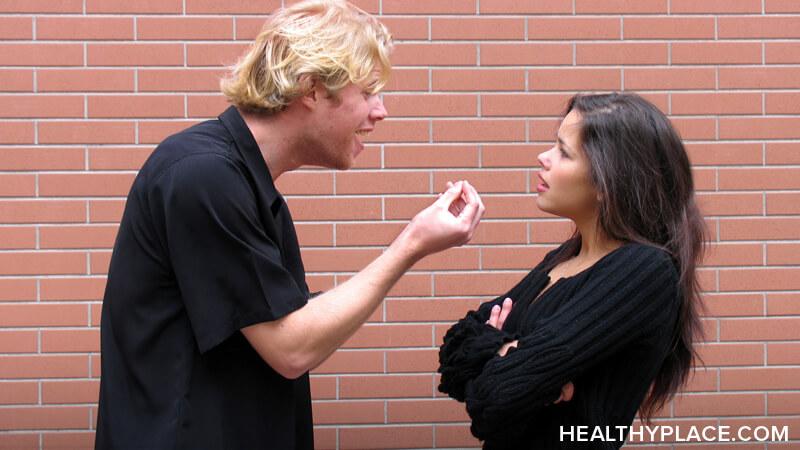 The Impact of Rape Culture on Rape Survivors

The first way rape culture impacts survivors' mental health is by teaching that survivors are "damaged goods." Kidnapping survivor Elizabeth Smart said that she felt worthless after her captor raped her and as a result, she did not try to escape. It took a personal visit from an elder in the Church of Jesus Christ of Latter-Day Saints and new revelation in the Book of Mormon to convince Smart that the rape was not her fault and she was not "damaged goods."

Smart's case is extreme, but a survivor who believes she is "damaged goods" will act differently, usually in self-destructive ways. It is not uncommon for a rape survivor to drink or use drugs to self-medicate, to self-injure as a way to detach from the pain, or to go to extremes in sexual behavior. Suicidal behavior in rape survivors is also common. A survivor who derives their self-esteem from virginity will experience a crisis due to rape culture--they've put so much emphasis on staying "pure" that they feel crushed when violated. They don't know who they are, and they don't know what to do next.

Rape Survivors Believe the Rape Is Their Fault

Sexual assault has a high rate of resulting posttraumatic stress disorder (PTSD)--I've seen estimates as high as 80 percent of rape survivors develop PTSD. Part of PTSD is blaming yourself for what happened. If I had only been more careful, more vigilant, if I hadn't taken that drink, if I hadn't walked down that road, "if only" ad infinitum.

Rape culture magnifies this several times--the rape survivor seeks support only to be told it was her fault. She then absorbs the belief that she's damaged goods, and society reinforces that belief (Marital Rape, Spousal Rape).

Do you want to know what causes rape? Rapists. An individual chooses to rape another human being. Everything else is simply an excuse. It doesn't matter how much alcohol you've had, how tight that dress was, or how hot and heavy your make-out session was. If you said "no," you did your part to prevent the sexual assault. The burden is on the other person to respect that.

Rape culture asks the victim why. What we should be doing is asking the perpetrator why--why did he choose to ignore that no? What's wrong with him? He is to blame. Why would he choose to commit a crime?

We don't ask robbery victims why they were robbed.

It's time to ask rapists why they rape.

Rape Survivors' Self-Worth May Come from Their Sexual Purity

This is a very common myth, especially in religious circles. In fact, the Old Testament and the Qur'an teach that any woman who is sexually impure must be stoned--we see that in the Middle East frequently. Interestingly, the Old Testament penalty for rape is a fine payable to the victim's father and a forced marriage with no divorce option. Emphasis is placed on sexual purity--but that's not where your worth comes from.

There are three ways rape culture impacts survivors' mental health. Now that you know what they are, you can fight against them and argue back against the voice that tells you these lies.

If you have questions about rape or mental health help related to rape, visit Help for Rape Victims, Rape Victims Support.