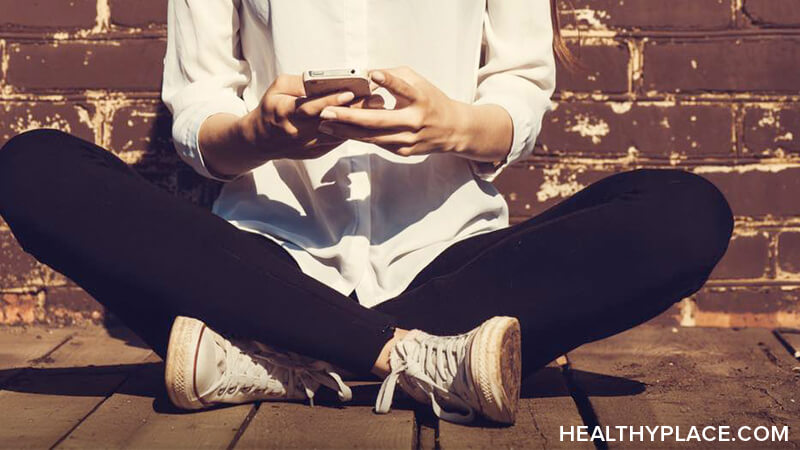 Advantage #1: You Don't Get Triggered By a Voice

Many people can be triggered by a voice, whether it's the voice of a stranger or the voice of a man or woman. I know one person with posttraumatic stress disorder who, for years, could not talk to a man while in crisis and would hang up if the crisis counselor was male. Texting gets you past this. When you text, you don't get triggered by a voice.

The disadvantage is not hearing a voice--some crisis counselors are leery of text because they can't hear a tone of voice (Suicide Help Chat: A Viable Option to Calling a Crisis Line?). But it's harder to text a lie than it is to speak a lie because you have to stop and think about what you're saying. A person in crisis can lie a lot easier over the phone than via text. The New York Times reports that people in crisis tend to be more honest when texting.1 They also tend to cut straight to the point and say exactly how they're feeling or what the problem is.

That leads to the second advantage: texting a mental health crisis hotline keeps your hands busy.

Advantage #2: It Keeps Your Hands Busy

Texting keeps your hands busy. I can speak from experience that during a phone call, the person in crisis might not be safe. More than once I've called a mental health crisis hotline with something with which to hurt myself in my hand. Just because someone is talking to a crisis counselor does not mean they don't have a way to hurt themselves. Texting usually requires both hands and keeps your hands busy--and putting down the means to harm yourself can be greatly freeing.

Putting down whatever you plan to use to hurt yourself buys you some time, and time is crucial to feeling better. Keeping your hands busy until the feeling passes is one way to ride out a mental health crisis. Texting distracts you from acting on your self-harm or suicidal urges long enough to feel better most of the time. So text away.

I hate it when I'm in crisis and my counselor calls me while I'm on the bus. Granted, I need to talk to her, but it's hard to do when someone else may overhear me. I don't like talking about my problems in public--there's a reason therapists work so hard on establishing a safe spot in their office. Texting provides privacy, and this allows the person in crisis to both be honest and safe if another person is nearby.

Texting is quiet. No one overhears your conversation and makes negative comments about your situation. Texting allows the person in crisis to reach out for help without compromising their privacy. Texting can be about anything--no one has to know that you're talking to a counselor. You can reach out for help without anyone knowing you're talking to a therapist. For some people, this is just as vital as knowing the therapist won't break confidentiality unless they're a danger to themselves or others.

I think about suicide

Dear Richard,
Please refer to our suicide resources at https://www.healthyplace.com/other-info/suicide/suicide-suicidal-thoughts-and-behaviors-t…. You are not alone and help is available.

Wow! never thought about this, this gets a 10/10 rating

Thank you for publishing this article in texting to a crisis counselor. I've been in dire need many times but made no calls as I hate talking on the phone because my emotions interfere with logical speaking. My memory has been compromised which makes conversing quite a challenge.

Great breakdown. I think the advantages are completely on point. Many people probably wouldn't think about the first two but they are hugely important. Not having to worry about what voice will be on the other end and to also give your hands something to do are both very helpful benefits for someone in crisis.