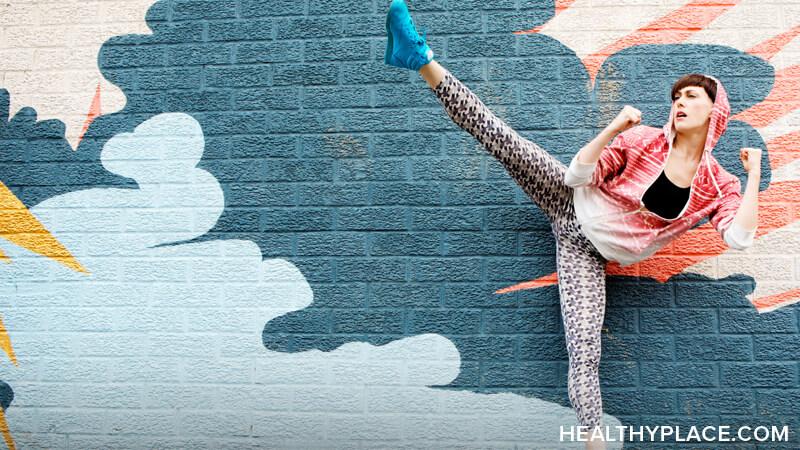 Sexism contributes to the prevalence of eating disorders in women, but on the flip side, approaching eating disorders from a feminist outlook can be an important tool for recovery. Our social constructs view gender through a binary lens in which men are the objectifiers and women are the objectified, causing female bodies to be sexualized. This idea makes women feel pressured to meet the conventional standards of beauty, often resorting to extreme behaviors if their physical features are outside the “norm.” But dismantling these restrictive and harmful stereotypes could promote more body acceptance in our culture. Because sexism and eating disorders are connected, a feminist perspective can help to reverse this issue.

How Sexism and Eating Disorders Are Connected

Research has found that a staggering number of women dissociate from their bodies in puberty to escape the sudden—and often embarrassing—increase in male attention. Unsolicited comments or stares aimed at the breasts and butt might seem intrusive to girls who are not used to being noticed for just their appearance. Not to mention, cultural stigmas that imply women should not wear fitted clothing or accentuate their curves to “provoke” sexual misconduct can elicit a sense of deviance and shame toward the female body as a whole.

These notions promote a misogynistic framework where men assume the entitlement to regard women as physical commodities instead of human beings with value beneath the surface. Likewise, women are taught to scrutinize, conceal or deprecate their femininity which can trigger the onset of negative body image and disordered eating tendencies. This link between sexism and eating disorders is both pervasive and disheartening, but there is a counterpoint to sexism which can be instrumental in the healing process.

Although feminism is often associated with "bra-burning, man-hating" radicals, at its core this movement seeks to empower and mobilize women to regain autonomy of their own bodies. Feminism does not suggest that females are superior to males, but aims to equalize both genders and confront the patriarchal status quo. This shifts the emphasis off of judging women based on outward sexuality and redirects the focus to their deep-rooted worth as individuals.

I was raised in an environment that dismissed feminism as too extremist, but now I consider it fundamental to my path toward eating disorder recovery. The toxic patterns I cycled through and the abuse I subjected myself to were entrenched in a belief that I did not deserve health or wholeness because I was trapped inside a body which seemed more "object" than human. Feminism helped change this distorted—and socially conditioned—perspective.

Once I began to recognize that women are not defined by their size or shape, I learned to identify with a more holistic view of myself as mind and spirit, not just body. I also discovered that no one has ownership rights to this body except for me, so I am responsible for its nourishment and wellbeing. Ultimately, I embraced the idea of treating people with dignity no matter their weight, appearance, or gender. And now I understand that includes me.

Sexist influences attempt to undermine my self-esteem, but I can either believe the deceit which intensifies the eating disorder or reframe the dialogue which creates a space for healing. That choice is mine—and every other woman's too. So I choose to heal.