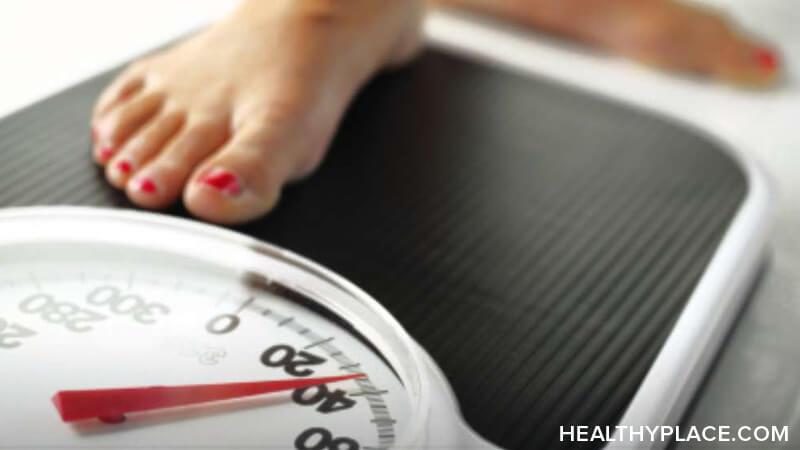 Bulimia is characterized by recurrent binge-eating followed by compensatory behaviors like fasting, purging or over-exercising. Research studies have found many parallels between bulimia and addiction, in particular, people struggling with these illnesses report a sense of losing control and withdrawal when they try to abstain from certain disordered eating behaviors.

It’s common to hear bulimics talk about consuming entire cakes or multiple packets of sweets until they feel physically sick, and not being able to stop once they start as though some unknown power has taken over them. Shame and guilt are toxic accompaniments, and this vicious cycle of compulsion can go on for years despite the tremendous pain it causes. Bulimia certainly sounds like an addiction.

Similarities Between Bulimia and Drug Addiction

Although the neurological similarities between bulimia and drug addiction haven’t yet been established, studies have shown that certain behavioral and eating patterns, such as binge eating, purging, and dietary restriction, are highly addictive.1 A prominent study led by Tufts Medical School demonstrated that cravings for food or drugs can be associated with specific locations or situations, and the brain may be wired to pair cravings with certain emotions.2 A similar neurological pattern of withdrawal was also suggested, as bulimics experience similar symptoms as drug addicts when they try to stop binge eating, including anxiety, inability to sleep, and intense cravings.

A systemic review published in the journal Nutrients last year showed that particular foods affect our brains in similar ways as alcohol, nicotine, and hard drugs.3 Often these foods release neurotransmitters associated with pleasure and reward, like endorphins, temporarily relieving emotional pain, anxiety, and depression. Processed foods with added sweeteners and fats were found to be most addictive: they give our blood sugar levels a huge spike and overrule the body mechanisms that let us know when we’ve eaten enough. Just like with cocaine or nicotine, people can become physically and emotionally addicted to frequent consumption of these foods.

The authors of a paper exploring the validity of “food addiction” in the journal Neuropsychopharmacology, concede that:

“some individuals clearly demonstrate a failure to exert control over their food choices, despite a desire to do so, and as a result, experience significant negative consequences”.1

Still, “food addiction” remains controversial, with many within the scientific community arguing that the concept is unsupported.

Recovery Through an Abstinence-Based Program

I struggled with bulimia for many years without receiving help, as I failed to recognize that I had a problem and that effective, evidence-based interventions, like cognitive behavioral therapy (CBT) and family-based therapy (FBT), were available to me via my healthcare system. I privately sought out alternative treatments, like hypnotherapy, which were helpful for a limited period of time, but I couldn’t afford to continue them in the long-term.

In the early phase of my illness, restricting my food intake felt like a conscious expression of discipline and strength, but at the height of it, I felt completely out of control, especially in the moments before and during a binge. Intense cravings and thoughts about restricting and eating often felt obsessive and all-consuming. It took me years to realize that willpower alone wasn’t enough to overcome a serious disorder like bulimia.

In my late 20s, I was able to establish a healthy relationship with food through the use of a supportive community and a combination of powerful psychological tools, like CBT and hypnotherapy. A 12-step program – commonly used for addiction – was a big part of my early recovery, which involved refraining from certain “trigger” foods and addictive behaviors, attending support group meetings, and being guided and supported by a sponsor. The program receives a fair amount of criticism due to the dearth of scientific evidence regarding its efficacy, but I’ve heard as many anecdotal “success stories” as I’ve heard negative ones, especially from people with eating disorders that share behavioral patterns with addictions, such as bulimia and binge eating disorder.

Treatment Options for Bulimia and Bulimia as an Addiction

Bulimia is a complex, difficult-to-treat illness. As a research assistant within an eating disorders service in London, I observed effective treatment of bulimia in adolescents using the evidence-based Maudsley approach, namely family-based therapy, which was originally developed to treat adolescent anorexia nervosa.4 Parents are seen as powerful resources in recovery, as they can work collaboratively with their child to stop harmful behaviors, help them acquire positive coping mechanisms, and maintain a consistent eating pattern. For adults, CBT remains the first-line approach, with other treatments including pharmacological (e.g., selective serotonin reuptake inhibitors) and combination interventions.5

Treatment for Bulimia as an Addiction

Conceptualizing bulimia as an addiction, or simply understanding the similarities between these mental health problems may help open up new possibilities for bulimia treatment. An abstinence-based approach isn’t for everyone and wasn’t the right choice for me in the long term, but it helped me get back some control and disrupted my disordered eating behaviors when they were at their worst. I believe that 12-steps programs, such as Overeaters Anonymous (OA) and Food Addicts Anonymous (FAA), should be available to individuals struggling with food-related mental illness, and that further research should be conducted on the effectiveness of these programs to ensure that a broader spectrum of people can get the help that they need.

Do you see bulimia as an addiction? Why or why not?

APA Reference
Redif, Z. (2019, June 5). Is Bulimia Like a Drug Addiction? , HealthyPlace. Retrieved on 2022, May 23 from https://www.healthyplace.com/blogs/survivinged/2019/6/is-bulimia-like-a-drug-addiction

No. EDs may feel like a food addiction but that’s not entirely accurate You cannot treat an ED like drug addiction. Because you cannot fully abstain from or eliminate food like you would a substance. Food is not the problem. The emotional dysregulation/trauma/genetic predisposition/unhealthy coping skills/so many more factors are at play. Hypnotherapy won’t resolve food issues. Neither will restriction. Structure and relearning how to eat balanced healthy meals and stabilizing vitals along with group and individual therapies works.