Why I Don't Believe in Eating Disorder Triggers 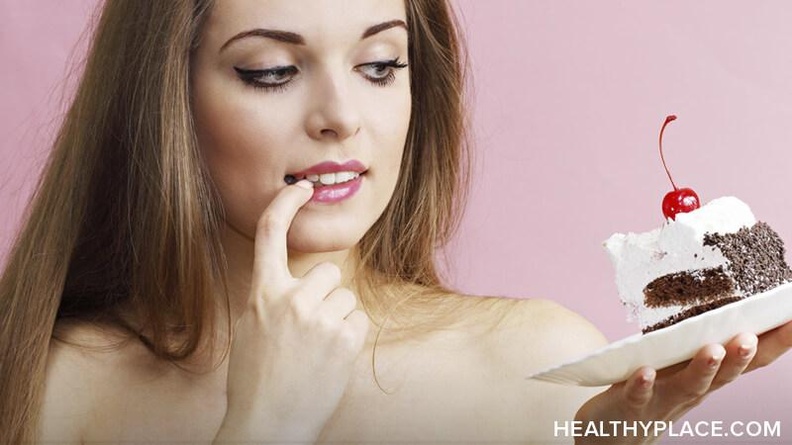 But I don't. I am in ED recovery and I have no triggers.

What Are Triggers? What Is an Eating Disorder Trigger?

Whether you're recovering from drug or alcohol abuse or an eating disorder, a trigger is defined as any external or internal force or occurrence that causes/could cause you to relapse.1

So, for an alcoholic, that could be hanging out with someone with whom you used to drink. It could even be listening to a band you used to listen to when you'd drink. For someone with an eating disorder, a trigger could be a certain holiday or flipping through a fashion magazine in the doctor's waiting room.

It could be seeing someone else wearing a pair of low-slung jeans you don't think you'd ever, ever be able to wear, or noticing your partner's gaze lingered a second too long on the insanely-attractive bank teller with a model's body.

It could be the word, "model."

It could be waking up every morning in the same body and feeling limited by that very fact.

It could be breathing in and out.

When my first therapist cautioned me to avoid triggers, I realized there was no part of my existence my ED didn't touch. Possible triggers were everywhere.

I wanted, so desperately, to get better, but I couldn't avoid living. I felt more helpless and hopeless at this initial stage in my recovery than at any point before.

What was the point in getting better if I was always going to be a victim of something? This thought was more disturbing than the thought of being bulimic or anorexic for the rest of my life: being a victim forever--even in recovery.

The Power of Language in Eating Discover Recovery

I know that there is a lot of eating disorder rhetoric out there, but I often find it too passive, simpering, even. It's a language in which things happen to you and you seem to be at the whims of brutal, unfeeling forces.

The mere mention of eating disorder triggers made me feel like someone was pushing a knee into my windpipe. It made me feel like a victim, and I couldn't stand for that—not when I'd already spent so much of my life battling for control. I'd made a commitment to recovery so I could step out of the warzone, but if I tried to recover within the confines of ED therapy-speak as it existed (and still exists), this was never doing to happen, not for me.

There is no food, occasion, person, song or place that could possibly take my hardwon recovery away from me. Not having triggers doesn't mean I don't have emotional, sometimes food-based, reactions to stressful or sad situations; but to me, that's just living. Everyone has days where they eat their feelings. We all have days when we feel bad about ourselves.

But, as I continue in my ED recovery, I realize that these days don't have to define me.

And I don't have to live in fear of some invisible finger having the power to end me.

As you negotiate your way through your own ED recovery, I encourage you to find the recovery rhetoric that works for you. The way we talk to ourselves and define the experiences around our recovery can make or break our success. If a word or term doesn't sit right with you—if it makes you feel trapped or angry or alone—don't use it. Whenever possible, choose a language of power and positivity.

Do you believe in eating disorder triggers? Why or why not?