The Competitive Nature of My Eating Disorder 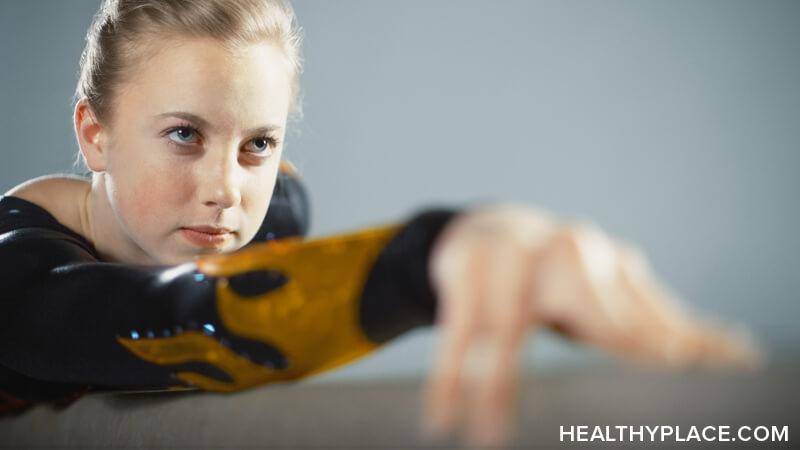 As someone who started flirting with anorexic behaviors in early adolescence, I have cycled in and out of many toxic, compulsive traits over the years. But although I consider myself to be in a stable, consistent recovery mindset now, the competitive nature of my eating disorder still pulls me back into its orbit sometimes. In fact, I noticed this competitive streak reassert itself as recently as last night.

The normally sweltering temperatures in metro Phoenix have begun to cool down, so I went for a run with my husband to soak in the evening breeze. However, I was not hydrated enough to maintain our pace, and he easily outran me. Knowing my husband, this was not a race to him—it was a chance to spend quality time together—but as soon as he passed me, the competitive nature of my eating disorder took control.

What Factors Drive the Competitive Nature of My Eating Disorder

If I had to guess where the competitive nature of my eating disorder comes from, I would say it's the reflection of a core message I internalized at a formative time in my life. As a teenager who felt ostracized by my peers and uncomfortable in my own skin, I believed that being the thinnest person in the room would make me superior to everyone else. On the flip side, I also assumed that encountering somebody thinner would make me a failure. I became convinced that my worth hinged on how successful I could be at maintaining anorexic behaviors. This belief stoked the competitive nature of my eating disorder until it was all I cared about.

At this juncture of my healing process, the internal message isn't necessarily, "I need to be the thinnest," but it does manifest in other ways. For instance, last night, it came across as, "I need to be the fastest and the strongest. I need to prove that I am more powerful and athletic than my husband."

So, although I felt nauseous and exhausted from the lack of hydration, I forced myself to continue running. I insisted on winning a race that was not even meant to be one in the first place. But that is how the competitive nature of my eating disorder works—it pushes me to unhealthy (often self-destructive) lengths because to do any less would be a failure. Of course, that's not true, but the eating disorder voice can be quite persuasive.

Do you have a competitive nature that can cause your eating disorder behaviors to resurface if you're not careful? How does it manifest for you, and what are some of the coping mechanisms you use to combat this tendency? Please share in the comment section below.