What Verbal Abuse by Parents Teaches Children About Love 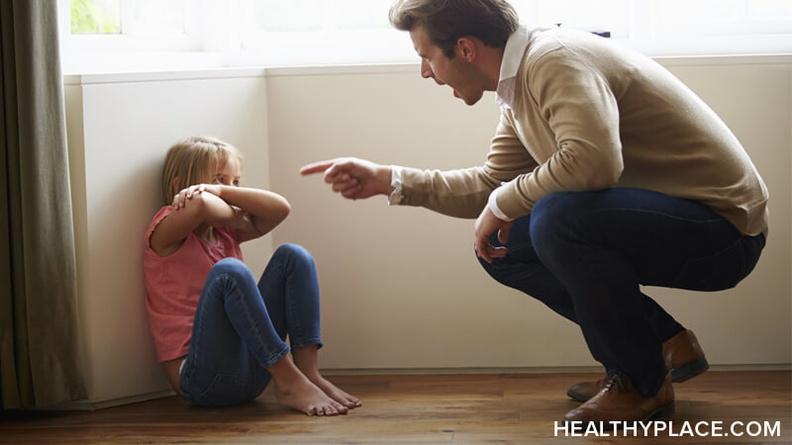 One of the worst things about being verbally abused by parents is that the damage can be lifelong, yet it can take a lifetime for someone to recognize the pattern of abuse they experienced.

When children from verbally abusive homes grow up, however, even if they don't understand what they went through, they still carry with them the lessons they learned. These lessons are the distorted beliefs about themselves and the world that follow them like shadows as they forge new adult relationships.

The lessons verbally abused children learn can carry over into any new relationship, but these beliefs may primarily affect romantic relationships. Below are 11 distortions that verbal abuse by parents can cause children to grow up believing.

Growing up with verbally abusive parents normalizes situations for children where they feel unloveable, have their inner lives minimized and ignored, and are told either implicitly or explicitly that they are bad or flawed.

The result can lead them to enter into a romantic relationship in which they re-enact these painful experiences until they are able to wake up and recognize the pattern for what it is--if they ever do.

Sometimes re-victimization can occur in which adults who were verbally abused by parents as children find themselves in many abusive relationships as adults.

Watch the video below, as there’s a surprising and important reason why and I think it's an important perspective to hear.

Introduction to Jenn Carnevale, Author of ‘Verbal Abuse in Relationships’
How Your Inner GPS Falls Victim to Verbal Abuse
Megan
July, 23 2019 at 2:44 pm

Megan, I am so saddened to hear this and send you loving energy. I've had a rough go of it with my dad navigating boundaries and his own trauma. I encourage you to reach out to a licensed therapist in your area and or connect with one of these resources to stay safe: https://www.healthyplace.com/other-info/resources/mental-health-hotline-numbers-and-refer…
Just remember this: it's not your fault.
Light and love--Jenn

My this brings back the memories. I’m in therapy because of this. I’m also bipolar and have dyslexia.
Therefore I’m a complete failure.
Even if I was successful in something I would
Sabotage it. Why? Read above. Thanks!

Hi Peggy: I'm so sorry that you've experienced this. You're definitely not a failure because of the things that have happened to you that aren't your fault and you had no control over. I do understand what you're saying about feeling as if you have failed or having sabotaged many things in your life. I still find myself doing this at times. I think awareness of why is the first step and you're already there. Kindness for ourselves unconditionally (which we never had) is a big part of helping to get rid of the messages we received--but it takes a long time to relearn it, as you know. It sounds as if you are working through this and are on a path toward getting somewhere but I agree, it is a struggle! You're definitely not alone. Thank you for taking the time to leave a message. Stay strong! Kristen

These are powerful messages and reminders. It's so important for us to realize the impact that childhood messages have on our adult lives. The interactions we have as children create a foundation that we build on as adults, whether we realize it or not. Wonderful read. Thank you for sharing.

Hi Lizanne: Yes, I agree with you. Thank you and I'm so glad you enjoyed the article. Take care, Kristen