What Is Grey Area Verbal Abuse? 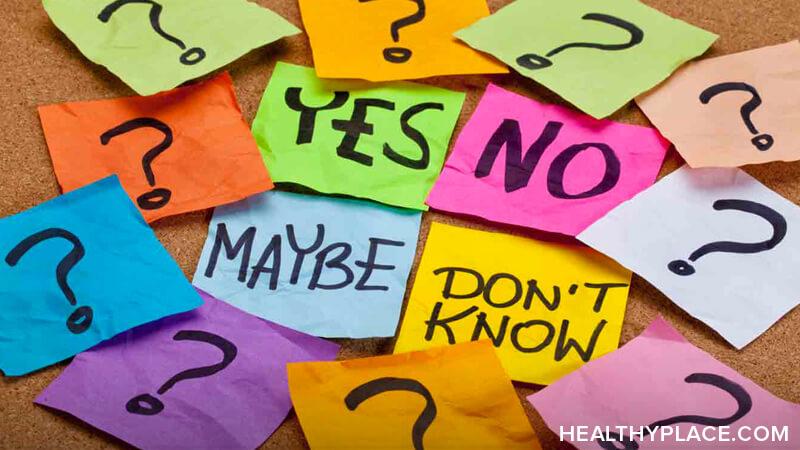 Grey area verbal abuse makes it hard for you to tell who is an abuser and who is simply human, especially after coming from a place of prolonged abuse. How do you tell an abuser from someone unintentionally hurtful? This was a question I hadn't considered after I broke free from my narcissist.

When I started dating again, I felt a false sense of security because the narcissist I had been with was gone, but I had yet to face the psychological damage from years of emotional distress. Needless to say, I was triggered a lot. I kept thinking everyone I dated was an abuser. Some were, but most were simply humans with baggage just like me. This became a confusing journey of getting to know myself, getting to know my triggers, and figuring out how to communicate with significant others.

What Is Grey Area Abuse?

After you leave an abusive relationship and become fully aware of the behaviors and tactics of the verbal abuser, it's easy to think you're seeing those traits in everyone. Imagine a red car. Think about how many types of red cars exist. Now, when you're on the road, you may be inclined to see more red cars because I've put the idea in the forefront of your mind. That doesn't mean there are actually more red cars, but when we focus on something, it can feel like the idea is manifesting everywhere we go.

The same can be true for verbal abuse. After coming out of what I'll call an abuse awakening, it's easy to think everyone is a verbal abuser. And in one sense, that's true. Many people use verbally abusive tactics, but the majority of people are using behaviors they learned during childhood and are exhibiting unconscious responses. Unlike narcissists, there are many people in this world who aren't intending to harm. These people simply aren't aware of their behaviors and patterns. Typically, these people have good hearts, but they have poor communication skills and negative reactions to conflict.

After years of therapy and self-work, I labeled this concept grey area abuse. This type of abuse isn't intentional, it's not meant to harm, but there are emotional consequences that stem from these interactions.

There are a lot of people in this world not doing their inner self-work, and when you encounter one of these people, especially after your abuse awakening, it's hard to determine a motive. But just like the verbal abuse victim who is unaware of his or her situation, these grey area abusers fall into the same category. They may think yelling is a normal way to communicate because that was their form of communication during childhood. They may think placing blame is normal because no one ever taught them to take responsibility for their actions. Grey area abuse can look a million different ways, but the underlying issues are poor communication skills and a lack of self-awareness.

Does this make the behaviors right or okay? Absolutely not, but should we write off anyone that shows what could be perceived as verbal abuse? To me, the answer is no and here's why. For years, I was unconsciously moving through the world unaware of my actions and their consequences. Part of my behaviors stemmed from drug abuse, but those issues were formed due to trauma and repressed events I hadn't uncovered yet.

Now that I am consciously working through my baggage, I think about others who are doing the same. I think about the people in my life who called out my behaviors, who stuck with me through my dark days, and the special individuals who compassionately helped me break my negative patterns. Without them, I wouldn't be here today spreading a message of love and light. Because of these role models, I try not to partake in cancel culture due to missteps.

Does this mean you should put up with another person's garbage? Heck no, but it does mean vigilance. If you see an abusive trait, it needs to be called out. If you notice a red flag, it needs to be addressed. Ultimately, this could be a teachable moment, however, there is a big but that goes along with this train of thought. It may not be the other person at all. You may be experiencing a trigger that has nothing to do with the other person and everything to do with you. This is the part of healing when the waters become murky.

Signs a Person Is Working Towards Healthy Communication

To help clarify this concept of grey area abuse and moving beyond triggers, I wrote down some signs that your partner is taking steps in the right direction. To me, these are signs the other person is trying to move beyond learned behaviors and patterns of abuse just like you are.

While this list is meant to shed light on the other side of abuse, it's not one size fits all. What I can say is if you're afraid to share your feelings and or you share yet consistently feel unheard or put down, it may be time to evaluate your needs. If you are constantly doing the emotional work and your partner refuses, it will be difficult for the negative behaviors to change and nearly impossible for the relationship to move forward.

The Decision to Leave

Deciphering grey area verbal abuse can be tricky, especially if we have deep wounds from a previous relationship. Everyone is different and heals in his or her own way, but there is one piece of universal advice I want to give you for your journey.

You do not have to be someone's teacher, and you certainly don't have to put up with anyone's abusive baggage. You are not your significant other's parent, policing body, or life coach. It's your choice to stay and do the work, but you always have the option to leave and find peace, guilt-free. If you feel you are unable to do so, and you know it's truly what you want, I encourage you to reach out for help.